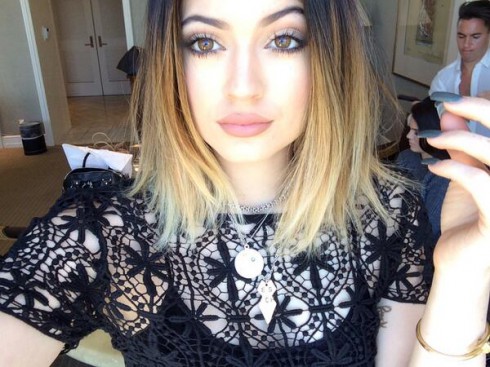 There has been a lot of speculation in recent months that 16-year-old Kylie Jenner got some kind of plastic surgery — with lip injections, a nose job and breast augmentation all thrown around as possibilities.

The rumors reached a fever pitch last winter when Kylie was hospitalized following a trampoline accident. She posted a picture with her hand over her nose, indicating she needed some corrective procedure. That led people to speculate it was a crafty coverup for a planned nose job. 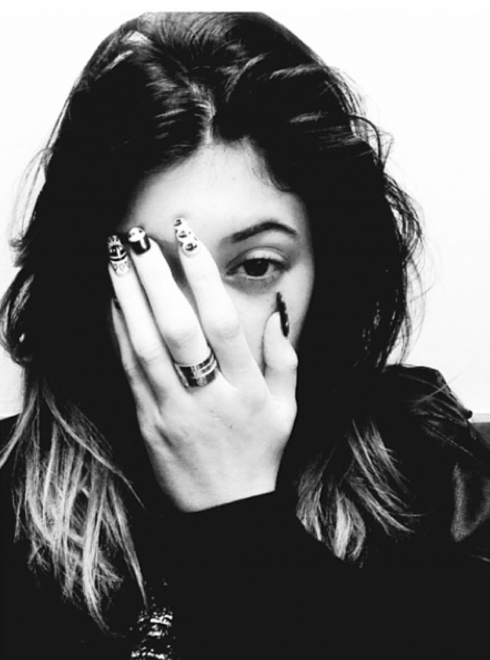 “Her face has changed. Considering the work her sisters have had, I wouldn’t be surprised if she got an early start,” a “top doc” told In Touch in March.

The teen’s rep said the report was “so ridiculous and not true” at the time, but Kylie hasn’t spoken out until now… In a series of tweets this morning, Kylie said the reports are hurtful and insulting. She added her changing looks are due to puberty.

One minute after reminding people about her age, she tweeted-n-deleted “the wonders of putting a little makeup on.” She then retweeted some supportive messages from friends…

“@haileybaldwin: @KylieJenner they just don’t wanna believe people can be naturally beautiful.” I love you

“@jordynwoods: @KylieJenner puberty is a beautiful thing” I LOVE YOU

Still, there’s no denying that Kylie’s looks have drastically changed throughout the past months.

^ Before & After Kylie Jenner: Seven months ago, three months ago and this week.

Fortunately, she can lean on her sisters for support… Lord (Disick) knows they’ve all battled similar rumors.