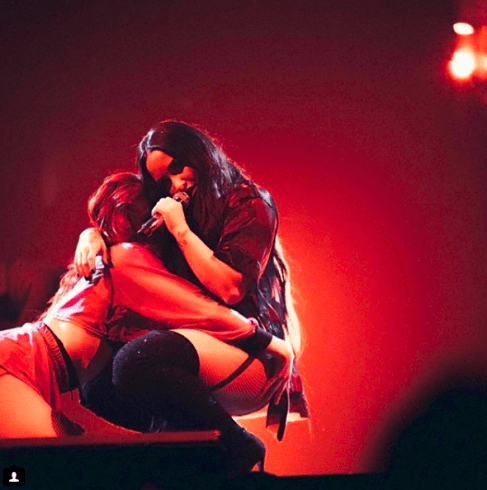 Because Demi Lovato suffered a near-deadly overdose on a opiate cocktail after a birthday party with her backup dancer Dani Vitale, many have jumped on a bandwagon to speculate that Dani is partly to blame for Demi’s drug use that evening and early morning. Dani spoke out Friday in a lengthy note defending herself and denying her involvement in her boss and friend Demi Lovato’s overdose.
.

“For the first time in my life I was witnessing how disturbingly sick so many people are on the Internet,” she writes. “‘Oh just let it go, you don’t know them.”Dani, they have no idea what the truth is, they just want a rise out of you to get noticed.’ These are some of the things I’ve heard all week. NO. Those words I and you read are real and it affects us no matter how strong and secure we are.”

“I have never TOUCHED nor even SEEN a drug in my entire life. I DO NOT DO DRUGS, nor would I ever encourage, or supply them to anyone I love,” Dani continues in her long statement about these events. “This UNTRUE narrative is damaging innocent people’s lives, mine included. We are so quick to point the finger with little to ZERO facts at all.” 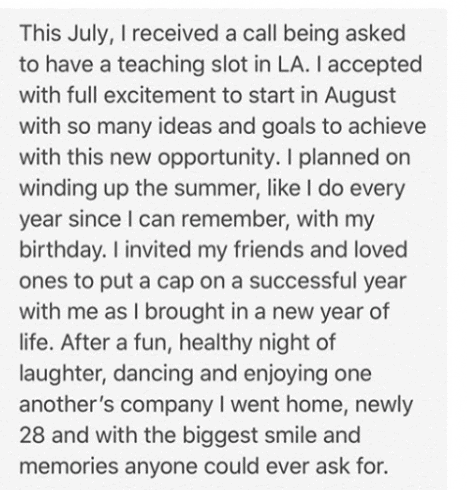 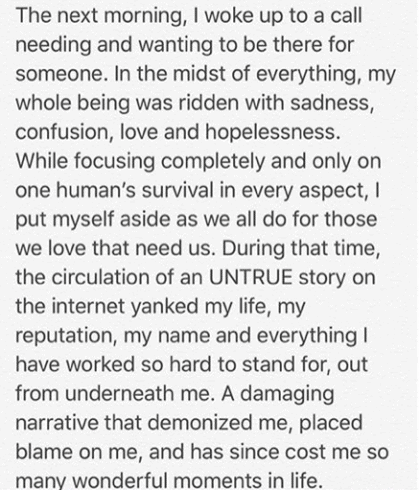 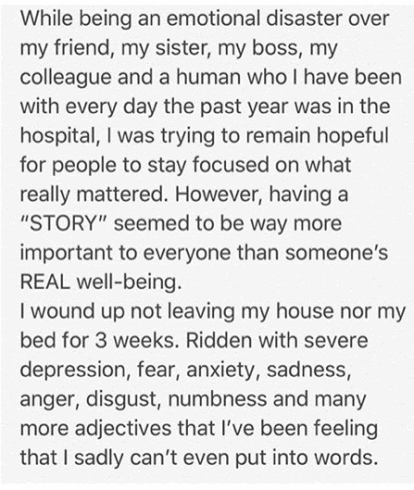 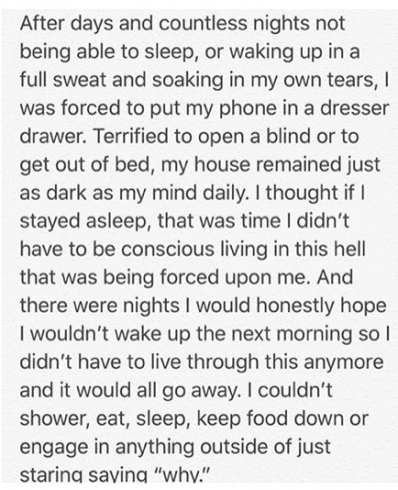 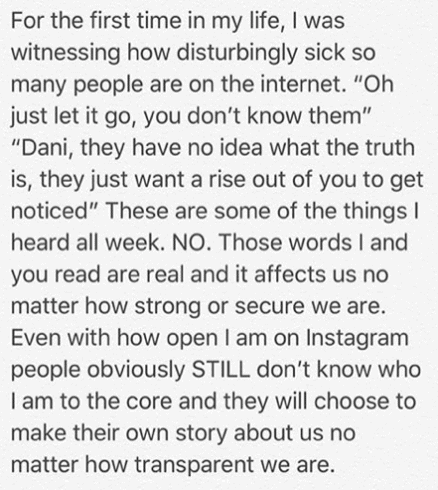 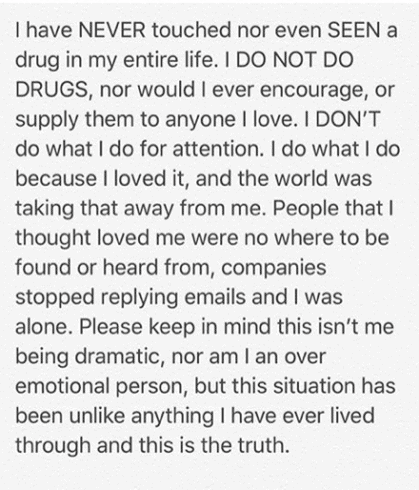 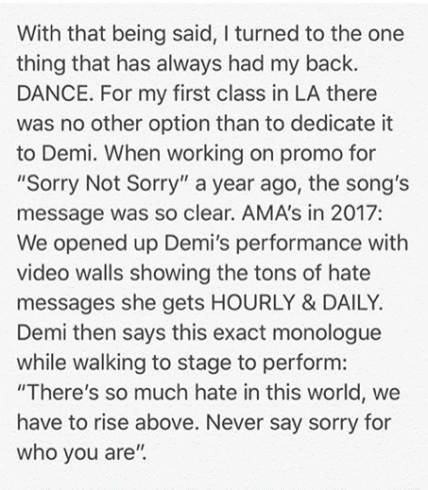 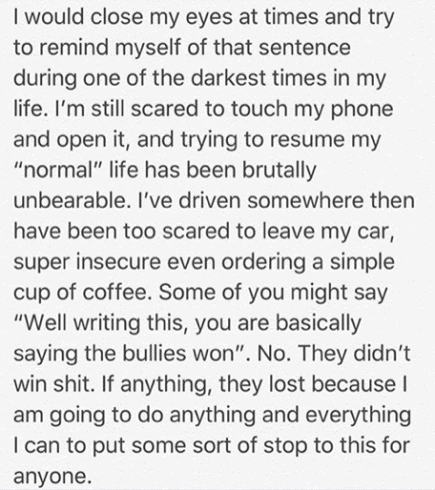 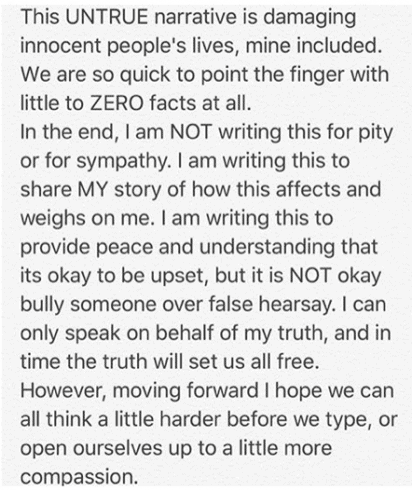 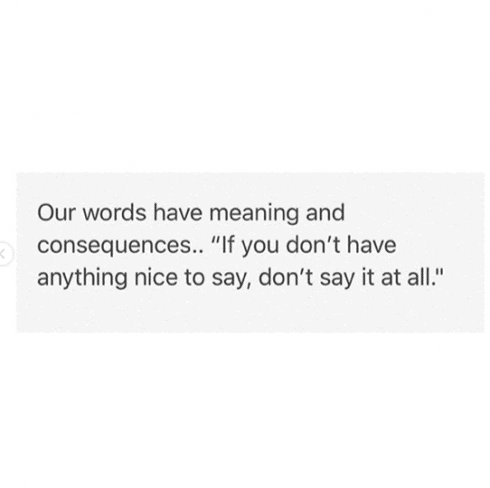 Demi, who has struggled with drug addiction for year and was sober for over six years before breaking her sobriety with drinking a few months ago, is said by media outlets like TMZ to have overdosed on a mix of oxycodone laced with the powerful and often deadly fentanyl.

TMZ alleges that a man named Brandon Johnson is Demi Lovato’s drug dealer, and allegedly did drugs with the night of her overdose. He denies supplying the pop singer with her dangerous drugs, but TMZ alleges that the night of Demi’s overdose, she texted him to come over and the duo supposedly”freebased Oxycodone on tin foil.” Johnson was arrested twice this year: in March and June, and both arrests involved drug possession charges.

Regardless of what happened, there are multiple reports that someone in Demi’s camp found the singer unresponsive at 11 a.m. 911 was called and Narcan, the anecdote that reverses the effects of an opiate overdose, was administered to her, which probably saved her life. Narcan is a powerful life-saver when it comes to opiate abuse, but it does sometimes fail. Bethenny Frankel’s boyfriend was also administered Narcan to combat an opiate overdose, but unfortunately he still passed away.

Demi Lovato is currently undergoing intensive rehab and mental health care in order to help her continue to deal with a powerful addiction. “What I’ve learned is that this illness is not something that disappears or fades with time,” she wrote on her Instagram after recovering from complications related to her overdose. “I look forward to the day where I can say I came out on the other side.”

There is a lot of pressure for people struggling with addictions, especially those in such a prominent position, to be immediately “cured” of their addiction, especially after a crisis, but that’s simply not reality. It is often a life-long journey to stay healthy. Hopefully Demi Lovato’s very public struggle is helping to educate people about addiction and help people going through similar things feel less alone and find the strength to take care of themselves and get better.

Kris Jenner says Scott Disick is back in the family