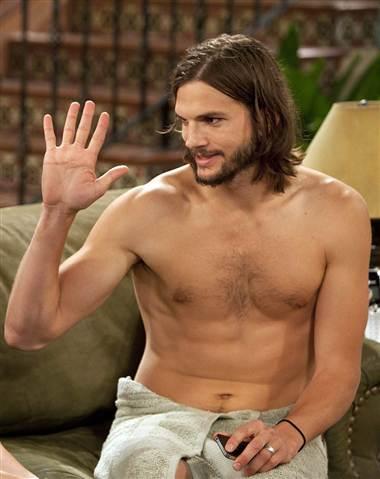 Sara Leal spoke with US Weekly with more detailed details about her one night stand with Ashton Kutcher. She dissed about how many times they had sex (three times,) how Ashton wanted a threesome with her friend (who bailed when Sara when the bathroom,) their pillow talk topics (Ashton wanted Sara to believe in love,) and how Ashton’s bodyguard actually confiscated her cell phone. Despite the fact that it’s sad that Ashton’s married to Demi Moore and this happened on their six-year wedding anniversary  (but honestly, nobody has any idea what’s going on with that marriage), none of this is really shocking.

What is shocking, however, is that throughout the whole night Ashton’s bodyguard Luke was dressed like a priest! WTF?

Some fast facts from Sara’s US interview:

This was the 22-year-old’s first one night stand.

She claims Ashton said he was separated, and she only found out about Demi after she Googled Ashton later.

After sex they talked about how they were born under the Aquarius sign, and Ashton laughed at Sara for being a Lutheran Republican Texan.

Ashton inquired if her parents were split, and because they were, if she believed in love. When Sara Leal responded “I believe in love, but not really,” Ashton, ever the romantic, told her that she shouldn’t feel that way, and that she “needed to believe that that stuff is real.” Then he initiated sex with her again.

At 8 A.M. Ashton woke up and looked at Sara’s text messages, finding an early night text to a friend about him. He scolded Sara, and eventually Luke the Priest Bodyguard came in to confiscate the phone until Sara left.

They fell back asleep, and Sara woke up at 9:30 A.M. sober and freaked. A sober Ashton checked out her body to make sure he had picked out a pretty girl with last night’s liquor eyes (he decided he had done well), and Sara got her phone back from Father LUke, and left.

Despite all this one-night-stand on his anniversary stuff (and reports from a year ago of similar things happening) Ashton and Demi are making a show of trying to work things out. After briefly unfollowing Ashton on Twitter, Demi followed him again, and despite not talking to each other on Twitter (a BIG deal in their marriage) Ashton tweeted support of his wife’s directorial stint on the Lifetime movie 5.

They also went camping a few days ago with their Kabbalah counselor Yehuda Berg and Kutcher’s pal, Eric Buterbaugh, but didn’t look too happy (they also were probably grumpy at the other campers snapping photos of them. Despite the fact that the whole set-up looked arranged, Demi reportedly got angry at the people snapping the pics, asking them not to “expose” their camping trip to the public.)

Here’s a video of Sara talking to US, enhanced with broody-moody poses!