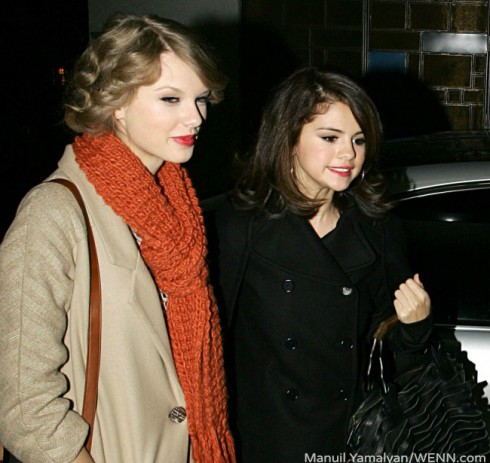 Taylor Swift and Selena Gomez are two of the closest friends in the entertainment business — or, at least, they were until Justin Bieber allegedly drove a wedge between the girls. According to a new report in Us Weekly, Selena’s turbulent relationship with Justin isn’t resting so well with Taylor.

“Taylor hates him. She thinks Selena makes a mistake every time she reconciles with him,” a source said. “Bieber has really come between the girls.”

Indeed, Taylor hasn’t made a big secret of her disdain for the Canadian-born singer. During the Billboard Music Awards in May, the “I Knew You Were Trouble” singer stuck her tongue out when she noticed Selena and Justin kissing. Later, when she was asked about The Biebs, Taylor declined to comment and requested another question.

Justin is reportedly also frustrated by Taylor’s influence over Selena.

“He complains Taylor’s always telling Selena she can do better,” a source said.

Although it may be true that Justin is a source of contention between the girls, he certainly hasn’t ruined their friendship. According to both Taylor and Selena, they are still very committed to keeping the last “F” in “BFF.”

A rep for Taylor confirmed to Us Weekly that the two girls’ friendship is in tact.

Shortly before Selena’s 21st birthday in July, Taylor tweeted a touching picture of the pair and said Selena was the closest thing she’s ever had to a sister. 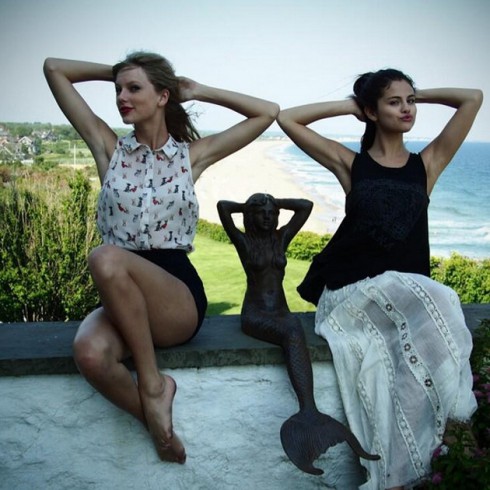 Selena also has kind words for Taylor, calling her “one of the most incredible sweet people ever” on an episode of The Talk just yesterday.

As Selena’s relationship with Justin continues to be on-again/off-again, it’s good she is able to rely on her stable friendship with Taylor.