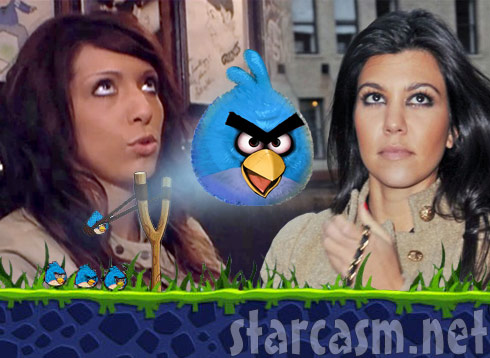 Teen Mom star Farrah Abraham set off an online maelstrom yesterday when she tweeted she was “shocked” that Kourtney Kardashian is pregnant again and then going so far as to suggest the pregnancy might be fake and asking “Did she not learn anything from TEEN MOM?”

Kardashian pal, and former target of Farrah Abraham’s Twitter disdain, Demi Lovato was the first closely connected to Kourtney to respond. Soon after Kourtney herself would respond as did her boyfriend and two-time baby daddy Scott Disick and sister Khloe Kardashian – with Scott’s response being brutally condescending and disdainful, referring to Farrah as “some sh!t stain on twitter.”

Most major news outlets picked up on the story and initially Farrah was silent in response, sharing seemingly unconcerned and unrelated tweets such as “FeelinFab!!! In »FL« headed to Art Bassel Events :)))) love my artsy friends.”

But Farrah finally did respond specifically to the controversy earlier today in an attempt to clarify her position:

4 all who misunderstood: regards to kourtney K.~ I hope she takes her relationship w/her boyfriend more serious 4 their children-takecare

Here are screen captures of the complete Farrah Abraham Kourtney Kardashian Twitter feud and fallout in the order that it happened:

UPDATE – Farrah is now asking if Scott Disick’s “sh!t stain” comment about her was racist! CLICK HERE to find out more!