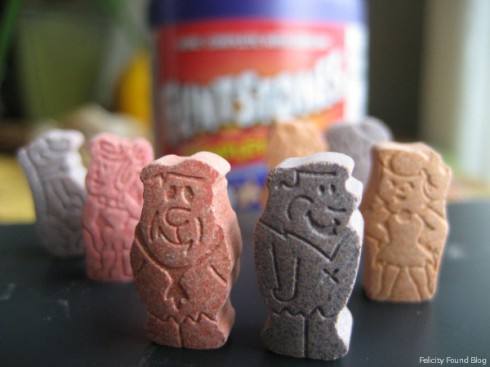 It’s something of a tradition for American kids to force down a daily Flintstones vitamin under a parent’s watchful eye. The habit becomes so ingrained that most of us continue to take vitamins — at least on a semi-regular basis — through adulthood. But, have you ever really stopped to think about whether multivitamins are beneficial?

Based on a 2006 report from the Harvard Medical School, they are helpful — but not cure-alls.

The daily multivitamin pill is no substitute for a good diet. But none of us is perfect when it comes to healthful eating. We may know all about the virtues of leafy green vegetables and whole grains, but convenience and cravings lead us astray. The multivitamin is partial protection from our lapses.

The report also warns vitamins don’t work as “get out of jail free” cards for serious health issues such as cancer, diabetes, heart attacks and Alzheimer’s disease. Don’t assume you are protected just because you pop some pills!

The good news is that it’s really not too complicated to eat a nutritionally balanced diet. Just try to work in some variety by enjoying meals rich in fruits, vegetables, legumes and whole grains.

“Unlike pills, those foods contain fiber plus thousands of health-protective substances that seem to work together more powerfully than any single ingredient can work alone,” stated Consumer Reports in 2010.

If you do decide to take vitamins, Harvard Medical School found the best bet is a multivitamin. That’s because, just as there are risks with vitamin deficiency, there are also potential issues with having too much of a certain nutrient. For one, water-soluble nutrients will just be expelled if you take too much; in crude terms, you’ll be flushing your money down the toilet. On the other hand, fat-soluble vitamins are stored in the body. This can be dangerous if your body reaches a level of toxicity. For example, Vitamin D is a popular supplement that is also found in fortified foods. However, the National Institutes of Health reports excess amounts of Vitamin D may result in serious health issues, including heart and kidney damage.

In a few cases, specific supplements can be helpful: As a anemia-prone, strict vegetarian, I took my doctor’s advice and started taking B12 to help me avoid a deficiency. (And a well-rounded, meat-free diet keeps me perfectly balanced in every other nutrient department.) When in doubt about those kinds of things, just be sure to check with a pharmacist or doctor.

Also avoid being swayed by celebrities who endorse “fountain of youth” vitamins. Unlike prescription and non-prescription drugs, dietary supplements are not regulated by the FDA. Therefore, they are considered to be safe until proven otherwise… Which is the exact opposite process taken with drugs. Vitamin companies can also get away with making way more unsubstantiated claims about the benefits. What’s more, the Consumers Union found that nearly half of bargain-priced vitamins were proven to inflate the listed amount of at least one nutrient. While this shouldn’t harm people with otherwise well-rounded diets, it can be an issue for those depending entirely on vitamins for vital nutrients.

STUDY Shacking up is on the rise, but so is unwed pregnancy