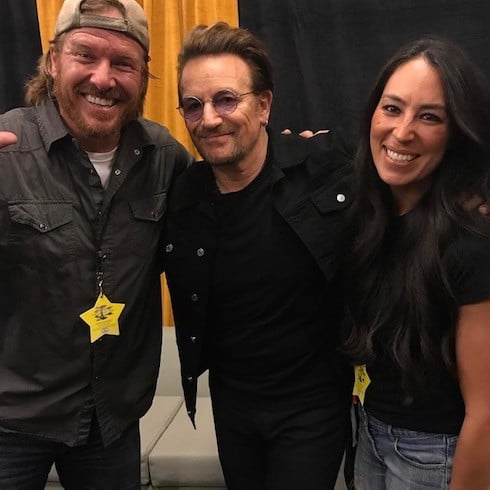 The past few months have seen a vast proliferation of genuine fake news about HGTV’s super smash hit Fixer Upper. There are always a few made-up stories in-between seasons; this year, though, the fakery really took off thanks to the controversy involving Chip and Joanna’s Waco pastor, whose anti-gay sermons generated significant controversy for the first time in the show’s history.

In fact, things got so bad this past spring that Joanna herself addressed the proliferation of Fixer Upper rumors in a now-viral blog post. At the time, the gossip du jour involved wild speculation about Joanna quitting the show (or being pregnant with she and Chip’s fifth child, or both). Now, it seems the biggest rumor is a simple, seemingly unbelievable question: Are Chip and Joanna Gaines moving out of Texas?

If the question seems laughable on its face…well, there’s really no getting around the fact; it is laughable. For starters, Joanna and Chip have four kids in school in Texas, and have stated time and again that their number one priority is keeping their family stable–and as far from the limelight as Fixer Upper‘s popularity will allow.

Beyond that, there’s the fact of the growing Magnolia empire, which already encompasses a TV show, a home crafts store, a bed & breakfast, a bakery, a magazine, and a diner–all of it based in Waco. Chip and Joanna are as closely aligned with their hometown as Nicole Curtis is with Detroit, or Ben and Erin Napier are with Laurel MS. From a business standpoint if nothing else, it makes no sense for the Gainses to leave Waco–departing would do irreparable damage to their brand.

Finally, it’s worth pointing out that the casting call for Fixer Upper Season 5 stated explicitly that applicants had to live Waco or greater McLennan County to be considered for the show. And the fifth season of the show has been filming for months. So, unless you’re a wide-eyed conspiracy theorist looking for a new fix, you can pretty much put the notion to bed.

We’ll close the door on this particular Fixer Upper rumor by quoting some of Joanna’s common sense words from her infamous “Don’t believe everything you read” blog post of a few months back. “Always remember,” she said at the time, “if you’re reading big, exciting news about us, and we did not confirm it on our official sites, then proceed with caution.”

Fixer Upper Season 5 is expected to debut later this year.

(Photo credits: Are Chip and Joanna Gaines moving out of Texas via Instagram)

Bambi Benson and Lil Scrappy, hounded by domestic abuse rumors, appear to be done for good