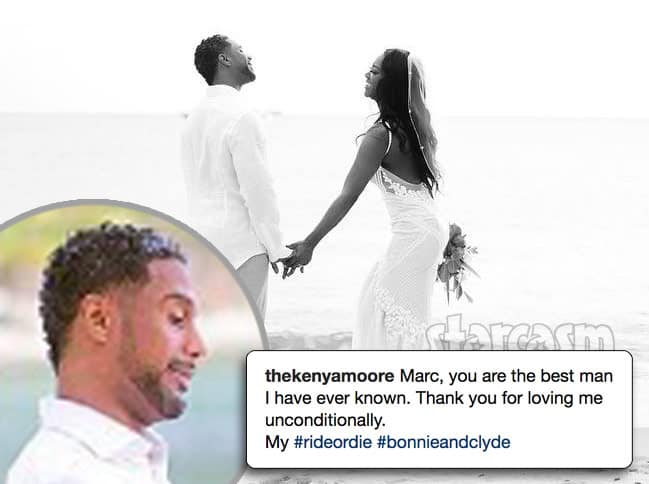 The Real Housewives of Atlantaverse is still in shock after Kenya Moore ran off and secretly got married in St. Lucia last weekend. After previously going to extreme measures to protect Mr. Kenya Moore’s identity, a website revealed the mystery hubby’s name, and Kenya has since shared a wedding photo in which you can clearly see his face! 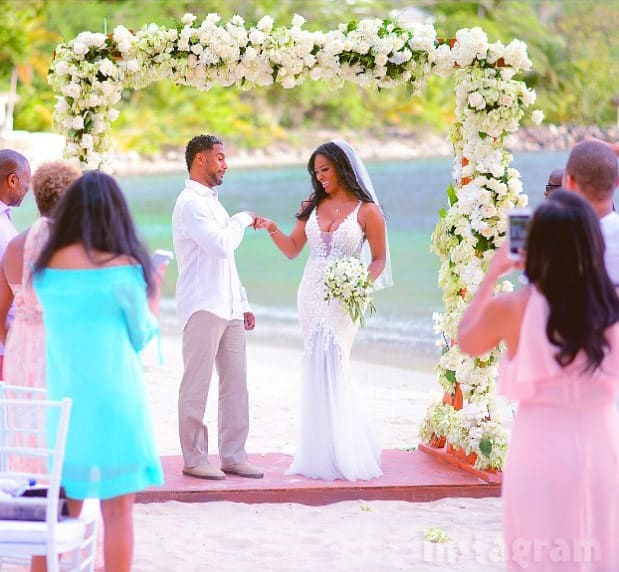 “Marc, you are the best man I have ever known. Thank you for loving me unconditionally,” Kenya captioned the photo, before adding: “My #rideordie #bonnieandclyde.”

Here is a zoomed-in look at Marc: 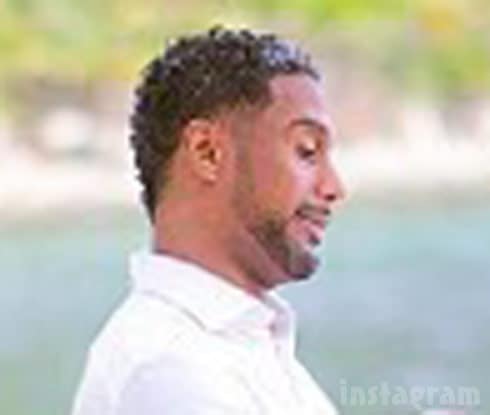 And another photo of the couple looking like a Hallmark anniversary card: 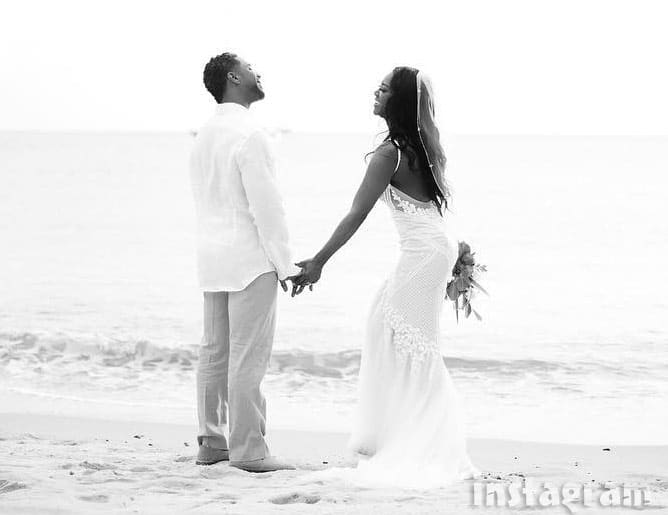 The name Marc matches up with a Media Takeout report, which revealed the identity of Kenya Moore’s husband to be Marc Daly, a restaurateur from New York City who owns the popular Southern Fusion restaurant SoCo in Brooklyn. “Marc is a former investment banker,” the site adds, “and would SHUT DOWN the back of his restaurant – so that Kenya could eat in peace.”

I did some intensive online sleuthing and I could find no connection between a Marc Daly and the SoCo restaurant. (I recommend not researching SoCo unless you just ate — OMG those red velvet waffles look soooo damn good!)

Here’s an excerpt from a profile of the hip eatery published by the NY Daily News in 2011:

On July 18, after years of dreaming and months of planning, Peter Best, Malissa Browne and Sim Walker opened the doors of SoCo, a Southern style eatery with Carribean influences in Clinton Hill.

And from the restaurant’s “About Us” section:

So Jazzy, So Brooklyn, SOCO! That’s the creation of famed Negril restaurateurs Peter Best, Malissa Browne, and Sim Walker. Over the years, the trio have developed a reputation for serving the best Caribbean food and choose Brooklyn for their latest Southern Fusion endeavor.

Ummmm… So perhaps the identity of Kenya Moore’s husband still remains a bit of a mystery? It seems Media Takeout got the first name right at least — or else Kenya is just having a little fun at our expense. Either way, I am sure we will know more soon!

On a side note, DING DANG Kenya sure made for a beautiful bride! I think even Sheree would have to concede that point. And the ceremony looked surprisingly subdued, and almost as perfectly elegant as the bride! I’m sure it is just as Matt Jordan imagined. (Sorry, couldn’t help it.) 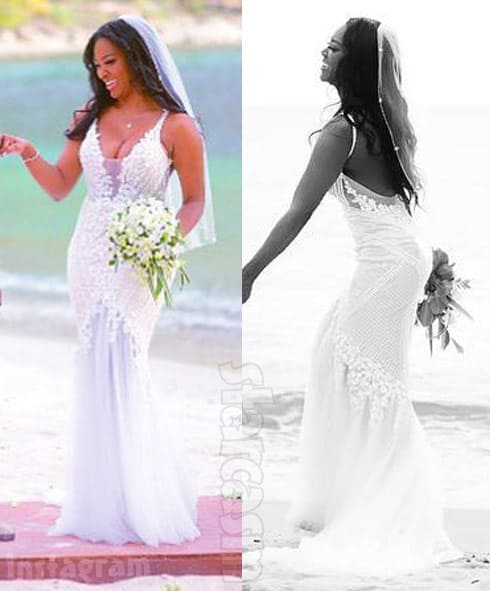 Oh, and let me be the first to start the rumor that Kenya Moore will be making the transition to The Real Housewives of New York City. If Marc really does own a restaurant in NYC (even if it isn’t SoCo) then I think it would be a lot to ask for him to relocate to Atlanta — so it would only make sense for Kenya to move to The Big Apple. There is the issue of leaving behind Moore Manor, however. That would be tough! (I am PURELY speculating here.)

CONGRATULATIONS again to Kenya and Marc! I hope their life together twirls on happily ever after. 🙂