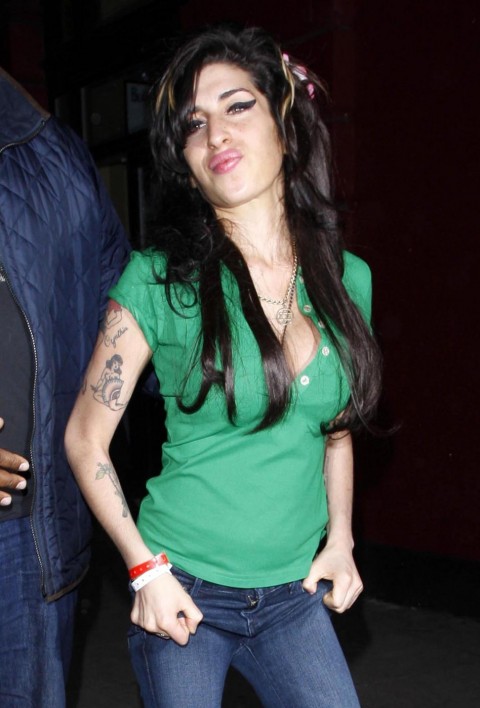 While we all know Amy Winehouse’s true love is Blaaaake, but for practical reasons, that had to end. It looks like Amy is moving on with a new boyfriend, director Reg Traviss (see pics here). Amy’s dad Mitch Winehouse broke the news (gotta love parents) and calls him a “normal bloke” on British chat show The Programme.

But, who would be crazy enough to get involved with drama magnet Amy Winehouse? Here’s what we know: Reg is a film director with several independent films under his belt. He finished his latest film, Psychosis this year and released another film, Joy Division in 2006. That film is not about the classic 80s band, but a story about an orphan who fought against the Red Army in WWII who years later joins the KGB.

War is a common theme in Traviss’s work: his other films, JD Pilot and Apocalyptic Adventures On The Eastern Frontier deal with similar themes: the effects of devastation is a current that runs through all of them. Even his latest, Psychosis is bleak; a tale of a serial killer enacting a massacre at an environmental camp and a novelist who moves to the scene of the crime fifteen years later. This film looks like his biggest project yet, it stars American actress Charisma Carpenter in the lead, and is rumored to be slated to picked up by Lionsgate Films.

In any case, Reg seems like a promising, clean-cut guy straight off the Mad Men set who may be just the shot of stability Amy needs in her life. A friend tells the UK Sun that, “”He’s a decent bloke with his feet firmly on the ground. He’s cultured and talented and they talk and laugh about all sorts.”

As for Blake, he’s where he belongs: in rehab!

“Golden Voice” Ted Williams say no no no to rehab