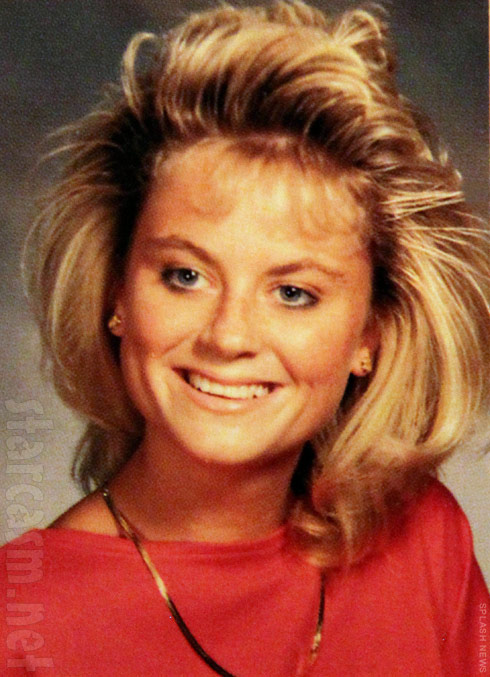 Just when I thought I couldn’t like Amy Poehler any more, I ran across these flawless images! First, check out A-Po’s senior portrait from the 1989 Burlington High School yearbook in which she is sporting a toweringly elegant ’80s hairdo – the construction of which must still be having a negative impact on the ozone layer!

And check out that above-the-sweater blingage! (The little ’80s high school kid inside me swoons)

But don’t think for a second that Amy and her flammable blond super-pompadour landed her on the wrong side of the Mean Girls fence at this suburban Boston educational institution ’cause the Poehlernator was a member of the always-popular cheerleading squad! Huh? Yup! Here’s a group shot of the squad including Amy – something tells me you will be able to pick her out right away: 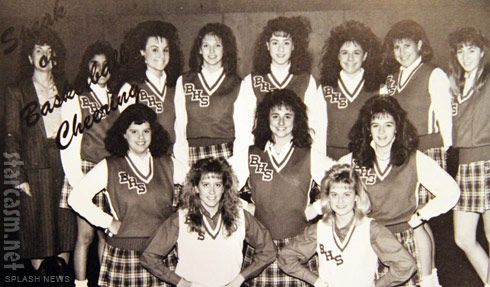 What the heck?!? That school has more brunettes than a Kardashian family reunion! Wow – the only blond cheerleader in high school. So much for being the geeky funny girl that couldn’t get a date that I always imagined when I thought seriously about Amy Poehler’s time in high school.

In addition to being a member of the basketball and and soccer cheerleading squads, Amy was also senior class secretary, was a member of the Burlington High School National honor Society, and came in second place for the “Most Casual” award. Amy showed off her already well-developed wit by writing this little gem for the yearbook’s “Last Will and Testament” feature:

I, Amy Poehler, leave my brother Greg the reminder that without me he is nothing.

And speaking of well-developed wit, check out this instantly classic joke I just came up with (and I’m sure Amy has heard a million times before) Poehler? I hardly know her! (It’s funnier than usual because it’s got “pole” in it!) 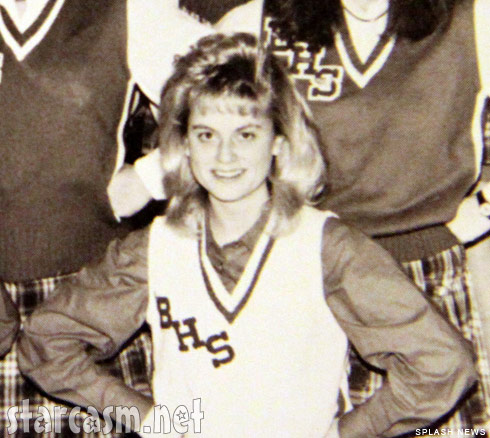