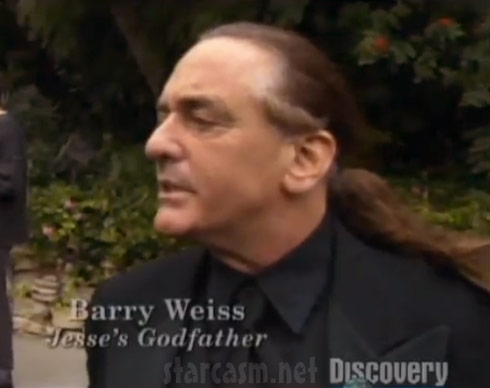 We did a post a while back revealing that Storage Wars star Barry Weiss is the “Jewish Godfather” of custom fabricator and fellow reality star Jesse James. At the time all we had were a couple mentions in interviews, but now, thanks to information provided by one of our commenters, we’ve discovered video evidence of the connection! Check out this video clip of Jesse James’ wedding to his second wife, adult film star Janine Lindemulder, from the Discovery Channel special Motorcycle Mania 3 in which you will see a long-haired (and not gray!) Barry Weiss make an appearance with the description: “Barry Weiss: Jesse’s Godfather.”

Here are a couple more screen caps of the long-haired Godfather Barry Weiss: 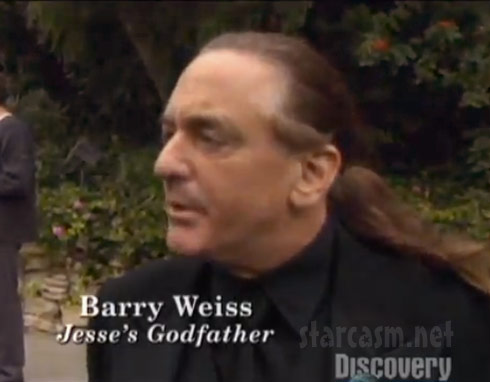 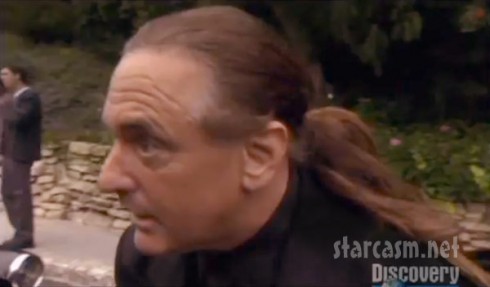 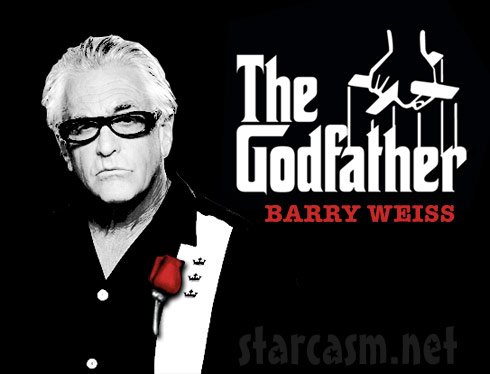 It’s obvious from his brief appearance that Barry has the exact same joking personality fans have responded so positively to on Storage Wars. He was the only one interviewed who turned the opportunity in a chance to Weisscrack. “I’ve know him since as they say, since he’s been about three years old,” Barry says of Jesse. “His father an I were dealers. [pause] Antique dealers!”

And you gotta love that pony tail! Perhaps that was Barry’s formal look, because back in the 1980s he apparently like to let his long hair flow freely.

If you pay close attention to the highlighted part of the clip above you will also see Thom Beers, who was the Executive Producer for Motorcycle Mania 3 and who would later go on to create Storage Wars (as well as numerous other hugely successful reality shows). It was his friendship with Barry that led to the eccentric collector being on Storage Wars! (You can read all about that story, as well as the story of how Barry Weiss made all of his money, allowing him to become such an eccentric collector in the first place, here!)

And just in case you were longing for another Jesse James and Barry Weiss connection, check out this post in which we reveal Barry’s famous sunglasses are from West Coast Choppers!