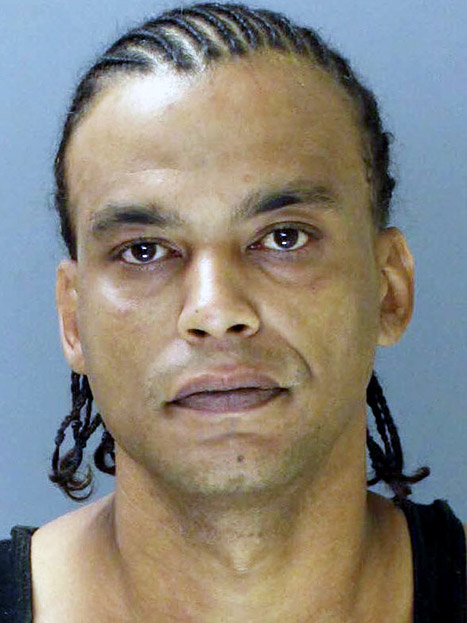 Amish Mafia star Alan Beiler (35) won’t be around for season 2. Thursday he was sentenced to 3-25 months in prison for charges related to a dramatic police car chase that occurred last summer.

He drove into oncoming traffic after being stopped for driving with expired registration, causing one of the cops to crash and get a concussion. A helicopter and canine unit were dispatched to help find him, and he was eventually found hiding in a barn where he was arrested with charges of attempting to evade police, drug possession, and driving on a suspended license. He plead guilty to the charges in May, and his attorney said his client had been drug-free for a year.

On the show Alan Beiler acts as main character Lebanon Levi‘s “event coordinator.” His job is to arrange parties for Levi that supposedly earn a lot of money.

Alan was born in Brooklyn, NY, and he and his mom were “adopted” by the Lancaster Amish when he was around 9-years-old. Before landing the role on Amish Mafia, he was pursuing a career as an actor and producer with focus on the Amish community. According to Hollywoodite before the show he had described himself as an actor and producer on MySpace, Facebook, YouTube, a Plenty of Fish dating profile, and a business website.

Here’s the bio that appeared on Vie Bisht Productions:

Alan is a producer/manager and his resume includes movie producer, actor, model, artist, television producer, agent, and manager. He works closely with National Geographic, and owns Simply Beautiful, an Amish modeling agency. Currently he has several television shows in the works and is focusing on building his resume even further.” The business tagline: “Welcome to the home of the black Amish man.

Will Bravo cancel Real Housewives of New Jersey because of Teresa and Joe’s fraud charges?