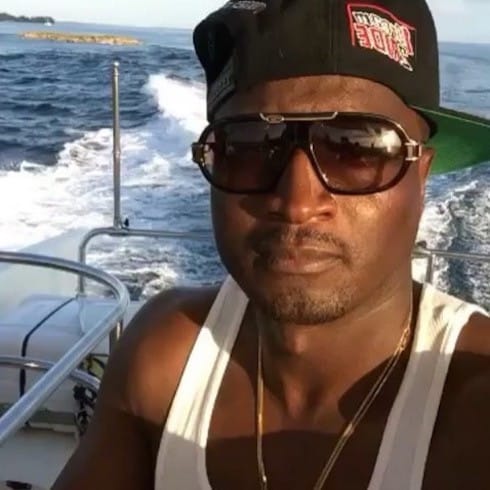 Baby mama drama is the name of the game for LHHATL Season 6, and Kirk Frost’s son Kannon is the hidden figure at the center of it all. The show has toyed with the identity of Kannon’s father for several weeks now: when Jasmine Washington first showed up claiming that Kirk was her baby daddy, Kirk simply denied everything. He did this despite the fact that reports linked he and Jasmine months before the season premiered–and after VH1 accidentally spilled their own tea on the story by mistakenly updating an article on the number of kids Kirk has.

However, Kirk has since confessed to Rasheeda that he is Kannon’s father–which syncs up with court documents Jasmine filed before the show dropped in which she sued Kirk for paternity and asked that he be ordered to resume the child support he cut off last October. But the LHHATL producers aren’t done teasing their audience; last night’s episode featured a fake-out involving Young Joc having slept with Jasmine, and the possibility that he’s actually Kannon’s father. (So, a quick spoiler for those of you who haven’t been keeping up: he isn’t. Kirk is the father.)

But baby Kannon’s “reveal” during Episode 4 of Season 6 was a part of that fake-out: the big question was whether or not Kannon looked enough like Kirk to really be Kirk’s son. And so, in response to that particular plotline, Kannon’s mother Jasmine’s current boyfriend Rod Bullock stepped up and delivered the first non-retracted, non-obscured pic of Kannon yet shared on social media. He did so while in turn talking about how he’s stepped up to be a father to the boy–something that Kirk, at least publicly, has yet to do: 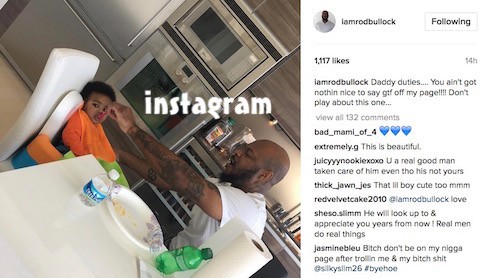 Of course, as we reported earlier today, it’s highly likely that Jasmine’s BFF Keanna Nicole, with whom Kirk had a fling last year, is just the second of at least three women Kirk was keeping on the side. And, if earlier reports are to be believed, the third of those women also had a baby with Kirk. So it’s possible that Kirk has been too busy checking in with the second baby (and baby mama) to see Kannon and Jasmine and Rod on the regular.

Confused? You won’t be–after the next episode of Love & Hip Hop Atlanta, airing Monday nights at 8 on VH1.