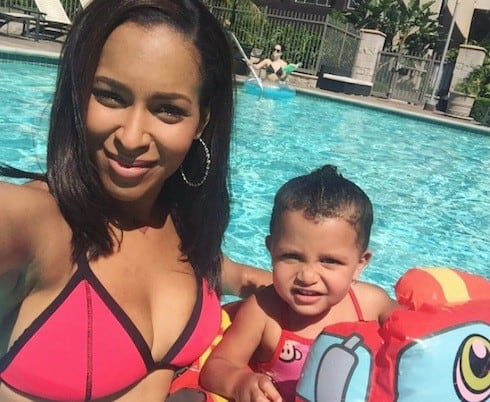 LHHNY‘s controversial couple might not have split up for good, but the reports Amina Buddafly and Peter Gunz separate rumors have been confirmed by none other than VH1. Fallout for the pair is ongoing, thanks to the strain placed on their family by revelations voiced at the LHHNY Season 6 reunion special–and Amina blames Tara Wallace for the break!

VH1 stunned LHHNY fans just after Season 6 came to a close; the network published an interview that confirmed the temporary split between Amina Buddafly and Peter Gunz. It was Amina who sat for the interview, and she pulled no punches: according to Amina, she left for Los Angeles (and took daughter Cori with her) because, in her view, Tara Wallace ran her out of town. “She really chased me away,” Amina said, “and she got what she wanted and I’m okay with that now because I know that was her goal and that was one of her biggest wishes that I was gonna go away. Just be gone.”

Amina also said that her stay in Los Angeles is “indefinite,” and that she has no plans to return to New York–possibly ever. “I’m not coming back to New York. There’s just nothing holding me there anymore,” Amina explained. “The only reason I really wanted to be there was my husband, and since it seems it’s not working out I left. I heard him in an interview saying he’s getting himself together and he’s working on that. It takes time, it’s not going to be in a couple of months.” 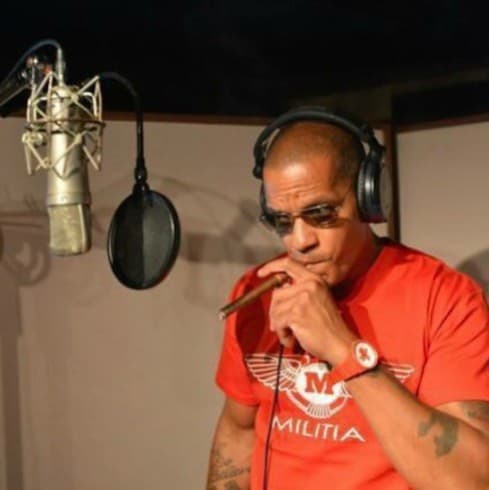 As for whether Amina Buddafly will quit Love & Hip Hop–something that she’s talked about as recently as this past January–the reality star sounded less definite: “I’m not against the show. I’m still open to showing my life, especially now that I feel like I’ve kind of taken control. I would want people to see that so I’m open to doing the show again.”

In happier news, Amina also confirmed that she and Peter’s child (which will be his tenth overall–click here for a complete list of Peter Gunz’s children) will in fact be a girl, and that the little girl’s name will be Bronx. “[Peter] suggested about seven names because he’s good with name ideas,” Amina said, explaining the somewhat unusual (but also completely fitting) choice. “At first I looked at all seven names and I didn’t really like none of them, and Bronx especially, I was like, never.

“But,” she went on, “after a while, I totally turned around and that was my favorite out of the names. We don’t have a middle name yet but it’s Bronx and it’s a girl.”

As for the most recent Amina Buddafly and Peter Gunz update? We do know that Peter was out in California for a visit just last week:

And we also know that Amina Buddafly’s pregnancy is now six months along:

#6months and I finally feel better as #babyBX is growing. (I’ve already gained almost 20lbs ?lol) ..Pregnancy is definitely not my thing but it will all be worth it in the end! Thank you @fashionnova for letting me be super comfortable all day in this onesie and still look good!! ??? (use code AMINA for saving 15%)

As for the show itself, VH1 has yet to announce when we should expect Love & Hip Hop Season 7 to debut.

RELATED ARTICLES: PHOTOS How many kids and baby mamas does Love & Hip Hop’s Peter Gunz have?

Amina Buddafly thinking about quitting Love & Hip Hop: ‘It’s unbelievable, what’s going on between the three of us’

LHHNY Did Cyn and Joe call off their engagement?