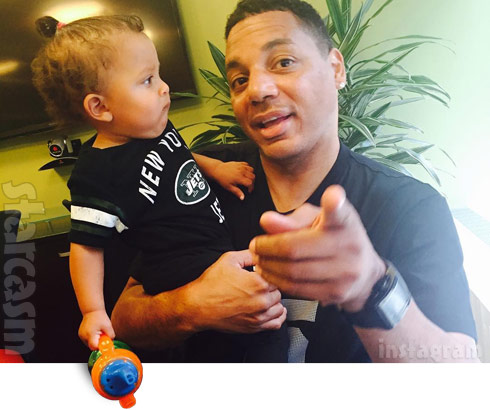 Earlier this year, Love & Hip Hop: New York star Rich Dollaz pulled off the rare feat of a reality show franchise crossover as he went from East Coast to West Coast by dating Love & Hip Hop: Hollywood star Moniece Slaughter. That series just wrapped up its second season, and tonight is the Season 6 premiere of Love & Hip Hop: New York, which still features Rich Dollaz. As you would imagine, Rich took the opportunity to gloat as he posted the following screen grab on Instagram and wrote, “The saga continues Mr Monday night is back at it !!!!!!” 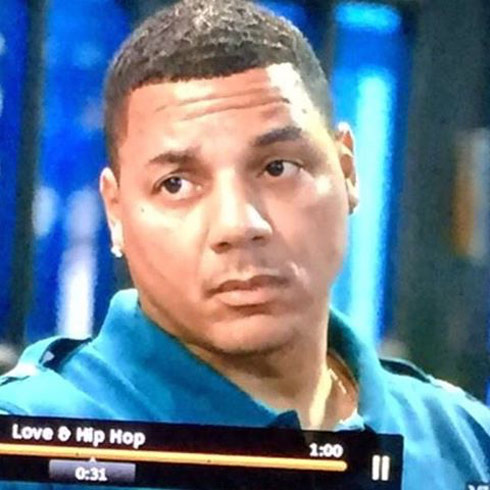 One commenter wasn’t too impressed with Rich Dollaz’ growing resume and perpetual screen time, and she wrote this angry response to his photo and caption:

OMG @richiedollaz how old are you? U come across as a desperate Reality Show hopper needing TV time. Now dating across shows. WOW the thirst is that real. @monascottyoung u need another script writer… LHHLA is A Joke fake ass friendships , relationships Just Fake!

As you might imagine, Rich Dollaz was none too pleased at the criticism, and he escalated things just a bit. (I should point out that the commenter used a photo of an infant as her profile photo, and she had only uploaded three photos to her Instagram account at the time. She has since deleted all of those.)

Here is Rich’s full response (since deleted) with some slight editing to make it PG-13:

Clearly your on my old ass d!ck @tjwrichardson so let me give u the attention u desire u pu$$y just keep watching the show and following me with out haters I mean fans like u id still b working records playing the block round instead of collecting checks the way I’ve been since season 1 thanks @monascottyoung life has never been better now take that baby outcha profile and reveal ya 3 pic posting ass Nevermind do us all a favor kill yaself sure ya kid would be better off n the states hands

Be sure to check out Rich Dollaz and the rest of the LAHH OGs when Love & Hip Hop: New York Season 6 premieres tonight at 9/8c on VH1.