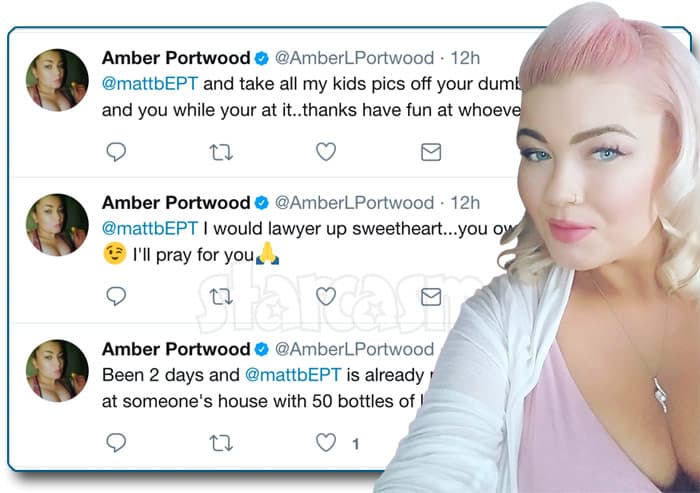 Numerous fans of Teen Mom OG (myself included) were speculating that Amber Portwood was publicly holding back her anger towards ex-fiance Matt until after she fulfilled her commitment to appear on Marriage Boot Camp Reality Stars: Family Edition — Well, it seems she has held up her end of the deal and now it is Matt bashing o’clock!

The official Matt dump took apparently took place just a couple days ago, after the two had been living in the Marriage Boot Camp house (with Amber’s mom Tonya) for about two weeks.

“Here’s to a long weekend!” Matt tweeted on Friday. “What are everyone’s plans for #FourthOfJuly weekend?” The tweet was accompanied by this animated gif of Drake dancing on Saturday Night Live:

Amber responded early in the AM this morning by tweeting “Long weekend of getting dumped?” That was followed by this string of deleted tweets: 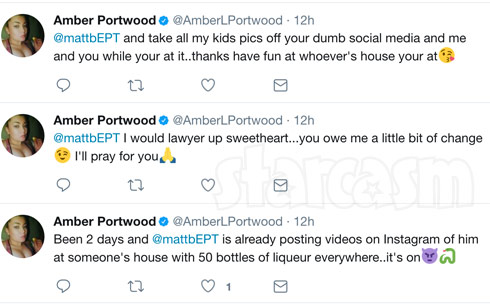 Oh snap! Of course, there is a growing army of women out there who will be the first to tell Amber that trying to track Matt down to get money is a difficult task. We certainly wish her all the best in that endeavor. 😉

Teen Mom OG ratings continue to fall, is this the beginning of the end?