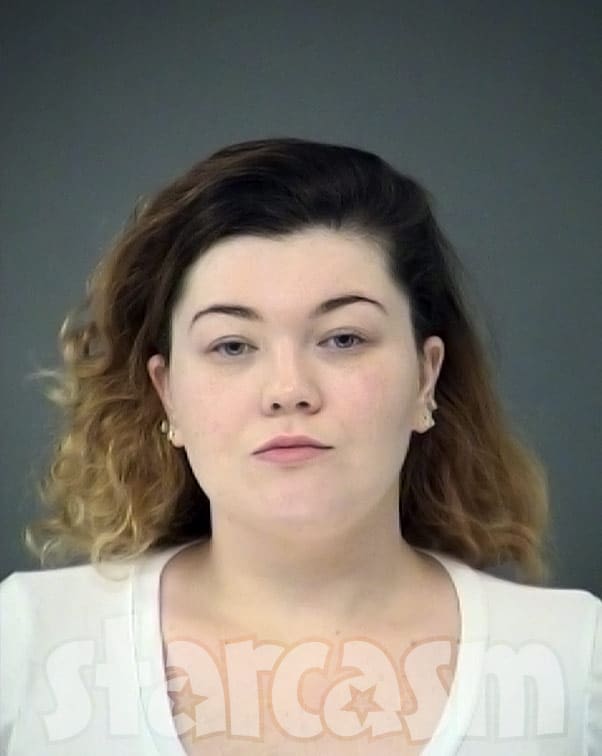 Teen Mom OG star Amber Portwood has been arrested again for domestic violence after she allegedly assaulted boyfriend Andrew Glennon at roughly 3AM Friday morning while he was holding their one-year-old son James.

“Officers spoke to the male victim, who stated his live-in-girlfriend and he were having a disagreement,” a police spokesperson tells Radar Online. “During which time the female, later identified as Amber Portwood, assaulted him, while he was holding their 1-year-old child….Officers spoke to Amber Portwood at the scene. She was subsequently arrested for her alleged actions in this incident.”

The spokesperson adds that the case will be turned over to the Indiana Department of Child Services, “as standard procedure on any case where a child was present during an incident.”

TMZ later obtained audio of the dispatch call for the incident in which it is revealed that Andrew texted police and stated that he believed his and his child’s lives were in danger.

According to RTV6 Indianapolis, Amber is preliminarily charged with felony domestic battery with a child under 16 present. She does not appear to have a bond amount set yet. Her next scheduled court appearance is July 8.

The alleged incident and the charge are eerily similar to Amber’s previous arrest for domestic violence in December of 2010. That arrest came after Amber was shown on Teen Mom slapping and punching Gary Shirley while their daughter Leah was in the room. The investigation would later uncover two other instances captured by MTV cameras in which Amber assaulted Gary in a rage.

Here are excerpts from the three instances from the affidavit:

COUNT 1: …Amber Portwood was extremely upset and cussing excessively at Gary to apologize to her father for what she claimed to be disrespect. Leah was placed into a child seat and sat on a bed. Amber walked directly over to Gary and shoved him up against the wall. Amber told Gary to shut up, slapped him on the face, choked him (hands around neck) and pushed him two times. She then threatened to beat his ass if he did not apologize. All of these incidents took place in the same room with their young, infant daughter, Leah.

COUNT 2: …The fight was about money and a cell phone. During the course of this fight, Amber was right up in the face of Gary numerous times. She slapped him approximately five (5) times, punched him with a closed fist approx (3) times and kicked him once. The kick was as he was walking down the stairs carrying a TV.

COUNT 3: …Amber went up to Gary and slapped him in the face. Amber then got into a fighter stance and punched Gary several more times in the facial area and the upper body. Initially Gary was sitting down, but got up and exited the room as the punches were thrown. Upon viewing the uncut footage, Leah is clearly sitting on the floor in the same room when the battery was occurring…

Click here for the full affidavit detailing those incidents. 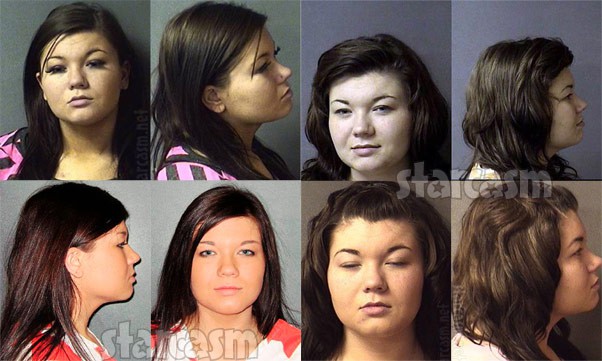 Amber would eventually violate her probation stemming from her conviction, and she opted to serve out her sentence in prison instead of attending a drug court program — something she has boasted about repeatedly on the show and online.

The reality star served 17 months before being released in November of 2013.

Amber began dating Andrew Glennon in July of 2017 after the two of them met on set of WE tv’s Marriage Boot Camp Reality Stars: Family Edition. Amber FINALLY saw her previous love interest Matt Baier for the habitual liar, con man, and overly fertile serial deadbeat that he was, and Andrew was right there working as a cinematographer on the show.

The couple welcomed their son James in May of last year, and things seemed to be going well for Amber and Andrew.

As evidenced from their scenes on Teen Mom OG, Andrew comes across as EXTREMELY patient and calm, which is an ideal match with someone like Amber. However, as evidenced on the current season, Amber is still having a lot of issues — including anger management. She still viciously lashes out at others (whether it is random people online, former Teen Mom 2 star Jenelle Eason, or Andrew himself) and being extremely patient and calm can only protect you (and your baby) so much.

There have been no public statements from Amber, Andrew, or Amber’s ex Gary Shirely — who was just sworn in this week as a police officer. Also quiet is former Teen Mom 2 star Jenelle Eason, who famously got into a heated social media feud with the OG star when Amber adopted her angry preacher tone to tell Jenelle that she needs to get out of her abusive relationship with husband David Eason.

My prayers are with @AmberLPortwood, Andrew, & most importantly baby James, idk any of the particulars, however I’m thinking of them. And for all the questions and concerns Leah was/is currently camping with her best friend.

And a reply from Amber’s brother Shawn Portwood:

Insane. I cannot wait to tell her what is on my mind.

UPDATE – Of course Jenelle could not remain quiet. The disgraced former Teen Mom 2 star, who has repeated more mistakes than any other reality star under the age of 30, shared this tweet moments ago:

All I have to say is at least I learn from my past mistakes. ??‍♀️

It appears that the Amber arrest story was first mentioned by Twitter user @Mamialyxo, who tagged numerous media outlets after her initial tweet.