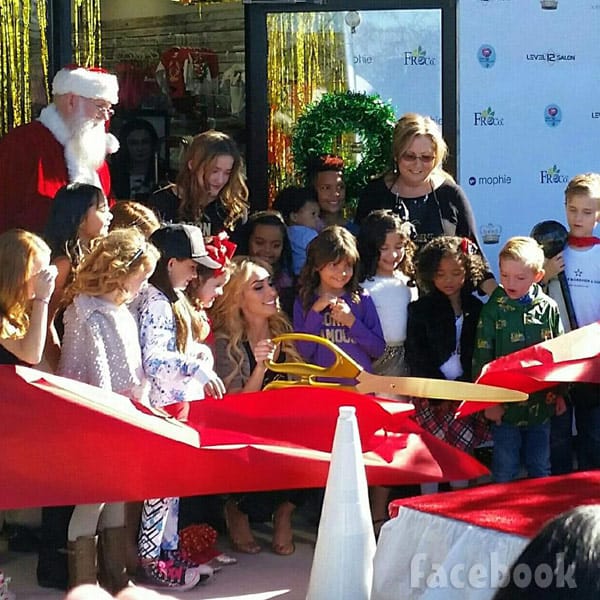 The daughter of Teen Mom OG star Farrah Abraham is following in her mother’s entrepreneurial foot steps as the seven-year-old celebrated the grand opening of her Sophia Laurent Children’s Boutique last week! Mom and daughter pulled out all the stops for the Sophiesta including a dog show, DJ, magician, Santa Claus, and a fashion runway show featuring kids wearing clothes from the store.

The boutique’s grand opening was actually on the same day as the official grand opening for the store next door, Farrah Abraham’s Furnished By Farrah furniture store and staging company. It was really crazy how much had to be organized between both grand openings, and I got the impression Farrah was completely in charge of all of it — which probably doesn’t surprise viewers of the show. 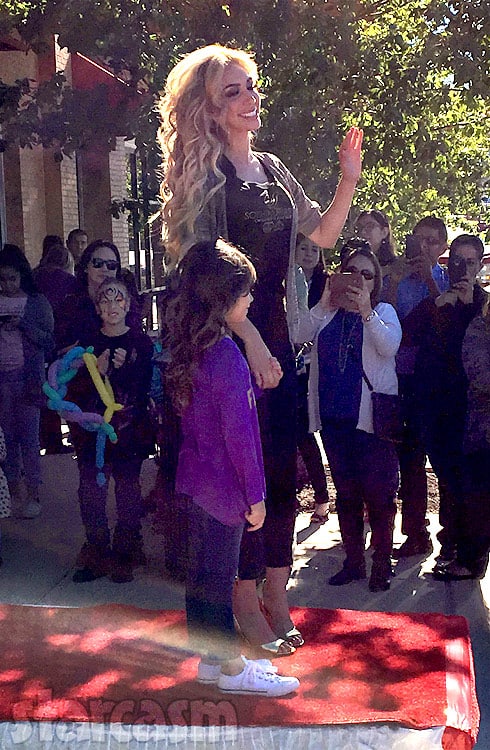 After playing hostess at the furniture store, Farrah changed clothes and got all of the festivities ready for Sophiapalooza — and amazingly, it all seemed to go off flawlessly! The dog show was funny and entertaining, even for the adults, and the red carpet fashion show was almost as fun for those of us in the audience as it was for the kids on the catwalk. Of course, there were a couple of standouts among the models that seemed to enjoy the spotlight more than most: 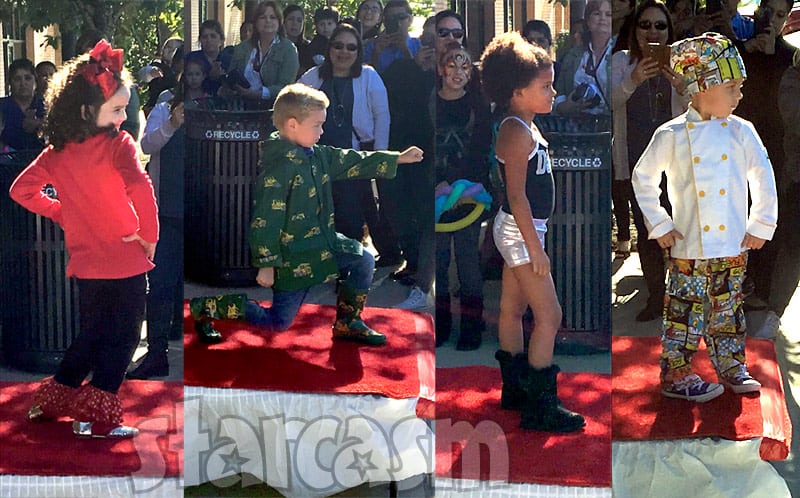 Just like her mom, Sophia played the hostess (and model) well as she hopped about with her pals sporting a sparkly “Born Famous” tee shirt.

After the runway show, the doors were opened and the large crowd made their way into the store itself. Much like Furnished By Farrah, I didn’t really know what to expect, and was REALLY pleasantly surprised!

The boutique was colorful, fun, and well organized. There was a wide range of products from clothes to novelty toys to a make-your-own lotion stand. Here are a couple photos of the interior: 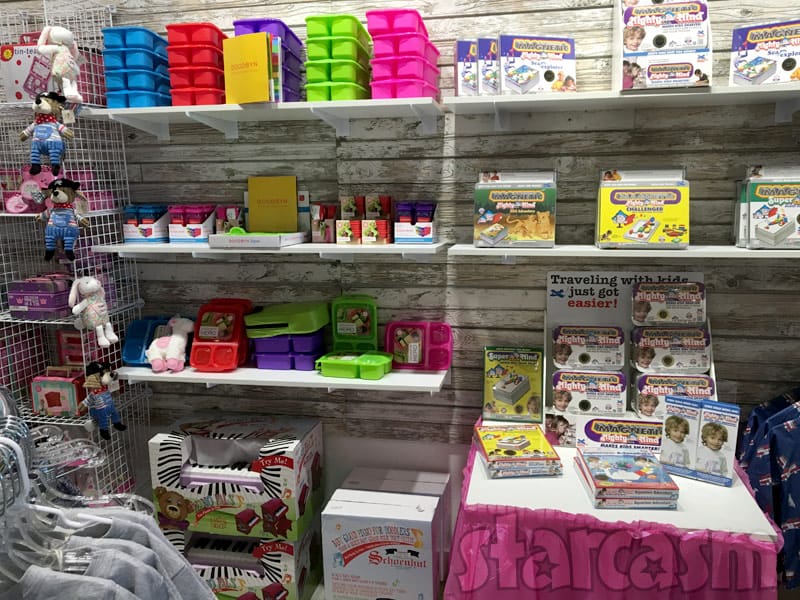 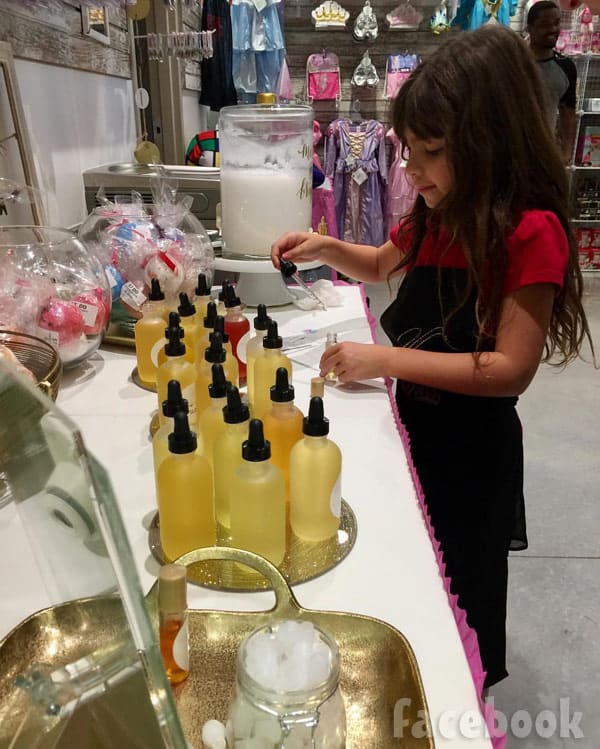 In addition to the store’s name, Sophia put her stamp on things with several professional portraits of her hanging above the registers: 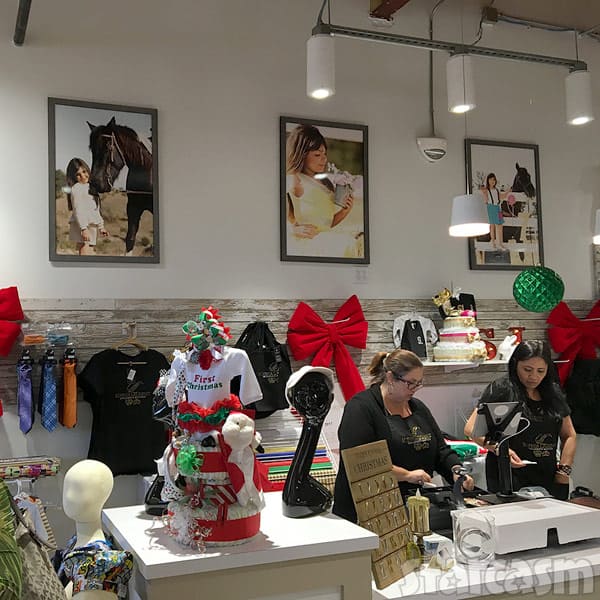 In addition to all of the store’s usual merchandise and fixtures, there was also an entire corner set aside for Santa Claus, who let the kids (and Farrah) sit on his lap and tell him what they wanted for Christmas. Here’s Santa just before the velvet rope was lifted turning the crowd loose: 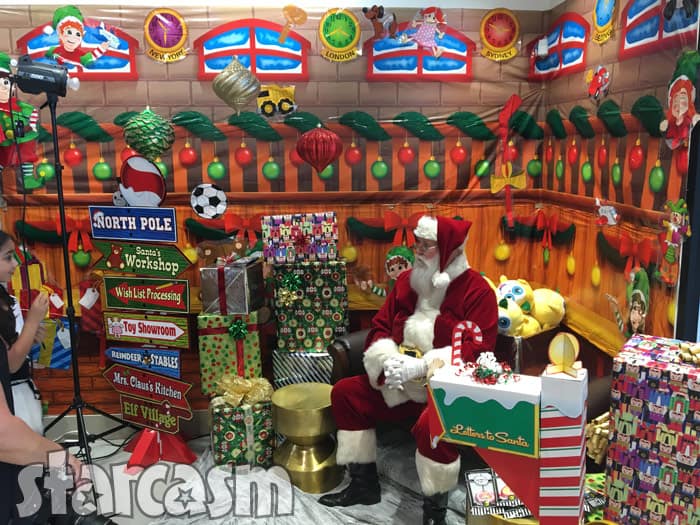 I partook in some delicious (and quite beautiful) carrot cake created by Cakes Rock as I bumped shoulders in the extremely crowded store and checked out all the fun stuff. Farrah shared this photo of the cake before it went in my belly: 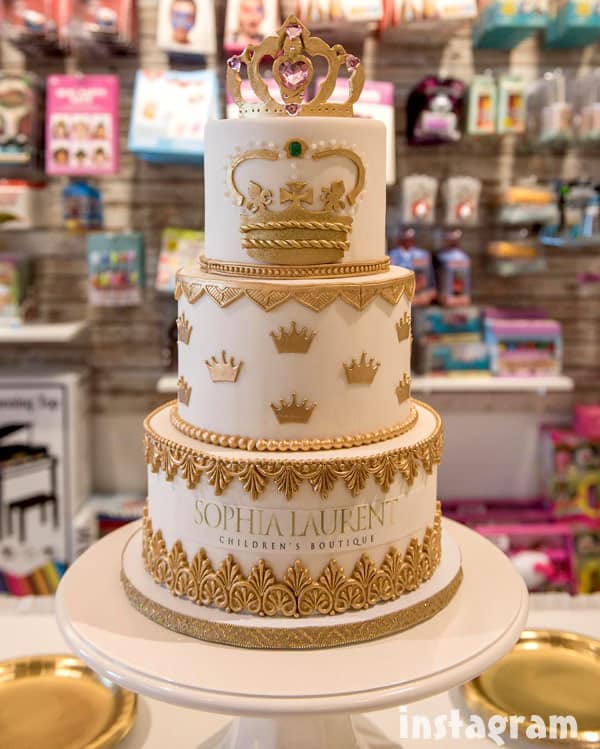 Perhaps my favorite things for sale in the store were the stuffed (as in plush toy stuffed, not taxidermy stuffed) animal head trophies that could be seen hanging all around the shop: 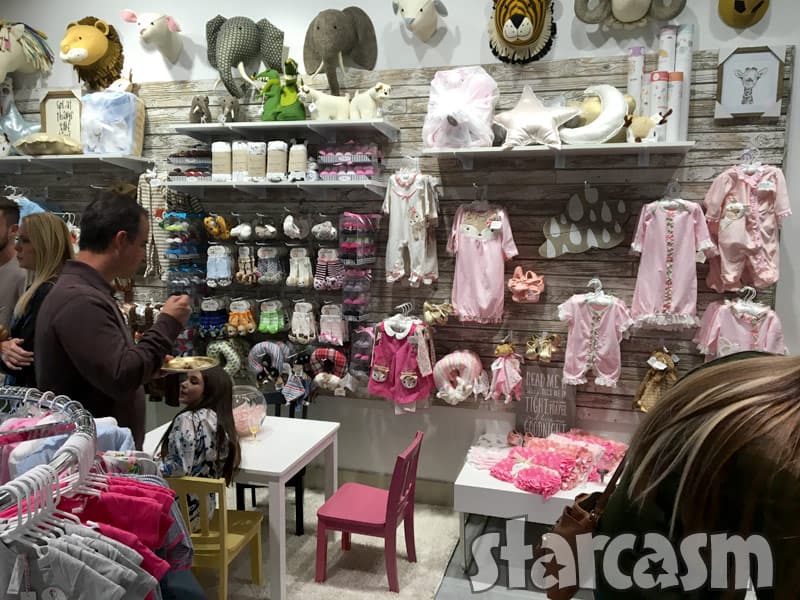 Actually, it was a close race between those and the blinged out Sophia Laurent tanks and tees! 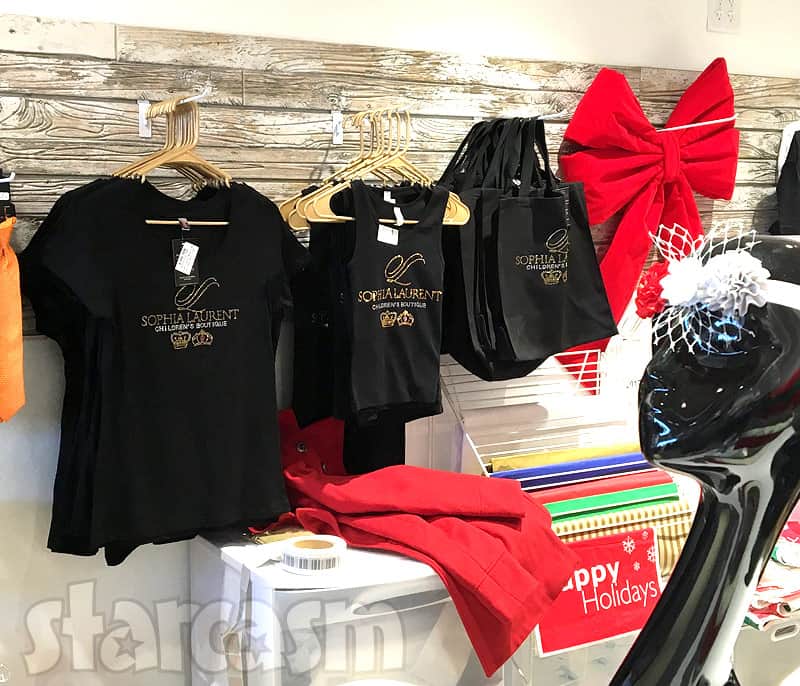 Just get one of those shirts and a pair of Froco sunglasses and you are nothing but boss!

All in all I have to give the Sophia Laurent Children’s Boutique two big thumbs up — just like Furnished By Farrah and the Froco yogurt shop. I’ve been covering reality stars for just over eight years now, and I’ve seen soooo many of them try to expand their brand with product lines of this and that, which usually just meant putting their names on some jewelry or booze or makeup or whatever that was already being made or only slightly altered.

I have rarely seen (if ever, excluding HGTV shows etc.) a reality star open three different brick and mortar businesses! That takes SOOOOOOO much work! Farrah remodeled the Froco store and helped design both of the new spaces for Furnished By Farrah and the the boutique. Then, you have to order products (food, furniture, clothes…) handle the contractors, get the right permits, get signage, buy fixtures, hire employees… It’s crazy how much goes into opening a single store, much less three! And she opened them all in less than six months!

So say what you will about Farrah Abraham (as people often do lol) but you gotta respect her hustle and follow through on these business endeavors. I’m excited to see what’s next — partly because Farrah throws a damn good grand opening bash and I’m excited to attend another one! 🙂

Congratulations to Farrah and Sophia! Here are some more photos from the grand opening as well as a GREAT video of the boutique:

Farrah Abraham: I was never friends with Teen Mom costars

Amber Portwood mug shots after requesting to return to prison