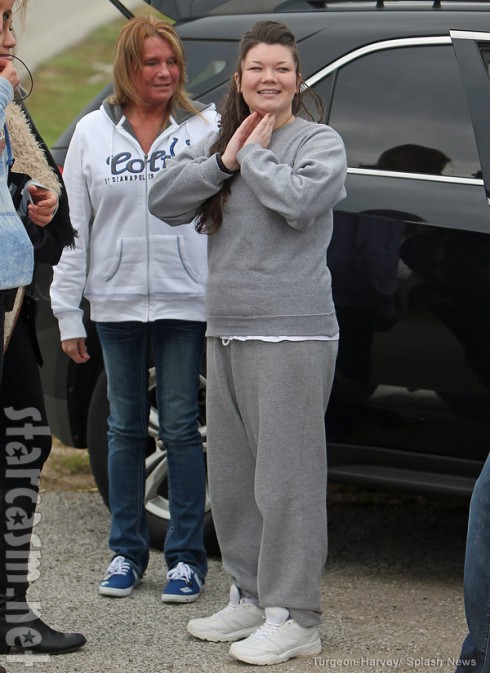 We reported back in September that former troubled Teen Mom star Amber Portwood was scheduled to get out of prison some time in early November, and apparently that day in early November was today as Amber is out! Check out these amazing photos of Amber as she is released from Rockville Correctional facility and greeted by mom Tonya and brother Shawn… and an MTV camera crew! 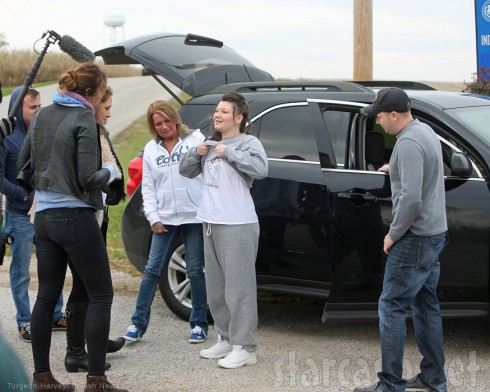 At one point Amber pulls up her sweatshirt to reveal a t-shirt that reads, “Breaking free from addiction:” 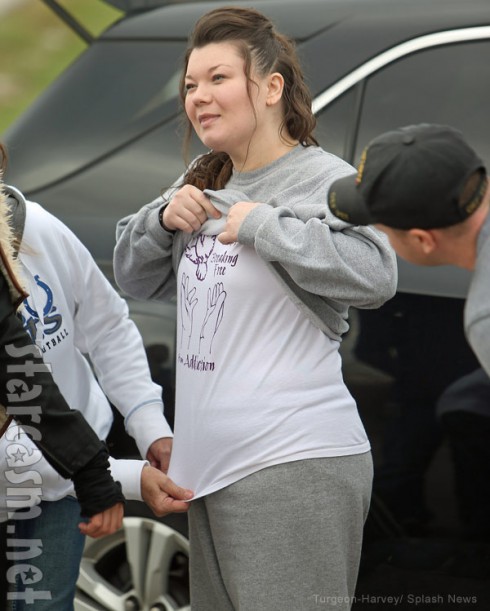 As a condition of her early release, Amber will be on parole, which carries a number of stipulations. “Amber will have to report to a parole officer,” Chief Communications Officer for the Indiana Department of Corrections Douglas Garrison told In Touch. “The parole officer will make sure she finds employment, that she is living in an appropriate situation and that she is staying clean. Amber will have to check in a couple of times a month with her parole officer. If she violates anything, she could go back to jail.”

In addition to checking in with her parole officer, Amber will also be required to take random drug tests to insure her sobriety. “Amber will be subject to random drug tests, and she is not allowed to live with felons,” Garrison explained. 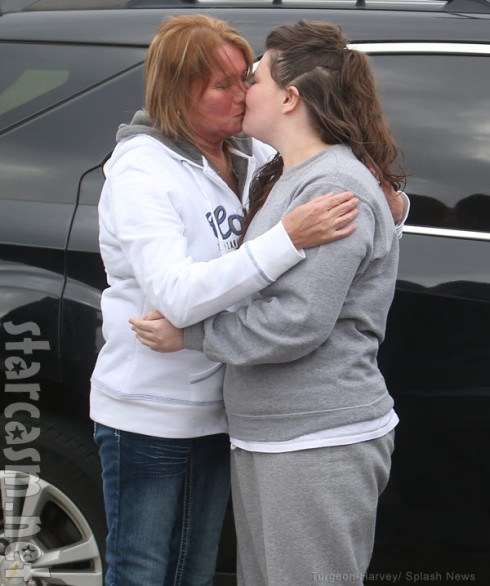 Congratulations to Amber! We hope she will be reunited with her daughter Leah soon, and if there are pictures of course we will share those as well! Meanwhile, here’s a tweet from a couple days ago from Amber’s brother Shawn, who has been very vocal in supporting his sister throughout her incarceration:

Will be heading up to Indiana in a few days to see my sister. Can't wait until she gets out and proves she is a changed woman.

UPDATE – Click here to watch a video interview with Amber done as the photos above were being taken. Plus, see more pictures of Amber after a change of clothes as she enjoys her first post-prison meal at Frisch’s Big Boy burger restaurant in Anderson, Indiana!

UPDATE – The Ashley’s Reality Roundup has some more details about MTV being present to film Amber’s release. According to The Ashley, MTV was not only present for her release, but they also filmed with Gary Shirley and Amber’s daughter Leah on Sunday. The network also reportedly paid to have Amber’s dad Shawn Portwood, Sr. flown in, but I did not see him in any of the photos above. Perhaps they were saving that reunion for another location? Click the link for all the details from The Ashley! 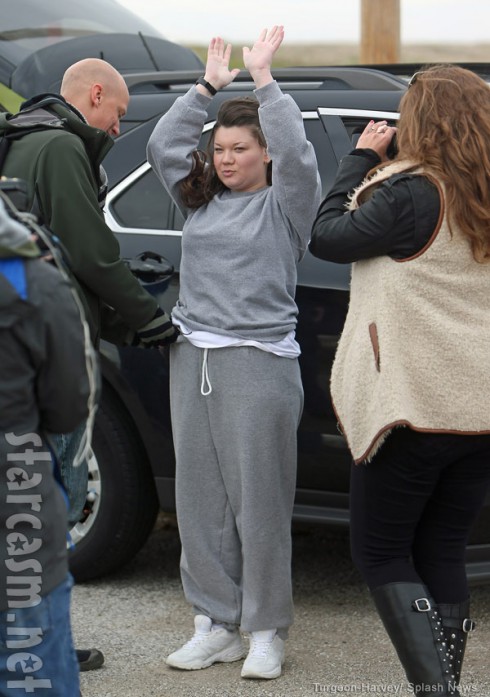