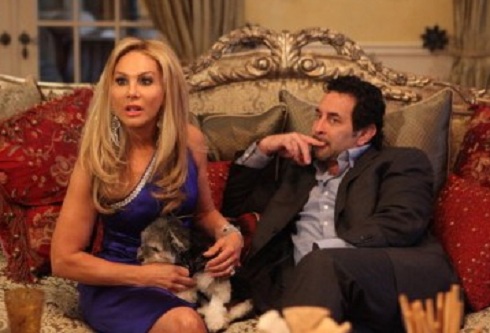 When news of Adrienne Maloof and Dr. Paul Nassif’s separation went public, the pair insisted that they would try to be civil with each other and transition into their new lives as seamlessly as possible for their children’s sake. However, not everything goes as planned, and now that the Real Housewives of Beverly Hills couple is in the midst of a divorce, things are really getting ugly.

In the latest development, Adrienne has been granted temporary custody of the couple’s three sons after telling the judge that Paul choked one of them last Thursday — and that’s not all.

As TMZ reports, Adrienne’s lawyer filed a declaration that claimed Paul picked the boys up after school on Thursday. During the ride, two of their sons began fighting, and that’s when Paul reportedly reached into the back seat and choked one of them! 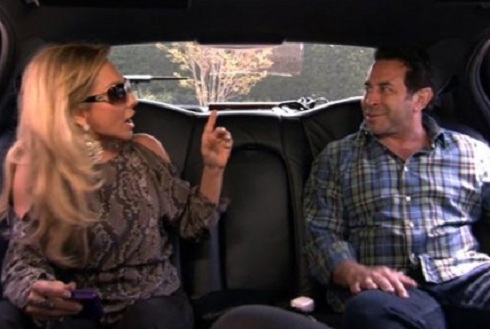 That same day, Adrienne claims that during the children’s bath, two of the children again started fighting after one of them had urinated in the tub. Once again, Paul got physical, pulling one of them out of the tub and spanking him before Paul “threw him in the corner.”

The couple’s private chef also submitted a statement to the court which recounted an incident in which Paul had kicked the family dog after it had peed on their floor. On top of that, a mutual friend (and DEA agent) of the couple also filed a declaration in which he admitted to witnessing Paul putting his hands around the neck of one of his sons.

Paul’s lawyer, Lisa Meyer, has gotten word of the accusations and tells TMZ, “This smacks of underhandedness. Adrienne wasn’t even present when this allegedly occurred.”  She adds, “It is a sad day when parents have to stoop to the level of making false allegations against another parent.”

It seems there is a fine line between playful bickering and all out war, and Adrienne and Paul have long since crossed over!

UPDATE: Adrienne has been granted a restraining order against Paul which forbids him from coming within 100 yards of her, the couple’s three boys, the boy’s school, and their family home. They will return to court on October 9 where the restraining order will be removed or extended.

Andy Cohen shuts the door on Caitlyn Jenner, leaves it open for Sophia Hutchins on RHOBH

Gerard Butler admits to having “fun” with Brandi Glanville — finally