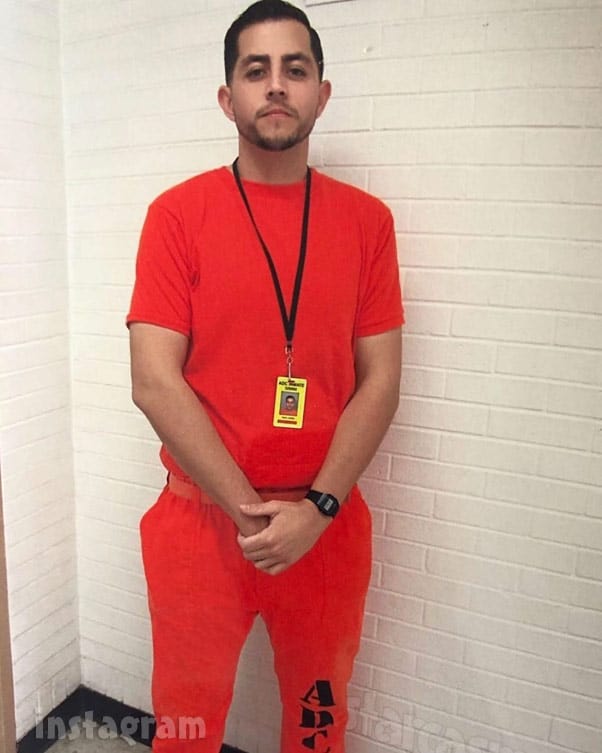 90 Day Fiance: Happily Ever After star Jorge Nava is still behind bars serving his 30-month prison sentence after being caught transporting 293 pounds of marijuana in Arizona in February of 2018. The 30-year-old reality star isn’t scheduled to be released until August, but it looks like he is already easing back into the free life by getting on Instagram and sharing a full-length photo!

The image of a much more svelte Jorge was posted by the Instagram account @_jorgenava__ on Saturday. “Hey everyone, so glad to be on Instagram now to be able to connect with you guys!” reads the caption for the image, which shows Jorge sporting a bright orange outfit provided by the Arizona Department of Corrections.

“Praying for everyone that’s being affected by the Coronavirus,” the caption continues. “I know it’s a tough time for everyone right now. And we’re all going through it. We just have to stay strong and positive and together we will get through it. Stay healthy, stay safe out there.”

The caption concluded by expressing excitement over Jorge’s projected release later this year. “Can’t wait to be with you guys again soon!”

It’s still unclear if the account is actually being run by Jorge, or whether it is a proxy, or even just some random person who got a photo of Jorge behind bars. Jorge’s attorney Brad Rideout arranged an E! News interview with Jorge after his mug shot went viral late last year, and the caption for the new photo included the hash tags #enews and #staytuned. My guess is that the account is run by either Jorge or someone Jorge is working with, and that we will be seeing another prison interview with Jorge on E! News soon. That is purely speculation, however.

At the time of his interview in November, Jorge revealed he had lost 125 pounds while in prison. “I am glad that people are noticing some positivity out of such a negative outcome,” Jorge said in regards to the attention that his mug shot was receiving. “Hopefully people can see that I am able to turn things around even though I am at the lowest point in my life.”

Some fans speculated that Jorge’s weight loss might be attributed just to a stricter diet, but he told E! News that he had also been working out consistently. He said he and another inmate work out twice a day — once at 4AM, and then again in the afternoon. He described his workouts as “military-based” with “a lot of jogging.”

UPDATE 4/27/20 Here are all of Jorge’s mug shot photos, which clearly illustrate his dramatic weight loss: 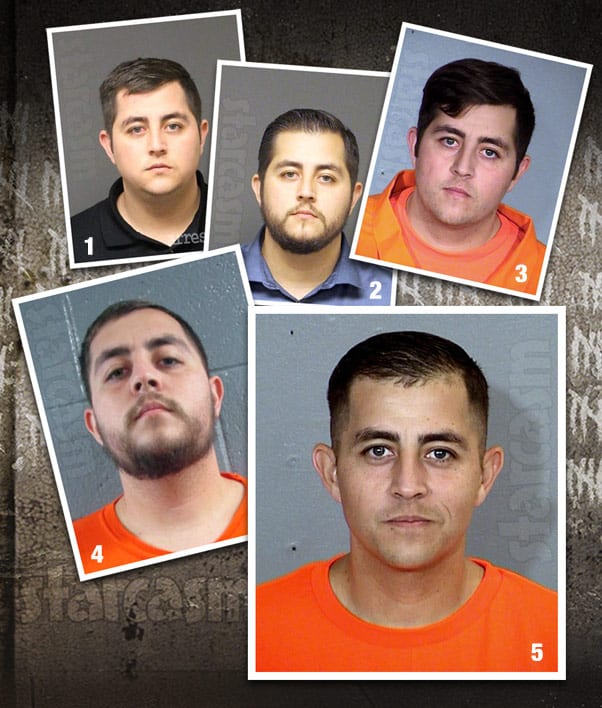 Of course, the prison diet has had an impact as well. Jorge revealed that he was consuming a lot of oatmeal and peanut butter, and he was the first to admit that his dietary practices on the outside are far from healthy. “I had a really bad diet when I was out in the free world,” he said.

Jorge’s transformation hasn’t been just physical. Fans of the show are well aware of Jorge’s timidness and apparent lack of self-confidence, and those are things that have been positively impacted. “I feel healthy and energetic,” Jorge said. “I feel overall more confident with myself.”

At the time of his interview, Jorge was under the impression that he and his wife Anfisa Nava were still together. From E! News:

Jorge says he’s just as focused on his marriage to Anfisa as his fitness and diet regimen. The star confirmed that despite split rumors, he and his 90 Day Fiancé cast member are doing “really well” and look forward to their upcoming reunion.

UPDATE 4/27/20 Jorge now has plans to divorce Anfisa when he is released from prison in the next few weeks.

Unfortunately for Jorge, Anfisa appears to have lost patience and now has a man named Leo Assaf fetching her red makeup bag. Anfisa and Leo have been sharing photos together on social media for weeks now, including some rather romantic shots around Valentine’s Day.

They posed together earlier this week with the suggestive caption “Quarantine and chill? ?❤️” 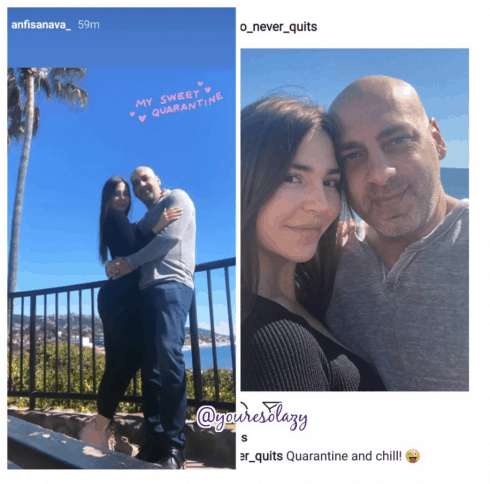 I know there are a lot of 90 Day Fiance Fans (me included) who are disappointed to learn that we won’t be seeing a photo of fit Jorge and fit Anfisa together once he is released, so we had our resident Photoshopologist create a preview of what that might have looked like: 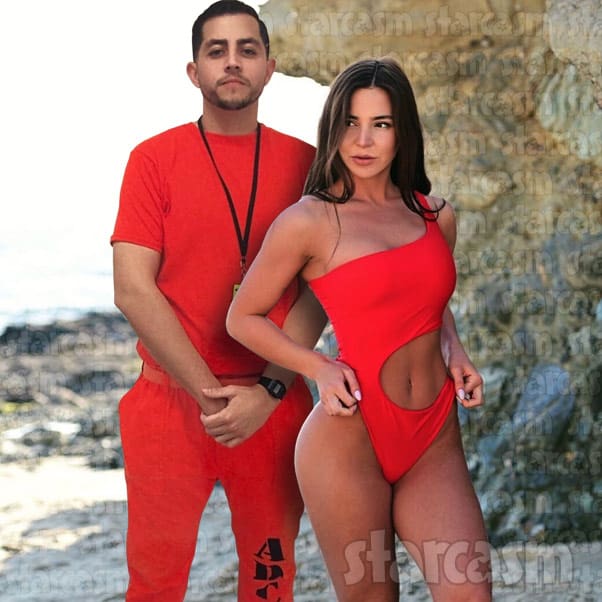 Even though Anfisa and Jorge are apparently done, that doesn’t mean we should be deprived of having him on our TV screens! Sharp Entertainment produces all the 90 Day Fiance shows, and they also produce Love After Lockup for WE tv. Jorge seems like a perfect fit for that show, right? Perhaps they could really roll with the crossover concept and have Jorge date someone from the 90 Day Fianceverse — other than Darcey Silva of course.

Who do you think would be a good match for Jorge? Courtney Reardanz would probably be willing to play along, but Colt’s ex Larissa dos Santos Lima seems like the ideal choice!

Or, maybe by the time Jorge is released, Anfisa will be single again and ready to mingle again with him:

Before the 90 Days Season 3 cast photos, bios and preview trailer