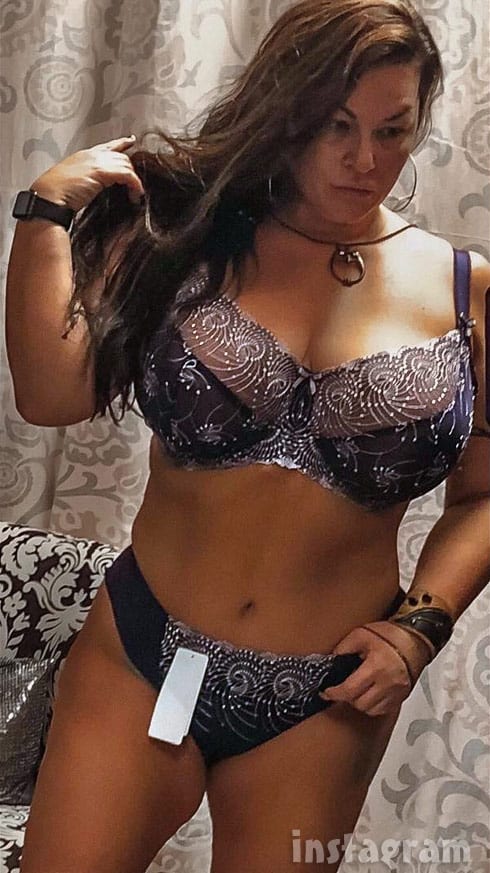 90 Day Fiance: Happily Ever After star Molly Hopkins shed more than 170 pounds of dead weight when she officially divorced her Dominican hubby Luis back in May, but the reality starlet has continued to shed the pounds (her own) since the split, and she showed off the astonishing results in a brand new lingerie photo!

The photo (above) was posted on the Instagram account for Molly’s LiviRae Lingerie store, and was accompanied by the very accurate caption: “[Molly] rocking the Nicole set by @fitfullyyours in purple.” The caption also included this string of hash tags:

Back in late May, Molly posted some photos showing off her weight loss and revealed that she had already lost 37 pounds at the time. “Not where I want to be yet, but well on my way,” she wrote at the time. Molly has not revealed what her goal is, but she did shed a little light on her motivation for trimming down after a commenter pointed out that Molly should have been happy with her previous weight.

“You are right,” Molly responded. “I was fine with my number but not my cholesterol number.”

If you’re looking to try to replicate Molly’s look, you can head on over to liviraelingerie.com and pick up the “Fit Fully Yours Nicole” bra for $74 and the matching panties for $24!

Meanwhile, if you’re curious about Luis, it appears as though he is back in the United States after reportedly heading back to the Dominican Republic for a visit back in July.