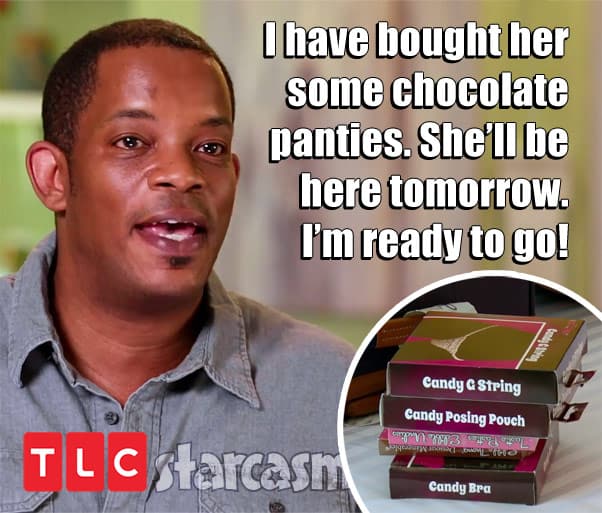 TLC has released the very first preview trailer for the brand new season of 90 Day Fiance: Before the 90 Days with FIVE brand new couples, one returning couple, and one returning star with a new significant other!

Returning for a second go-around are raspy Maury elder Angela Deem from Georgia and her blowjob-doin’ Nigerian beau Michael Ilesanmi. Also returning will be two-time Before the 90 Days alum Darcey Silva, but this time around she has moved on from Jesse Meester and found a new twin flame with a handsome Brit!

Let’s get right to the trailer:

Wait, where are Angela and Michael?! Aw hell naw! That is elder discrimination!

Alright — I guess I have to move on despite my outrage. Here are bios and screen grabs for each of the couples, with the added bonus of some of my favorite pictures of the new recruits from their social media accounts! 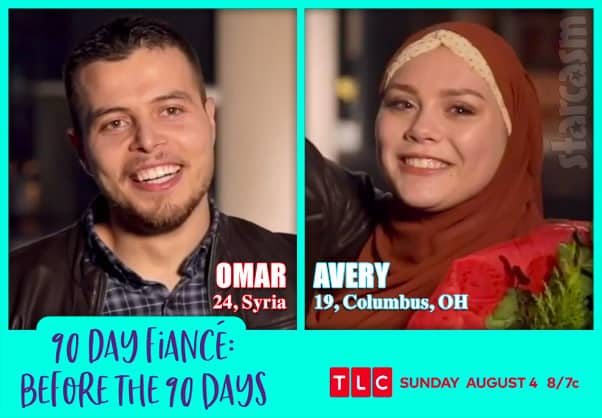 “At 18 years old, Avery decided to leave the Christian faith that she was born into and become a follower of Islam, much to the displeasure of her family and friends. Shortly after joining a Muslim dating site, she met Omar. Even though Omar lives in war-torn Syria, they fell in love online and got engaged. Now traveling to meet him for the first time in nearby Lebanon, Avery must decide if a lifetime with Omar is worth the risk of being in an unstable, battle-scarred country.” 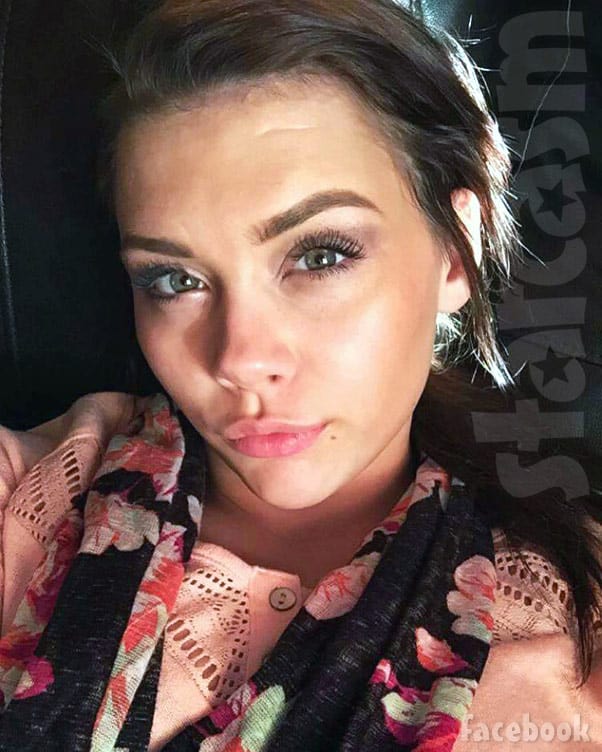 I’ve kind of got my hopes up that this one will turn out to be a surprise feel-good story. Omar seems to have his life together. According to his Facebook page, he is currently studying dentistry at the University of Damascus. That sounds pretty good, right? And kudos to Sharp Productions for giving us a glimpse of life in Lebanon — that should be great! 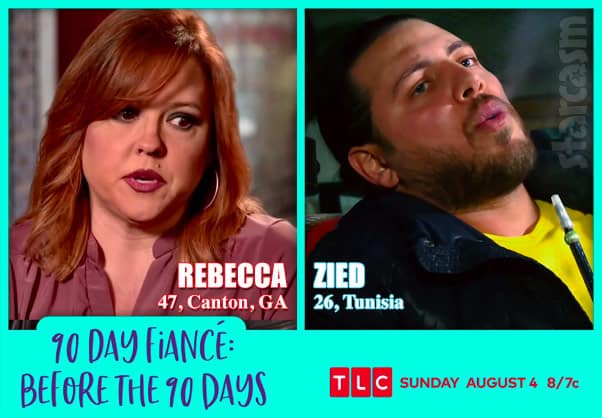 “Rebecca has three kids and three failed marriages, including one to a Moroccan man she brought to America on a spouse visa, but she’s ready to try again. She met Zied online and fell in love, despite the concerns of her friends and family that she’s making the same mistakes over again. To discover if their love will last, Rebecca has planned a trip to Tunisia, and her goal is to leave with a ring and a new foreign fiancé.”

Random fact: It seems Zied is no stranger to the small screen as he has done some acting on Tunisian TV shows, including one in which he played an F.B.I. agent: 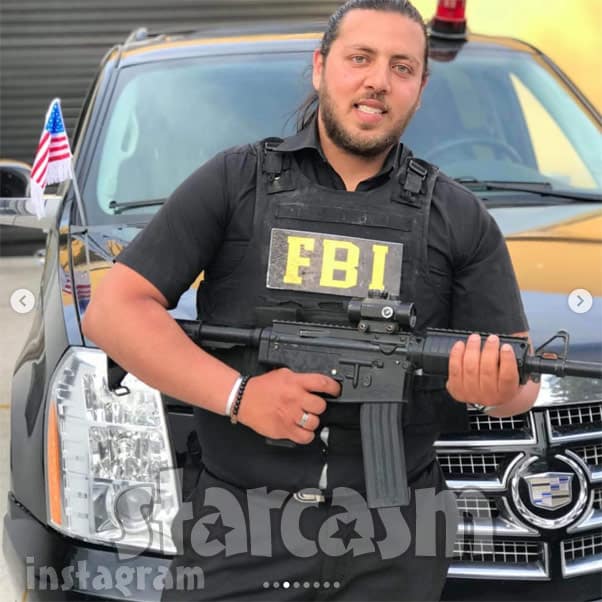 Unlike Avery and Omar, I don’t think I’m going to get my hopes up for this one. Rebecca’s on her fourth marriage, including a failed K-1 relationship with a Moroccan. And judging from the preview trailer, Zied is a bit hot tempered — which is something that is much easier to cover up when you are thousands of miles apart talking online and not living together every day. And let’s not forget that she is almost twice his age. It just does not sound like a good recipe for a happily ever after.

What it is a good recipe for is reality TV! 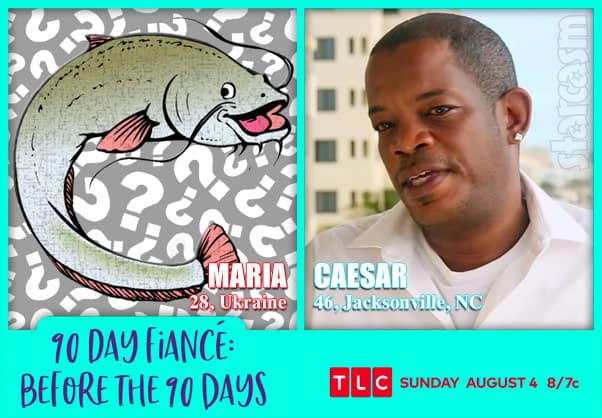 “A hard-working nail technician, Caesar has spent over $40,000 to financially support Maria, the beautiful woman he met online, for the past five years. Now, Caesar is planning to travel to the Ukraine to meet her, but Caesar’s coworkers are afraid she’s been scamming him this whole time. Once he meets her in person, Caesar plans on getting down on one knee and proposing to the woman of his dreams, but is Maria everything she says she is?”

Every time 90 Day Fiance producers set us up for a catfish, they always seem to pull the rug out from under us and deliver the actual person as promised — even if it is for a split second like with Ricky and Melissa. Either that, or it’s explained up front that someone was catfishing initially, but came clean before filming — like Jenny and Sumit.

That being said, I’m on board the catfish train again! There’s no promo photo of Caesar and Maria together, and she is the only one (aside from Angela and Michael) to not appear in the trailer at all — aside from a voice on the phone. Plus, I found Caesar on social media, but couldn’t find Maria.

If Caesar does wind up high and dry, producers better tell us what happens with all those chocolate panties! (Didn’t this guy learn anything from Sean and Abby?!) 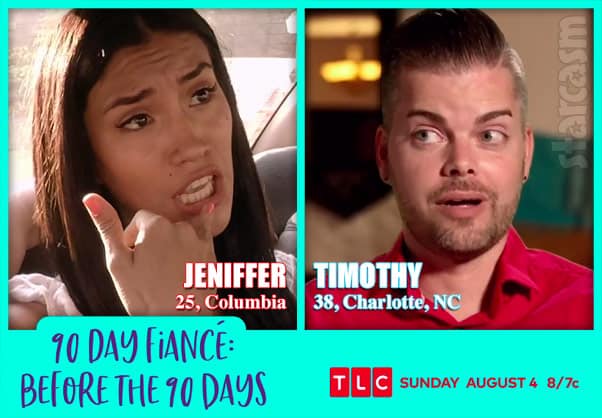 “After coming across Jeniffer’s online profile, Timothy was instantly smitten. Now, he’s traveling to Colombia to meet her in person for the first time and plans to propose. But with Jeniffer being a total knockout, he’s worried she won’t fall head over heels when they finally meet. Plus, Tim’s close relationship with his ex-fiancé, Veronica, as well as the pressure of proving himself to be a capable step-father to Jeniffer’s 18-month-old daughter may be hurdles that neither of them are fully prepared for.”

I think I’m going to have a hard time buying this story line, but these two certainly look entertaining nonetheless! Tim is an eccentric character and former (?) aspiring actor with an affinity for getting attention with his over-the-top flare — including a passion (and business) for high-end custom firearms. I’d almost rather see Tim in a action movie, amirite? There’s just something about his perpetual fed-up-ness that seems like it would work great with the right script. 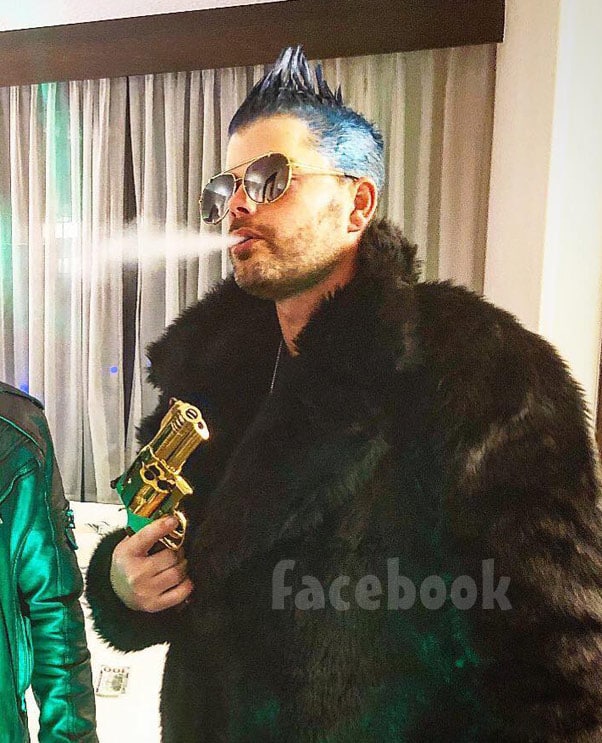 Strangely, the TLC bio blurb for Tim and Jeniffer fails to mention that Tim has a 12-year-old daughter himself. Hmmmm… 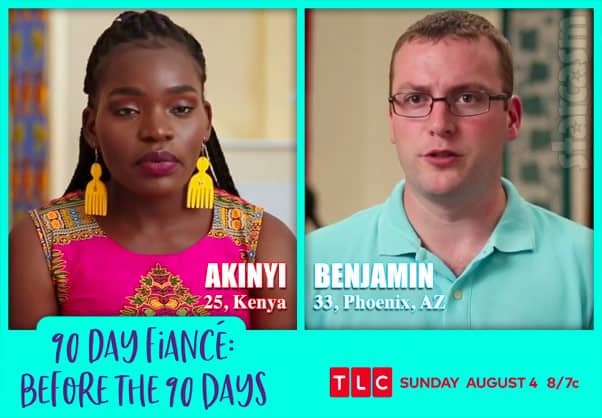 “As a divorced father with a five-year-old, Benjamin wasn’t having much luck with meeting women from his hometown, so he broadened his search and found Akinyi. Benjamin now has his bags packed for his first ever international trip to meet her in Kenya and ask her parents for her hand in marriage. It won’t be easy, however, as Benjamin is not only the first boyfriend Akinyi has ever introduced her family, but also, as far as they can remember, the first white man to visit their village.”

Well, this looks like a classic Before the 90 Days pairing! Akinyi’s older brother is giving me trafficking vibes though — surely he wouldn’t try to extort Benjamin for his sister’s hand on screen, right? Actually, I guess if he calls it a dowry then it’s all good! Right, David?

If there was a March Madness bracket for this season, I would have to assume this couple would be a pretty low seed. 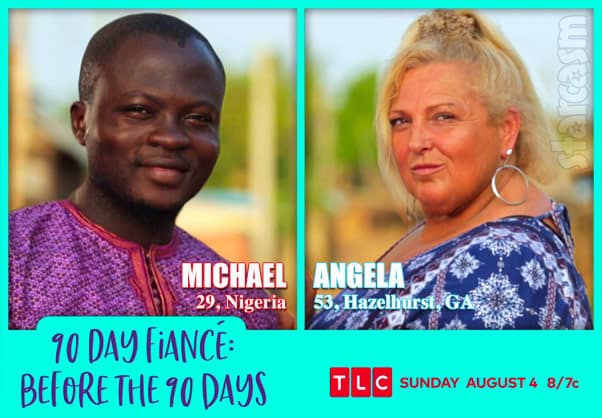 “Returning from the second season of Before the 90 Days, fans will catch up with this couple and all their heated drama. When Angela traveled to Nigeria last season for Michael, they each had very different expectations. With six grandkids and little patience, Angela is returning to Nigeria to deliver the ultimatum that Michael change his ways or risk not coming to the U.S. to be with her. But if the past is any indication, things may not work out so easily.”

There is no doubt that Angela and Michael comprise one of the most entertaining couples from Before the 90 Days Season 2. But I have to confess I’m a little surprised that TLC decided to bring them back, given that Angela’s daughter Scottie (who got a lot of screen time last season) received three twenty-year prison sentences for child molestation earlier this year. That’s one of those situations that is too terrible to handle on screen, and too big a deal to ignore. I suppose we will find out how producers decided to handle it. 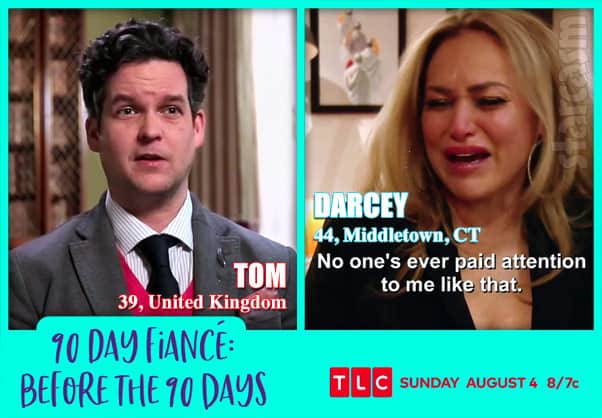 “Darcey is back on Before the 90 Days, but this time, she’s got a new man. British businessman Tom is Darcey’s ‘James Bond,’ and he’s just the positive energy she’s been searching for. Although they met online four years ago, pre-Jesse, they never exclusively dated and never met in person. Now, Darcey is finally ready to travel to the U.K. and hopefully start a relationship that will last a lifetime.”

I almost literally laughed out loud at Darcey and Tom’s footage! The 90 Day Fianceverse has known about Tom for a while, but his online profiles could never have prepared any of us for the Before the 90 Days Tom! He looks like a cross between the head of the Kingsmen (from the movies) and Doctor Who! I literally didn’t believe this story line for a second.

Nor does the silliness motivate me to see more. Who knows, though; maybe I will be pleasantly surprised. 90 Day Fiance producers are brilliant, so perhaps they will be able use their production alchemy and make gold out of lead here. I will certainly give them the chance — they’ve earned that much.

On a side note, weren’t they reportedly filming Darcey’s ex Jesse Meester as well? I wonder if perhaps that didn’t go as well as they hoped. Or maybe they have Jesse lined up for another show?

So what do you think of the new season? All in all, I think it looks like another blockbuster success for TLC! Seven couples is pretty crazy — even if more than one of the story lines look a little over-the-top. Given that the cast of Before the 90 Days often meets for the very first time without having started the K-1 visa process, it’s always been successful at luring in folks willing to fabricate a relationship just to be on the show. (***COUGH*** Patrick and Cortney ***COUGH***)

Despite that, this is the most successful of all the 90 Day Fiance shows as far as ratings go. I definitely do not see that changing this season based on the trailer!