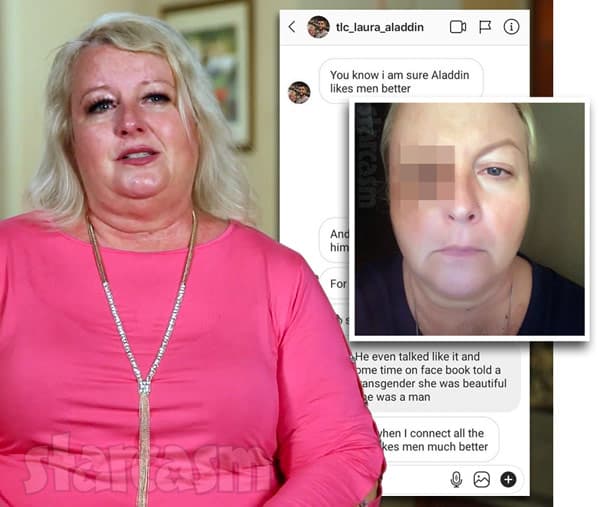 The controversies surrounding 90 Day Fiance: The Other Way star Laura Jallali continue to multiply. After the 52-year-old seemed to get caught in a lie about currently being pregnant with Aladin’s baby, her ex-husband AnDre shared a series of posts in which he claimed that Laura kidnapped their sons, was horrible at jiggy jiggy, owed child support, and that she and Aladin have already divorced.

Soon after the pregnancy scandal, several bloggers and online media sources posted a very disturbing photo of Laura with what appears to be a black eye. In addition to the photo, there are also alleged text message exchanges with Laura in which she claims that Aladin is gay and “likes men much better.”

Here is the photo of Laura with a black eye: 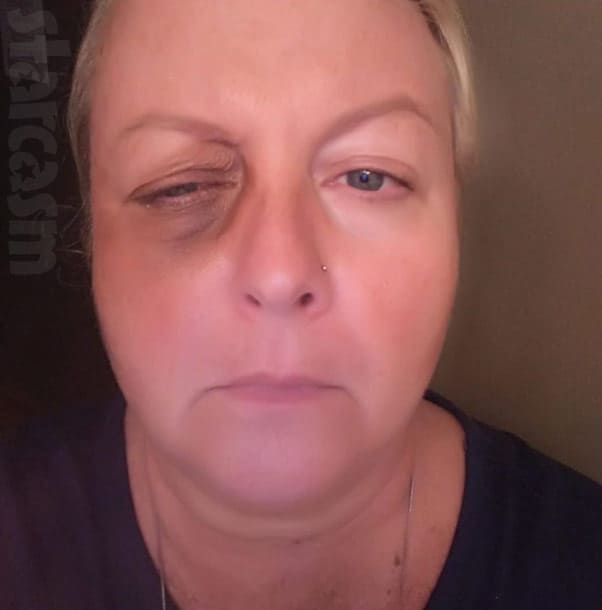 And here it is in higher resolution with the color balance corrected in Photoshop — click to enlarge: 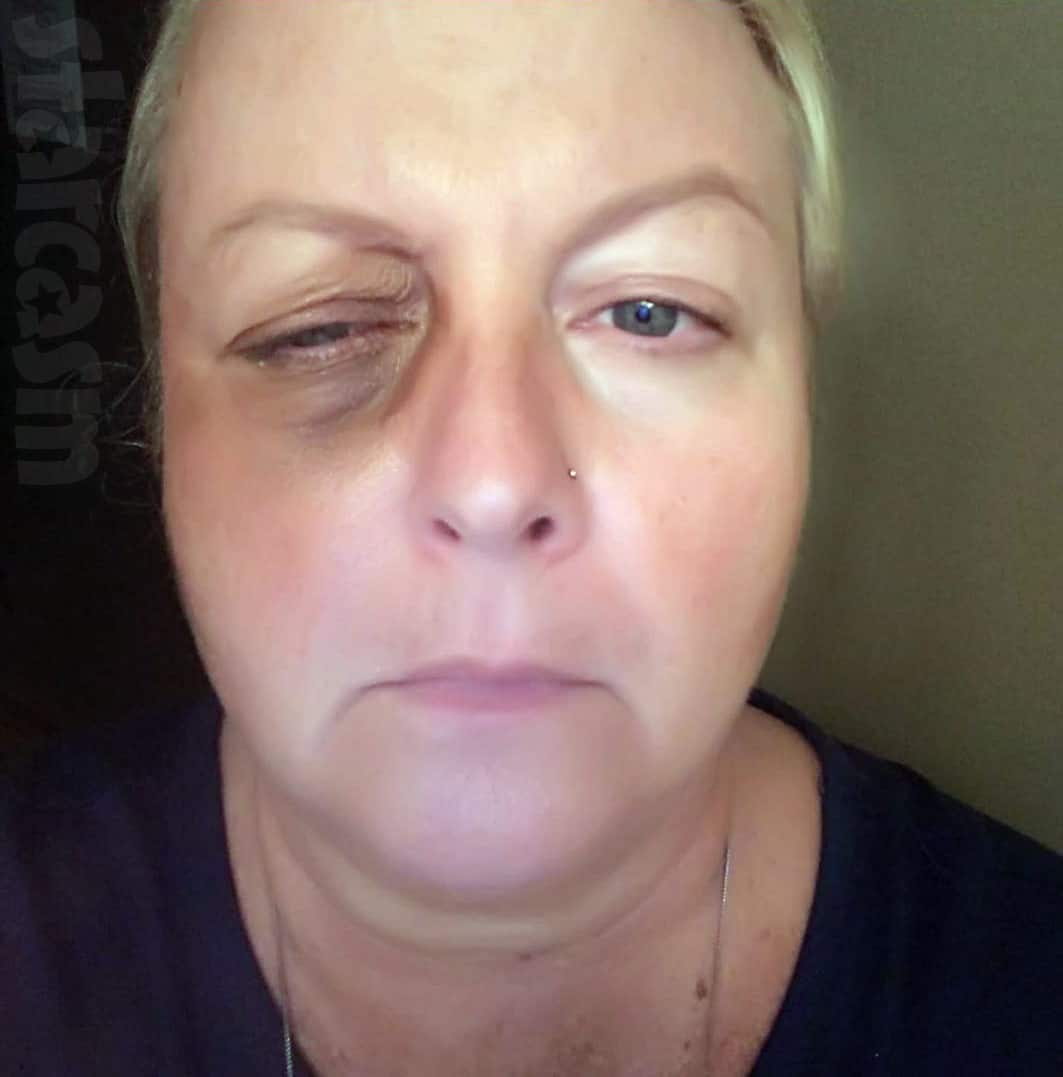 There has been a lot of debate online about whether or not the black eye is real or simply makeup. Laura has yet to address the photo publicly.

As far as the text messages, we were made aware of their existence some time ago. We did not know about the black eye photo, but it was apparently sent out a little while ago as well.

Here are some of the alleged text message exchanges with Laura on Instagram that were posted by John Yates:

More of Laura claiming that Aladin is gay, how he’s terrible in bed, and how she never sent his paperwork in. #90DayFiance #90DayFianceTheOtherWay

In case you missed our previous post, Laura is from Canada and isn’t actually a United States citizen, so a United States K-1 visa was never an option. I’m unsure if Canada has a similar process with the same 10-year sponsorship requirement referenced by Laura in the alleged texts. It’s also unclear if Aladin knew that she is not a U.S. citizen.

Speaking of our previous post, we’ve been able to piece together some more of Laura’s rather unconventional life story. Instagrammer @CrazyEyesKM2 has filled in a lot of the blanks by aggregating other social media posts made by those close to Laura, as well as speaking directly to additional sources. The Instagram account has a history of doing very thorough research, and her expanded biographical timeline certainly seems to line up with everything we already knew. It also clarifies some things that were causing confusion.

Here is the full post, which is spread across multiple images:

One important clarification is that Liam’s birth dad was a Spanish man that Laura met while in Florida that “picked up and left” just a few weeks before Liam was born. AnDre apparently raised Liam from a very young age until he was roughly 18, so he is Liam’s dad, just not his birth father.

Here are some other important bullet points from the post:

Laura is currently in Ecuador where she was recently hanging out with her The Other Way co-star Evelin. It’s unclear what her current living situation is, or what her future plans are, but we hope to have more info on both of those things soon, so stay tuned!

* Editor’s note: I must have 90 Day Fiance drama on the brain because I swapped out Before the 90 Days Rebecca for Laura a couple times in the initial post. It has since been corrected — my apologies for the confusion.