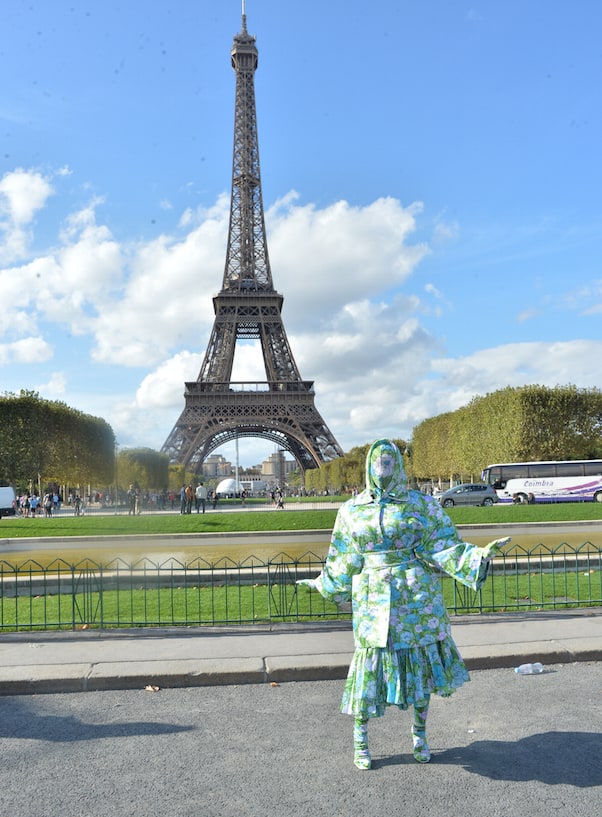 CELEBITCHY – For this year’s edition of the fashion festival, Cardi B at Paris Fashion Week decided to do something truly daring and unusual: walking the streets of Paris covered head-to-toe and face in a Richard Quinn floral dress that looks to have been inspired by a tea cosy

DLISTED – Aaron Carter now has a gigantic tattoo of Rihanna as Medusa on the right side of his face (and not that it matters, but it’s a pretty bad tattoo); he’s now set off just about every available alarm bell and the people closest to him appear to be scrambling to get him some help

JEZEBEL – Here’s Real Housewives of Potomac star and “queen of receipts” Monique Samuels explaining proper receipt technique as it relates to questions such as “When’s the best time to pull out a receipt?” and “How does one react to being the recipient of a receipt, mid-conflict?”

THE ASHLEY’S REALITY ROUNDUP – I’m shocked, shocked to find Todd Chrisley being a total dick to his daughter Lindsie and on National Daughter’s Day of all times

LAINEY GOSSIP – Evidently Chris Evans would really like to be in a Star Wars movie in the not-too-distant future; since his time with Avengers and the MCU in general would appear to be all wrapped up, and he’s a mega-star of pretty much the first order, it’s hard to see this not happening?

GO FUG YOURSELF – I can’t love this headline more

VOX – Speaking of bodies: “Here’s how Hustlers changes the conversation about Jennifer Lopez’s body, something that “we’ve been talking about…for over 20 years.”