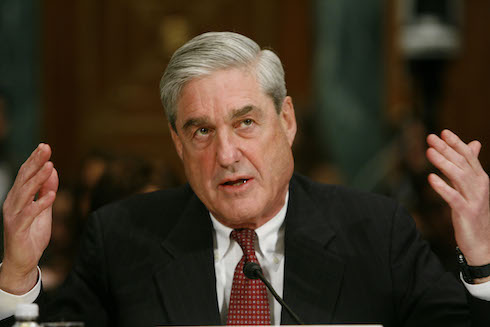 VOX – Once we actually get the full Mueller report release, a bunch of publishing houses will have the thing churned out in book form in less than a week. That’s because the document is in the public domain and no one has to ask for permission to print it (and is also why you should just download the PDF for free)

CELEBITCHY – Now all sixteen of the pending felonies against Jussie Smollett have been dropped?! I get that the Chicago Police are roughly as competent in real life as they are in the car chase at the end of The Blues Brothers, but…seriously?

DLISTED – Remember last week when we all found out that Cardi B’s first movie role will be in J-Lo’s Hustlers, about a team of strippers who drug and rob selected Wall Street douchebag clients? It turns out that when she was a stripper, Cardi B used to actually do that

THE BLEMISH – Avengers: Endgame is going to be just a shade over three hours long, meaning it will be the first Marvel superhero movie to actually be as long as every single other one of them felt

REALITY TEA – “Erika Jayne Is ‘On The Truth’s Side’; Hasn’t Spoken To Lisa Vanderpump In Months”

THE ASHLEY’S REALITY ROUNDUP – It’s been so long since I covered Flip or Flop regularly that I didn’t even realize Christina El-Moussa now goes by Christina Anstead. But she’s expecting a baby with her new husband Ant despite struggling with fertility in the past, so congrats!

LAINEY GOSSIP – As a former resident of California’s Central Valley, my favorite and least favorite thing about the responses to Keanu Reeves taking his fellow stranded travelers on an impromptu tour of Bakersfield is the constant references to Bakersfield as “somewhere” and “a remote location.” It’s a big city! And a pretty one! Just avoid all the meth. And don’t stay too long or you’ll get valley lung and die

THE BLAST – If you are a potential juror in Travis Scott’s upcoming court battle with a concert promoter, his legal team would very much like to know your opinion of the Kardashian family