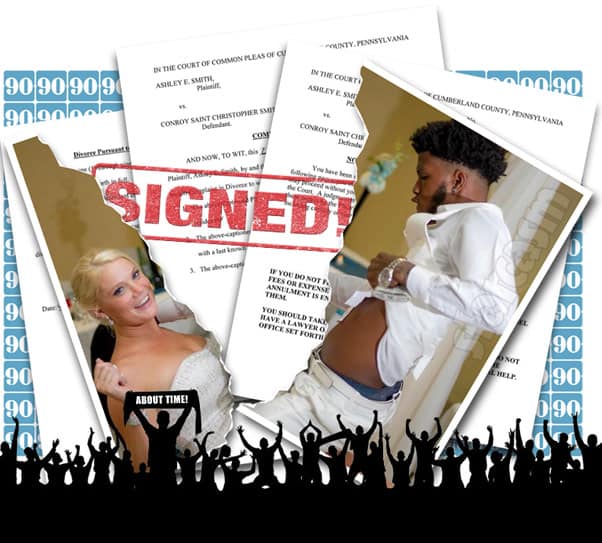 90 Day Fiance star Ashley Martson (and millions of viewers) may finally be getting some closure in regards to her toxic dumpster fire relationship with estranged Jamaican husband Jay Smith as she just revealed that “gyalis” Jay has signed their divorce papers! Meanwhile, Jay’s barber shop buddy Michael, who told Ashley about Jay’s adulterous bathroom hookup, got a little bro code karma as he was arrested this week for stealing a gun from a barber shop patron.

First, the divorce update. Ashley shared the joyful news in her Instagram story. “Today’s a good day! I’m officially a single woman!!!” she captioned the post, which included a glittery “Happy Divorce” ball and chain sticker. “I’m single again,” she continued. “Figured I would update everyone since it’s the most frequent asked question. He finally signed.”

The timing works out pretty well for Ashley, who is reportedly filming a reality show pilot about singles hanging out together in tropical destinations.

Ashley filed for divorce at least twice in 2019, once in January and then again in April. The on-again, off-again couple continued their unhappy relationship merry-go-round for months, working around Jay’s rather lengthy stay in prison after being detained by ICE. The couple were reportedly back together as recently as September, but it appears that the two are ready to officially part ways for good now.

Of course, this could all be a ruse so that Ashley and Jay can have a fourth wedding as part of an upcoming season of 90 Day Fiance: Happily Ever After. 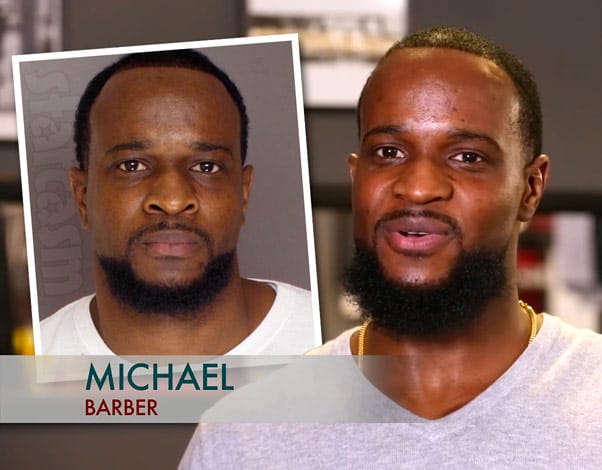 But, just as one acquaintance of Jay’s goes free, another loses his freedom. Jay’s barbershop buddy Michael, who was the one who revealed to Ashley on the show that Jay had hooked up with a woman in the business’s bathroom, was arrested this week for violating the trust of someone else at the shop.

Police were dispatched to the GQ Barber Shop in Carlisle Saturday afternoon in response to a report of a firearm theft. From the Carlisle PD website:

Upon arrival police spoke with witnesses on scene. Investigation revealed that a 9mm pistol was taken from a patron of the barbershop. Carlisle Police pulled surveillance footage and determined that Michael Baltimore had taken the firearm from the victim. Baltimore was arrested and taken to Cumberland County Prison for processing and arraignment. The stolen firearm was recovered by officers.

In addition to being charged with felony counts of theft of movable property and possession of stolen property, Michael also picked up a third felony charge for being in possession of a firearm.

I did some research, and according to the Pennsylvania Department of Corrections, Michael was on parole at the time of his arrest after being released in December of 2017. Court records indicate that Michael was charged with assault in 2006. In 2007 he was charged with aggravated assault as well as “CRIMINAL ATT/CRIMINAL HOMICIDE.”

Prison records indicate that Michael is still in custody, which is likely due to his bail being set at $199,000! It’s unclear if Jay plans to start a GoFundMe to help Michael get out.

Michael’s next scheduled court hearing is set for Wednesday of next week — the day before Thanksgiving.

Kaley Cuoco and Ryan Sweeting announce divorce, remove traces of each other on social media