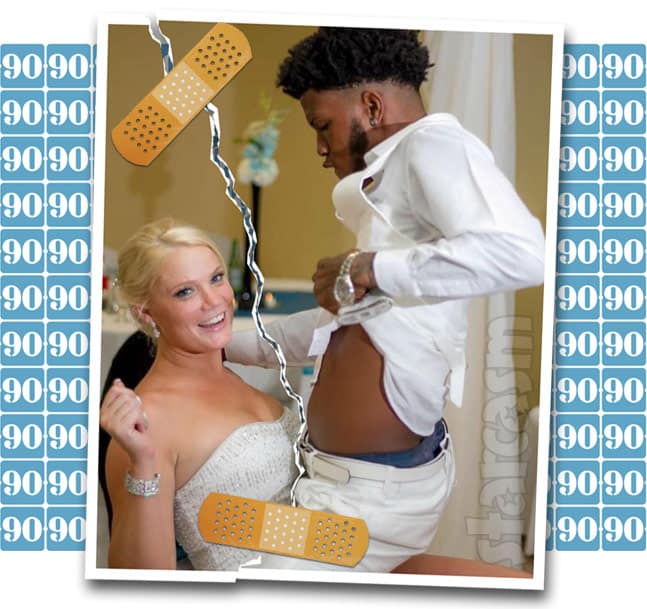 The sound and fury of the 90 Day Fiance Season 6 off-screen drama continues! Earlier today it was revealed that Ashley Martson (now Ashley Smith) filed for divorce from husband Jay earlier this month, but we spoke with a court rep that reveals the divorce filing was withdrawn yesterday.

90 Day Fiance social mediator John Yates broke the divorce news with a photo of the divorce filing posted to Twitter:

Looks like Ashley filed for divorce the same day Colt did. #90DayFiance pic.twitter.com/ngWDiN1JrX

UPDATE – John responded to our post and let us know that both he and @90DayFianceSavageEdition on Instagram received and posted the divorce documents at the same time.

As you can tell from the image, Ashley was the one who filed for the divorce on the same day that her co-star Colt Johnson filed for divorce from his estranged wife Larissa Dos Santos Lima. When we spoke with the court rep, we were told that it was the plaintiff (Ashley) who withdrew the divorce complaint on Tuesday, January 22.

I’m not much of a tinfoil hat guy, but even I have to confess that the timing of all this is suspicious to say the least. The day after Ashley withdraws her divorce complaint, “someone” sends the initial divorce filing to John Yates. Divorce records are not accessible online, but the court rep did confirm to me that anyone requesting the documents in person can get a copy. So, that means that it wasn’t necessarily Ashley, or Jay, or one of their attorneys that shared the document.

So, if you are curious about the timeline of events for Ashley and Jay this month, it goes like this:

January 23 – Ashley posts an old photo with Jay on Instagram and writes “Who the f**k is leaking all this sh*t? #LinkInBio #NotCool ?” The link in her bio is a sponsored link to an In Touch article quoting an “insider” about the divorce. “It is frustrating to both Ashley and Jay that this got leaked without them being the ones to get to share their story the way they wanted to,” the source says.

January 23 – Ashley did an Instagram story Q&A with fans, that included this response to someone wanting to know about her and Jay’s relationship status: 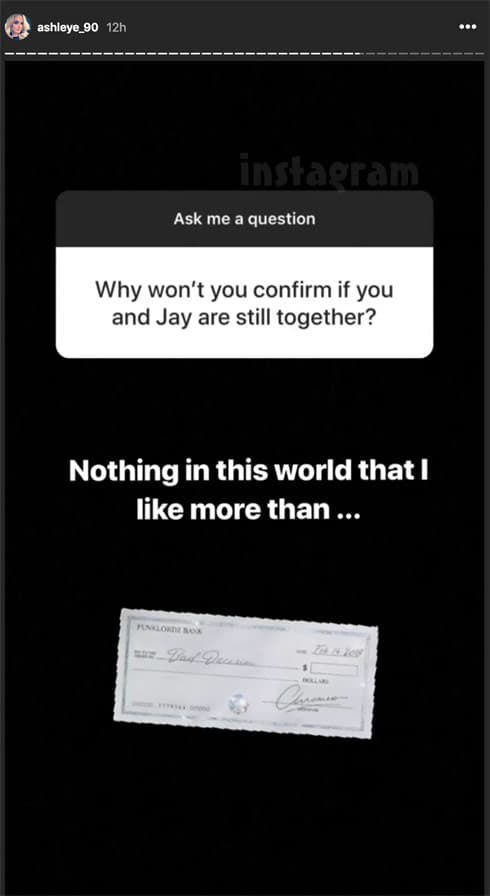 In case you missed it, Ashley and Jay are reportedly filming for 90 Day Fiance: Happily Ever After. So could all (or most) of this just be more made up drama from the couple for their story line on the show? All I will say is that those of you loving their drama must be addicted to motherf***ing quack because it’s all walking and swimming like a duck to me! ? (The gratuitous use of censored profanity there was a reference to Matt from Love After Lockup.)

90 DAY FIANCE Strip club worker starts Jay Smith GoFundMe, visits him in prison, says he ‘fears for his life if he is returned to Jamaica’