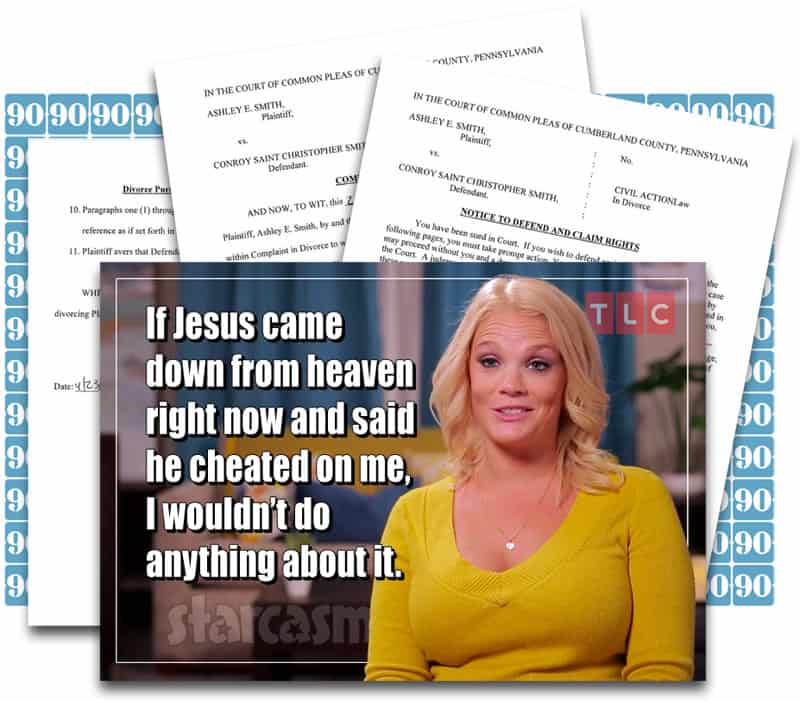 90 Day Fiance: Happily Ever After star Ashley Smith has filed for divorce from her Jamaican husband Jay Smith for the second time in less than four months.

Ashley filed the divorce documents on Tuesday, and she claims in the filing that Jay (full name Conroy Saint Christopher Smith) “committed adultery during the course of the marriage.” The divorce documents were posted by 90 Day Fiance Instagrammer John Yates moments ago. Unfortunately, his account is set to private, so I an unable to embed the gallery here.

Aside from the adultery claim, there really isn’t much else of interest in the filing. However, there is one peculiarity. Among the list of things that Ashley signed off on as being true is the statement: “There have been no prior actions of Divorce filed by either party in this Commonwealth or in any other jurisdiction.”

Ashley filed for divorce back on January 11, but withdrew the filing eleven days later.

The most recent divorce news apparently came as a shock to Jay’s sister, who commented about the documents on Instagram. “Are these true?” she wrote, tagging Ashley. “Call your brother?” Ashley asked. “Did he not tell you he has a whole new family?” she added.

There have been reports that Jay has gotten another woman pregnant, complete with alleged text messages between the two and a sonogram. It’s unclear if that is the “whole new family” that Ashley is referencing. Even if it is, it’s still unclear whether any of the allegations are true.

Ashley hasn’t responded to the divorce filing specifically, but she has continued to vaguely post about going through a difficult time. She shared a behind-the-scenes photo filming an interview for the show and captioned it by writing: “Behind every Strong woman lies a broken little girl who had to learn to get back up, fix the the broken pieces, and never depend on anyone.” She added a string of optimistic hash tags that included #bossbabe, #fixyourcrownqueen and #womansupportingwomen.

A very unsympathetic follower replied to Ashley’s post sarcastically. “Still so very, very, very broken,” she wrote. “A strong woman needn’t try to convince the world of such. #15minutesareup #justgobeamom”

Ashley came to her own defense. “You’re right. I am very broken right now. I also know I’m strong and will make it through this. Try being kind when you clearly know someone is currently very broken.”

Close to the same time that the divorce documents were posted, the soon-to-be single Ashley shared a series of Instagram story videos in which she modeled lingerie and a latex outfit: 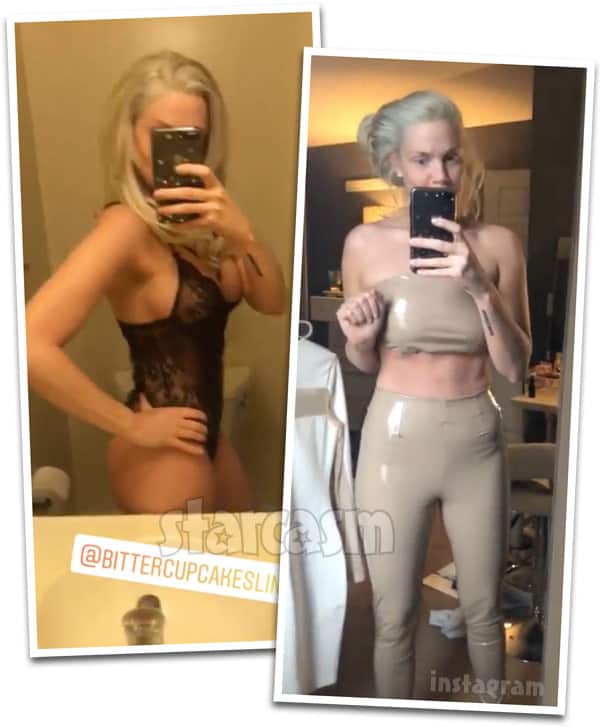 Meanwhile, Jay shared a photo five days ago that may have been foreshadowing the divorce. The text graphic simply stated “I DONT NEED NOOOOOOOOOOOOO…OOOOO (FRIENDS).” He added “NONE ▪️◾️◼️⬛️” in the caption.

News of the divorce comes just two days after documents were “leaked” online revealing that Jay was served with an arrest warrant issued by the Department of Homeland Security for allegedly over-staying his K-1 visa. He is scheduled to go before an immigration judge on May 8.

We’ve seen previous 90 Day Fiance cast members from other countries get divorced under a cloud of fraud, and even witnessed one immigrant spouse be arrested three times for domestic violence, but we have yet to see any one be deported. That may change with Jay.

The warrant and notice to appear indicate that he did not file for his adjustment of status when his K-1 visa expired, which is required in order to remain in the country legally — even if you do get married before your 90 days are up. If Ashley is looking to get a divorce, then I assume she will not be in court on May 8 to argue on Jay’s behalf. (It’s unknown if they have since filed the adjustment of status paperwork.)

I’m like most fans in that I am completely over the relationship drama between Jay and Ashley. But, I am still interested in his immigration status. We will certainly continue to follow the story and keep you updated!