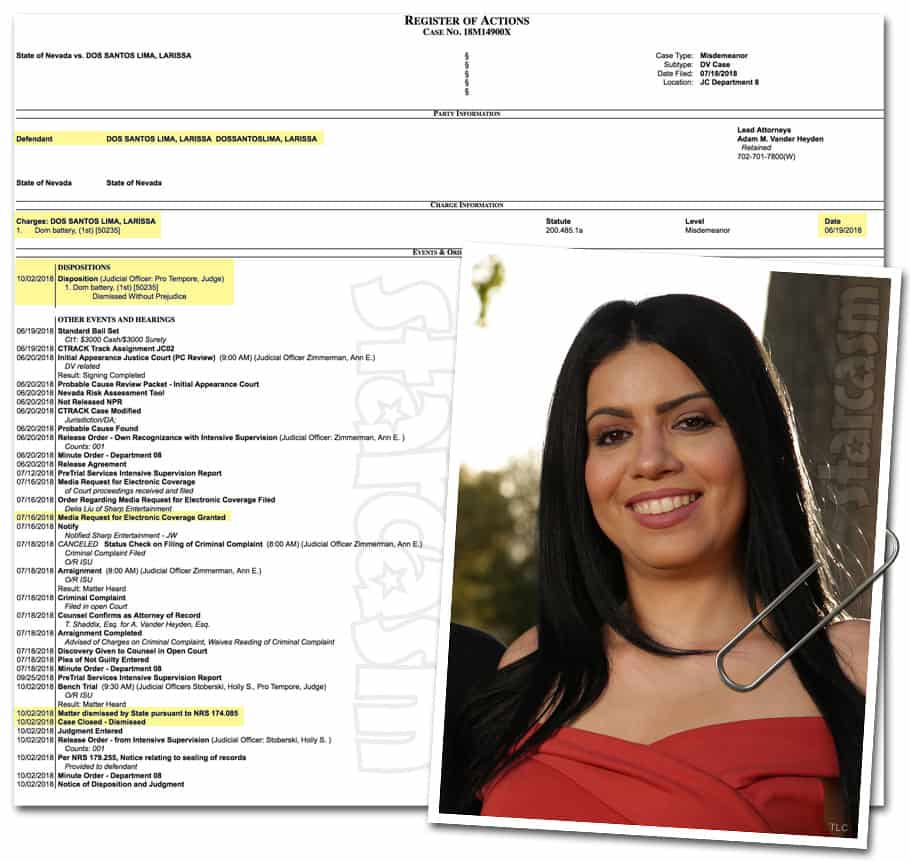 90 Day Fiance couple Colt Johnson and Larissa Dos Santos Lima had a huge argument on Saturday, with Larissa providing some very concerning updates via Instagram throughout the ordeal. Despite cops reportedly cuffing Colt initially, after conducting their interviews, it was Larissa who was arrested and charged with domestic battery. The news was shocking to a lot of fans, but probably not for Colt because this was Lariss’a second arrest for domestic battery in the past five months!

According to court records, Larissa was booked for domestic battery on June 19. Identical to her arrest this weekend, her bond was set at $3,000 at the time, and she was released on June 20.

And for those curious whether or not Colt and Larissa’s domestic issues will be featured on this season of 90 Day Fiance, the answer appears to be “yes” because the show’s production company filed a media request for electronic coverage on July 16, and the request was granted the same day.

Larissa had her arraignment on July 18, at which point she entered a plea of not guilty.

Amazingly, the case went before a judge just eight days before yesterday’s blow up! On November 2, a judge heard the case and the charge was dismissed without prejudice.

We will continue to update this story as it develops. Colt’s mother Debbie is currently in New York City where she will be appearing on tonight’s 90 Day Fiance Live After Show, but it is unknown if she will address either of Larissa’s arrests. Given that producers were apparently there to document the first court case, I doubt she will be able to talk about it — but we will have to tune in to know for sure.

90 DAY FIANCE Eric Rosenbrook confirms texts, altercation with Leida after she tried to harm herself with a knife