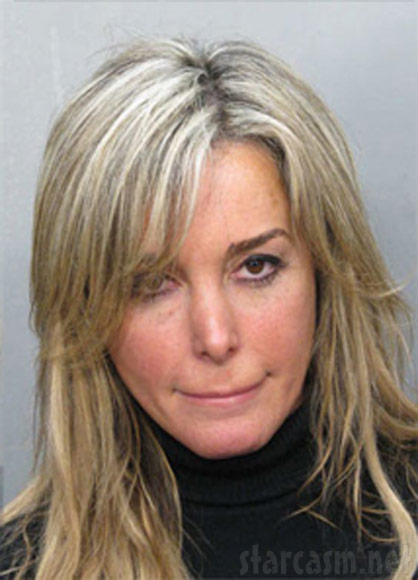 Things don’t officially get rolling on the latest installment of Bravo’s Housewives franchise until Monday night when The Real Housewives of Miami kicks off at 10|9c. But, the drama is already unfolding as the cast members get vetted by the media and the skeletons come dancing out of the closet like a Grateful Dead music video!

It seems that the apple doesn’t fall far from the tree because Marysol also ran afoul of the law in January of 2010 when she was pulled over for suspicion of drunke driving. From E!

Terry Chavez, spokeswoman for the Florida State Attorney’s Office, tells E! News that the younger Patton, a Miami-based publicist, was pulled over in January 2010 on suspicion of drunken driving.

She subsequently struck a deal with prosecutors that saw her plead no contest to a lesser charge of reckless driving to evade jail time. In exchange, she was fined $1,000 plus $581 in court costs. Not to mention that priceless mug shot.

P’shaw! Reckless driving? C’mon girls – you can do better than that!

To find out more about Marysol Patton be sure to check out our profile post on her and be sure to tune in to The Real Housewives of Miami on Bravo!