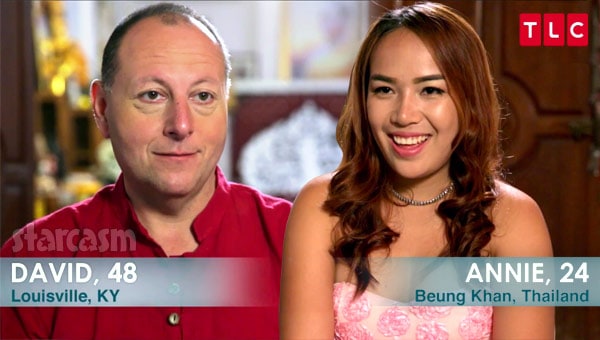 We previously shared a preview trailer for the brand new season of 90 Day Fiance, including bios and photos of the five couples featured in the clip. But, just days before the season premiere Sunday night, TLC has revealed a sixth couple to be featured this season!

* In some browsers TLC’s embeds play automatically, so you will need to scroll down and pause the two clips.

Meet 48-year-old David from Louisville, Kentucky and his 24-year-old fiancée Annie from Thailand:

David’s story sounds VERY compelling as he reveals that he had a rebirth of sorts after his entire life came crashing down a few years ago. “A little over three years ago I was 350 pounds, I had just gotten a divorce from my wife of 21 years, I had lost my job, I had lost my house, my cars — I was absolutely destitute,” David says. “And finally, probably from all the stress, I had a stroke. My life was in a place that I don’t wish on my worst enemy.” 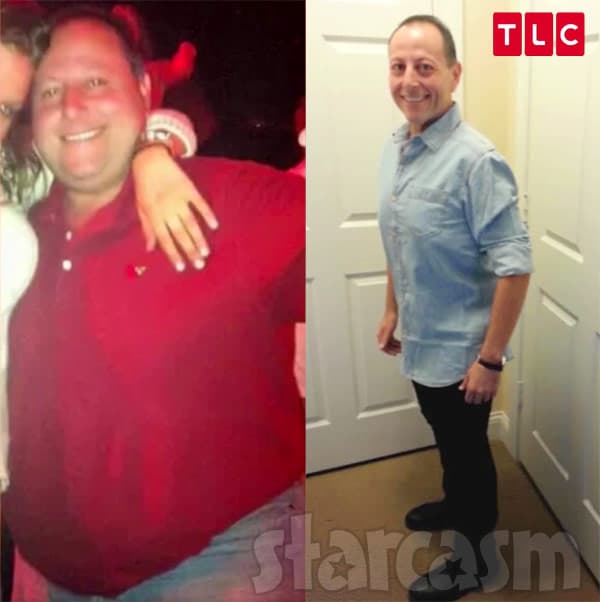 “Fast forward three years — I kind of hit the restart button on my life,” David continues. As you can see in the before-and-after photos above, David completely trsnformed himself physically. “I had lost weight, and I was in a whole new state of mind,” he says. “I packed my bags and I went to go have some fun in Thailand, and that’s when I met my true love Annie.”

David reveals that he first saw Annie when she was singing in a bar. He offered to buy her a drink, and they started talking. “She is 24 years old, but the mindset that she puts me in [makes it where] I don’t feel like a 48-year-old,” David says. “After dating for a week or two, I proposed to Annie, and of course she said ‘Yes.’ We are planning on moving back to America together.”

Annie reveals that she comes from a “very, very poor village” in Thailand, and she relocated to Bangkok in hopes of finding a job and/or a new life. “I mean he’s a, yeah, he’s good I think,” Annie says of David. “Make me happy.” 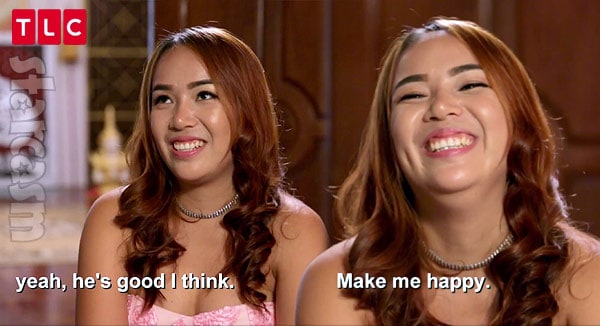 In addition to the couple’s intro clip, TLC has also released a new 90 Day Fiance Season 5 preview trailer that includes David and Annie. In that clip (included below), David reveals that he hasn’t told his kids yet about Annie. She accuses him of lying to them, but he argues that he hasn’t lied to them, he just hasn’t told them yet:

UPDATE – Click here for pretty much everything you could ever want to know about David Toborowsky, including a political scandal and his prior experience filming a reality show!

90 Day Fiance Season 5 premieres Sunday, October 8 at 9/8c on TLC. You can click here to see another preview trailer and meet the other five couples that will be featured this season!

* I should point out that we will probably not be seeing all six couples on Sunday. TLC usually starts with four and then works in the other two during the course of the season. Once all six couples have been introduced, then each week there are two couples not included (on a rotating basis). The description for the premiere episode does not include names, but Episode 2 will feature David, Molly, Nicole, and Evelyn.

MTV working on ‘Save My Teen Marriage’ reality series