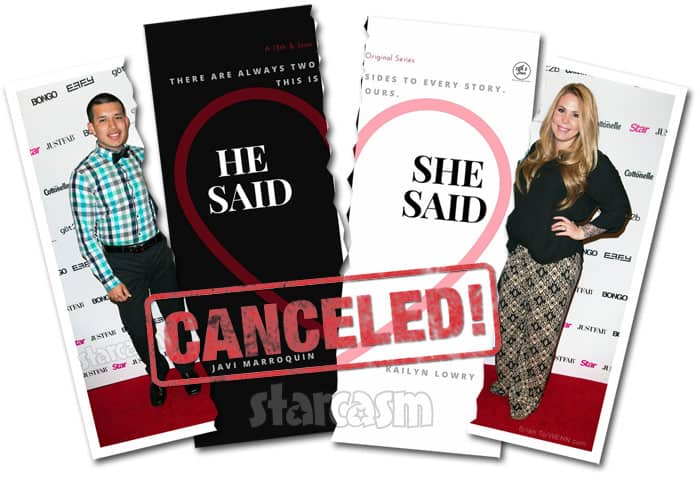 Teen Mom 2 exes Kailyn Lowry and Javi Marroquin surprised a lot of fans when they announced they were working together on a brand new book titled He Said She Said back in October. But, it seems that the couple’s animosity got to be too much as they have announced the project has been canceled.

Kail broke the news on Twitter when a follower asked when the book was coming out. “We are no longer moving forward with it ?,” Kail tweeted, “but there are other projects coming,” she added.

Javi later confirmed the book kabash and explained: “I decided I want to cut all ties with Kail and I didn’t want to come out with this book and have to go on tour. That’s behind me.”

Javi shed some more light on the couple’s current status while live tweeting the most recent episode of Marriage Boot Camp. “Someone’s bitter and can’t move on from sh!t that happened almost 2 years ago,” he wrote, adding the hash tags #yesterdayspaper #MarriageBootCamp and #moveon. He followed that up by expounding: “Have more important things to worry about right now than a past relationship that’s dead to me. Lincoln is the only thing keeping it alive. Which I’m blessed for don’t get me wrong. But him, that’s it.”

Many assume that Javi’s blossoming relationship with Kail’s Teen Mom 2 co-star Briana DeJesus is part of why Marshall’s parents are getting along more poorly than usual of late. #Javiana have been flaunting their headline-grabbing romance on social media, including a series of photos together posted by Briana earlier this week that she captioned with the #iwon hash tag: 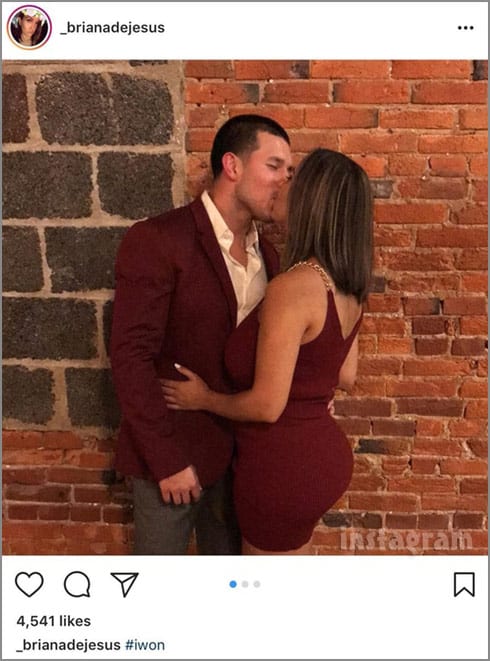 Someone shared a screen cap of the photo highlighting the caption on Twitter and added: “She won the lowest paid Teen Mom salary.” Kail responded to that tweet with: “Bruh ???????? #petty.”

Kail then offered up her own response:

#iwon more time with my son ?

She won that small ? https://t.co/lBhhO6ujSw

That elicited multiple responses from Javi: 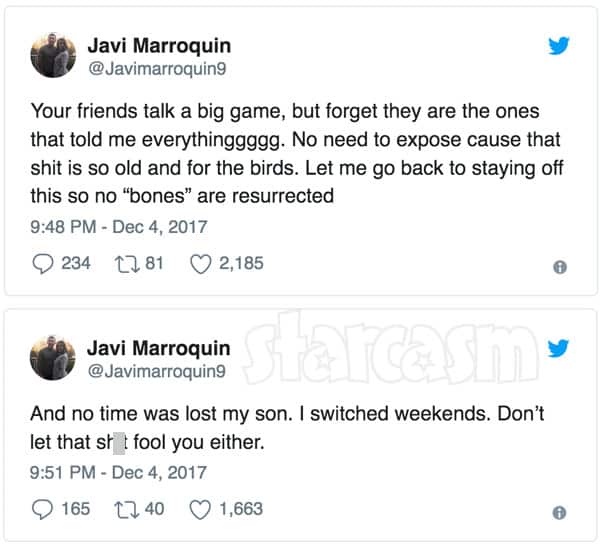 Meanwhile, Briana later changed the caption of the gallery from “#iwon” to “Thank you for being such an amazing man to not only myself but to Stella and Nova❤️ #yeaididwin” (She later deleted the #yeaididwin hash tag.)

Javi responded in the comments section by writing “Thank you for being so good to me. I never take that for granted. I love you.”

Hmmmm… Perhaps we will be seeing a #Javiana book instead?