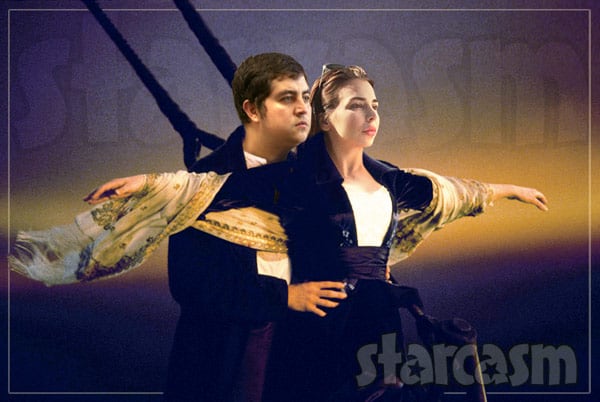 90 Day Fiance: Happily Ever After fans saw Anfisa giving Jorge another chance on last week’s episode — but are the franchise’s new king and queen (RIP #DanMo) still together, or did they split up yet again?

The last update we had either way was back in mid March when Jorge and Anfisa appeared together in a Youtube video to announce that she was taking a trip back home to Russia. Anfisa has since shared some additional videos on her YouTube channel, and numerous photos on Instagram, but we haven’t seen hide nor hair of Jorge. Thankfully, Anfisa cleared up the mystery for fans today with a very unambiguous update on her and Jorge’s relationship status!

The update came via an Instagram photo caption for an older photo of herself. Anfisa explains that she hasn’t been posting on social media as much as she would have liked over the past week because she has been very ill. “Just wanted to give you a little update about what’s going on in my life and why I don’t post more as I said I would in my last YouTube video,” Anfisa writes. “I’ve been feeling very sick for the last week, but other than that everything is fine.”

She then moves on the THE BURNING QUESTION on everyone’s mind. “Jorge and I are still together,” she reveals, adding the parenthetical: “(that answers 99% of questions I’m usually asked)”

OK, so first came love, then came marriage — what about the next step? One commenter asked Anfisa “When are you and Jorge gonna have a baby?” Anfisa responded by revealing: “Not any time soon.”

Another commenter asked to “see sonogram pics,” and Anfisa was quick to shut that down. “You are on a wrong Instagram,” she responded, “I’m not pregnant and not planning to be any time soon.”

In addition to the relationship status and future family plans update, Anfisa also revealed how her college classes are going. “I slayed my finals after my first semester at college,” she proudly boasts, adding the ?? emoji. She signs off with the positive: “Hope everyone is doing great!”

Earlier this week, Anfisa actually posted a short video clip in her IG story revealing her report card, which shows she got an A in all four classes she was taking! She overlaid the clip with the text “#beautyandbrains or nah?” 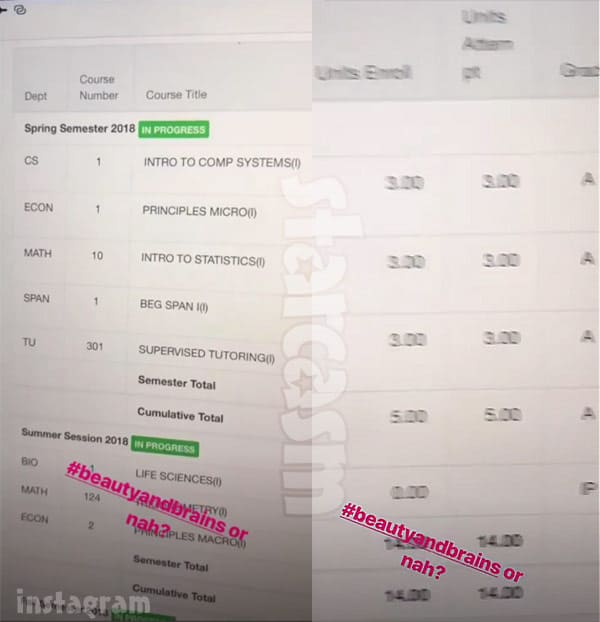 In case you are not able to tell from the photo, here are the classes Anfisa took (Sorry Loren and Pao, there’s no “Gold Digging 101” listed):

You can also see three courses listed that look to be what Anfisa has enrolled in for the summer semester:

Anfisa has got that hustle goin’ on y’all! Ol’ Jorge better step it up because something tells me that Anfisa is not gonna be happy with the tables turning and her winding up being the sugar mama. 🙂

You can keep up with Jorge and Anfisa with new episodes of 90 Day Fiance: Happily Ever After airing Sunday nights at 8/7c on TLC. (I don’t know about you, but I am DYING to know if TLC is going to include Jorge’s arrest in Arizona after he got caught with nearly 300 pounds of marijuana in his vehicle! If it turns out to be off limits I’m going to be so disappointed.)