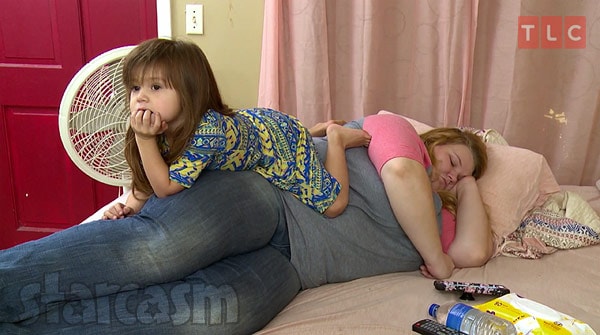 Despite all of the over-the-top drama from last nights two-hour premiere of 90 Day Fiance: Happily Ever After, the most talked about topic on social media (aside from Russ and Jorge’s hair) appears to be the living conditions of show star Nicole Nafziger. In addition to questions about how messy her “apartment” appeared, many viewers couldn’t help but notice that Nicole appears to be living in a hotel room.

More on whether or not Nicole lives in a hotel room in a minute — first, we need to take a look at that mess: 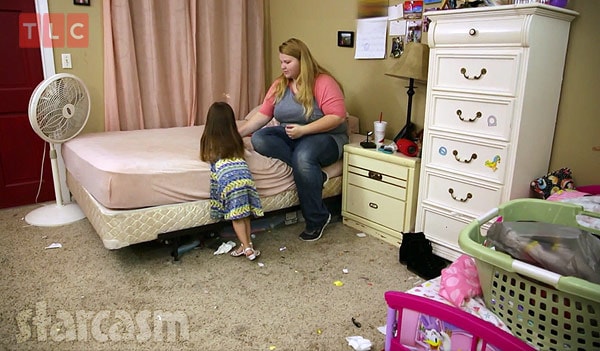 As many viewers pointed out on social media during and after the Premiere, Nicole knew that she would be filming, so how hard would it have been to just pick up a little and vacuum? Of course, and many other viewers pointed out, this could have been after she did clean up before filming. ?

Also interesting is the fact that there appears to be a Playstation 4 on Nicole’s bed in one of the shots. We know that Nicole sends Azan money every month — could it be that she is also sending him a Playstation?! (Please note that the Playstation could have been for Nicole and May, but it sure is easy to let my conspiratorial imagination run free! I’m already watching the scene in my mind where Nicole calls Chantel and Pedro for international shipping advice.) 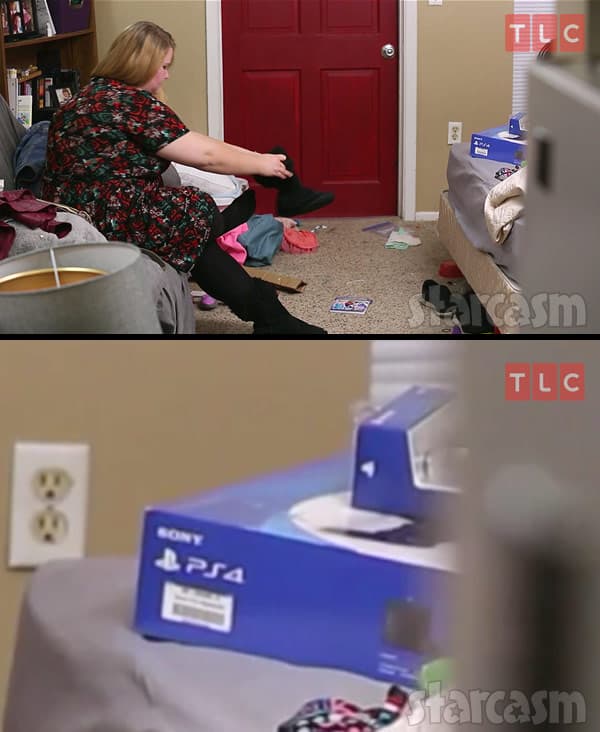 As far as Nicole’s living quarters go, that mystery was seemingly solved by a redditor on r/90DayFiance seven months ago. Nicole was pulled over for speeding and later charged with “Unknowingly-Operating Vehicle While DL Suspended/Cancelled/Revoked” in November of 2015. The address that Nicole provided is that of a Christian retreat in Florida located not too far from Nicole’s mom. The redditor points out that the Christian retreat in question provides single unit living quarters “for those in need.”

I did some more research, and upon first impression, the living quarters available through this Christian retreat appear to be WAY nicer than what we see of Nicole’s accommodations on the show. Plus, the only converted hotel rooms I could find on their website were pretty pricey and only available on a nightly basis. The retreat includes a ring of mobile homes and campers, but those appear to be very clean and well kept. Plus, they only appear to offer properties for sale, not lease.

I was beginning to think that perhaps Nicole has since moved on, but that’s when I discovered that her grandfather was a minister at the very same Christian retreat! Doing more research, I discovered a VERY strong family connection, and then I just knew that this must be where Nicole is living — perhaps even rent free.

I returned to Google maps and did some virtual driving around, beginning at the address provided from her traffic violations in 2015. I hadn’t “driven” very far, and appeared to still be on the retreat’s property, when I found it! 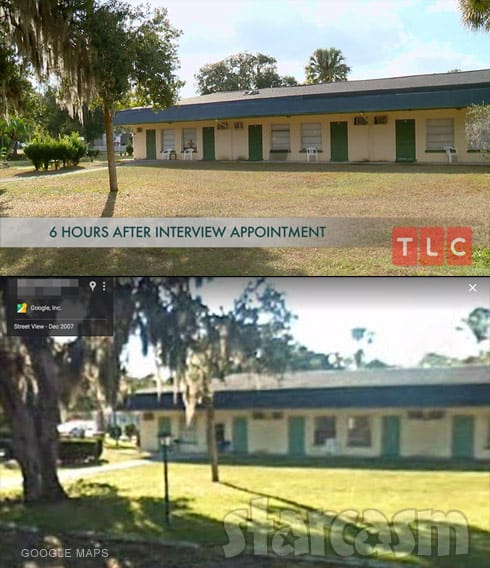 As you can see in the photos, that is clearly the building Nicole was filmed at in the Premiere! To be honest, I’m still a little surprised at the condition it is in given the surroundings, but perhaps they have a lower standard for those who receive the family discount?

I should point out that there looks to be a lot of great amenities that go along with living in the community that Nicole does, and I would assume that May benefits from those amenities immensely. There’s the church, summer camps, and all sorts of facilities at her disposal. I think perhaps if Nicole was a bit more tidy that she might actually be receiving positive comments about where she lives given that it is more than likely VERY inexpensive with a lot of potential positives for May.

In answer to the question of whether or not Nicole lives in a hotel, it does appear as though the building used to be a hotel. It is near water, so it would make sense.

Hopefully, Nicole will be making a decent sized paycheck for Happily Ever After and will have some better options for living quarters soon, as far as square footage goes. Perhaps even a nicer place in the same community?

Of course, reports are that she is currently in Morocco where she plans to marry Azan and wait for a CR-1 visa to bring him back, so who knows what her future holds! Certainly, if Azan is cleared to come to the US as Mr. Nicole, then they will most certainly need another place to live with more room, right? (I’m sure show producers might disagree.) I suppose we will all have to keep tuning in to new episodes of 90 Day Fiance: Happily Ever After airing Sunday nights at 8/7c on TLC!