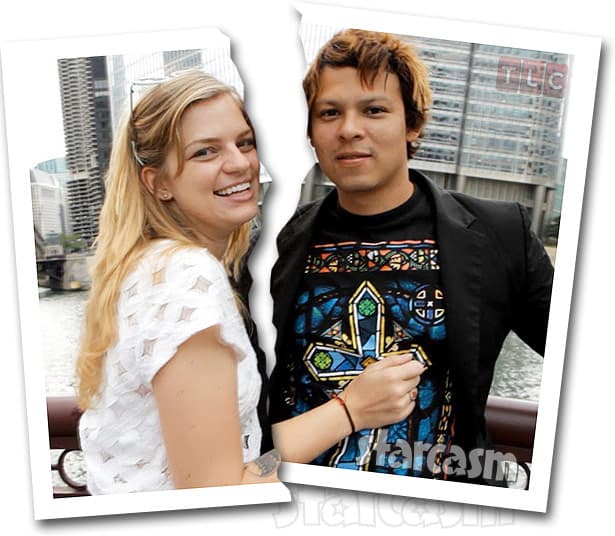 The roller coaster ride of recent 90 Day Fiance Season 2 cast news continues. Earlier this week we reported that Cassia Tavares has moved out on Jason Hitch as they continue to struggle to make their relationship work, and then we got the joyful news that Amy and Danny Frishmuth are expecting their second child together! Unfortunately, the good news/bad news roller coaster is going back down again as we have just learned that Chelsea Macek and Yamir Castillo have apparently split.

According to online court records, the couple filed for a dissolution of marriage on November 30, 2016 and it was disposed on December 9. That would mean they were officially married for just over two years since they tied the knot in or around September of 2014.

I’m not too up on my immigration law, but I believe two years is the amount of time you need to remain married in order to divorce and retain citizenship, is that right? (I think I remember that after researching one of our hundreds of articles about Danielle and Mohamed.)

Fans have speculated that Yamir and Chelsea broke up because there are no recent photos of them together. Chelsea shred this photo with her pals on New Year’s Eve — and you’ll notice there is no Yamir:

A photo this lovely must be borrowed. These beautiful beings make my heart sing. #nye2017

And just in case you wanted a better look at Chelsea, here she is showing off a couple new [GREAT] looks: 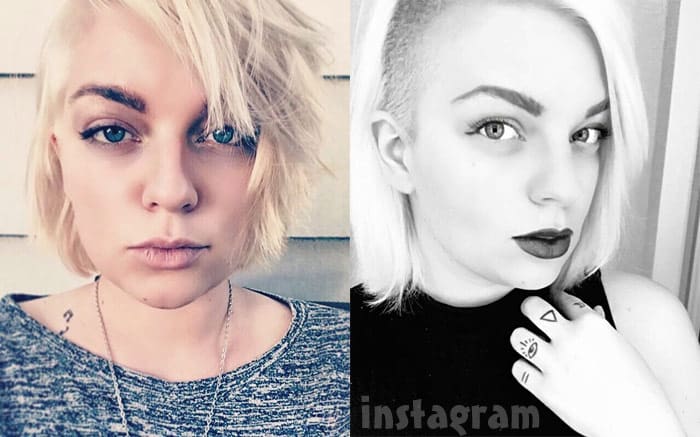 Meanwhile, all of Yamir’s recent photos are also all sans Chelsea — but still in the US:

Yamir looks to still be working on his music career, but he might be paying his bills by other means as there is a photo making the rounds online that purports to be Yamir working at a Target store in the Chicago area. However, that photo has not been confirmed.

Just like a lot of 90 Day Fiance fans, I am bummed by the break up news. Chelsea and Yamir had quite the odd and unlikely origin story, and they were both so positive and enthusiastic that I was rooting for them in a big way.

UPDATE – Chelsea and Yamir issued a joint statement after we broke the story of their split: “I’m sorry, but we are not interested in giving details of our personal lives,” they said. “We thank you so much for thinking of us.”

***SIGH*** Let’s all take a moment to remember the good times — in the form of Yamir’s music video for the song “Party Love,” which stars Chelsea of course:

* More on the music video for “Party Love” here.