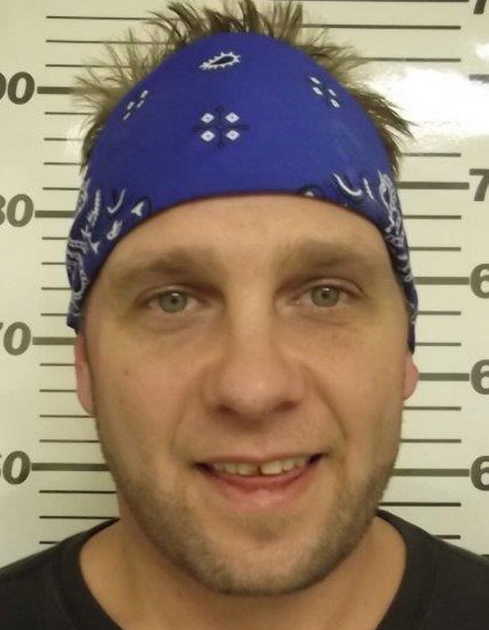 In “I’m now afraid to go out of my house news,” habitual DUI offender and 3 Doors Down bassist Todd Harrell was arrested yet again for driving under the influence after police found him “slumped over the steering wheel of his vehicle” at an intersection in D’Iberville, Mississippi Tuesday night.

Harrell had previously been arrested for driving under the influence of prescription drugs in 2012, and then again in April of 2013 when he was allegedly driving under the influence and clipped the back of a pick up truck on the interstate, killing the other driver, 47-year-old Paul Shoulders Jr. Harrell is still facing charges of vehicular homicide by intoxication, unlawful possession of a controlled substance, violation of the implied consent law and possession of contraband stemming from the 2013 accident.

As far as Harrell’s arrest Tuesday night, D’Iberville police Chief Payne says, “On arrival our officers made contact with the driver and there were signs of his being impaired.” Harrell was charged with “a second-offense DUI involving a substance other than alcohol, Payne said, and police got a court order to take a blood sample from him,” reports USA Today.

“We don’t know what the substance is at the time. We sent the sample on to the crime lab for testing,” Payne added.

In his mug shot, a rather silly-faced Harrell can be seen smiling and wearing one of his trademark bandana doorags on his head. (I didn’t think police would allow you to wear one of those for a booking photo — am I wrong?)

Todd Harrell was released on a $1,789 cash bond with no date yet set for his next court appearance.

Harrell reportedly left 3 Doors Down after the 2013 arrest in which the other driver was killed.