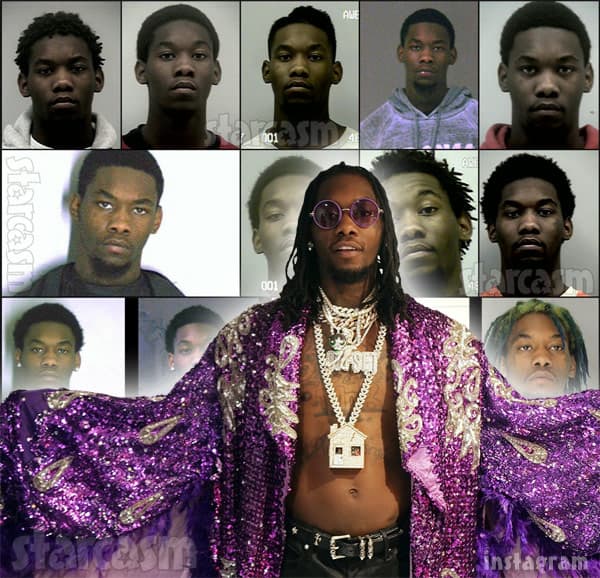 Cardi B’s husband Offset was arrested in Clayton County Georgia earlier today after being pulled over by police who later found “at least one weapon” in the vehicle. The weapon(s) resulted in two felony charges for the rapper — which is especially bad news given that he was already a convicted felon.

There are conflicting reports as to why Offset (real name Kiari Cephus) was initially pulled over. TMZ states that it was because of window tinting, while CBS 46 is reporting that it was because of a lane violation. The latter seems to line up with the fact that one of the two misdemeanors Offset has been charged with is improper lane change. The other misdemeanor is for possession of less than an ounce of marijuana.

According to CBS 46, Offset was driving a 2014 Porsche Carrera (TMZ says it was an SUV) with his body guard at the time he was pulled over. TMZ’s source says that police found “at least one gun,” but that now seems obvious given the felony weapon possession charge.

UPDATE – CBS 46 was right about the vehicle as TMZ has since updated their post with Offset’s Porsche being towed away.

POSSESSION OF FIREARM BY FELON AND FIRST OFF PRO (FELONY)

WEAPON – POSSESSION OF DURING A CRIME (FELONY)

POSSESSION OF MARIJUANA ONE OUNCE OR LESS (MISDEMEANOR)

According to jail records, Offset was booked at 6:42 PM and it appears as though he is currently being held without bond.

Being behind bars is nothing new for Offset as the 26-year-old Migos rapper has been booked numerous times over the past decade. Here is a collection of Offset mug shot photos dating back to 2010 when he was just 18:

And just in case you were completely out of the pop culture loop, Offset’s arrest comes less than two weeks after he and wife Cardi B welcomed their first child together, daughter Kulture, on July 10. (You can click here to find out a little more about why they chose the unique name.)