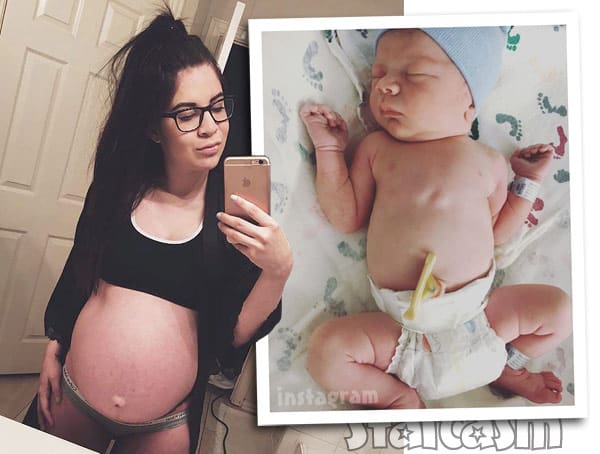 Justin broke the news to fans with the photo of Phoenix below, revealing in the caption that Phoenix was born at 9:04 AM on the morning of January 7. Their little bundle of joy weighed 6.14 oz. at birth. 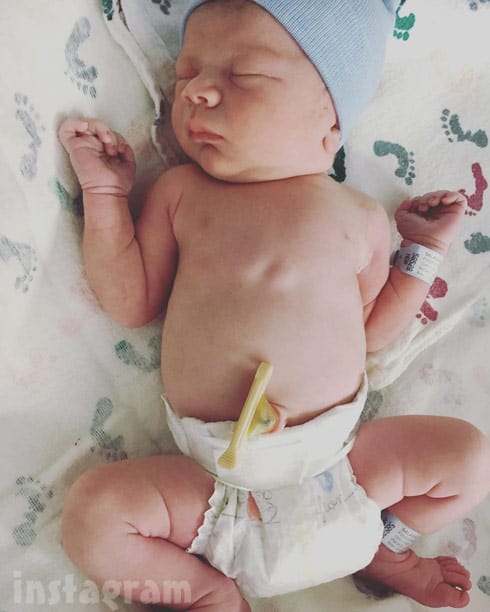 The birth comes after Ashley shared a series of concerning tweets this week. “In soooo much pain,” she tweeted on Monday. “No more kids for this lady.” Later in the day she asked for tips on pain relief. “Any sug for relieving pain during pgcy? Tylenol, even xtra strength, does NOT work!! Just hook me up into an IV and give me an epi already!”

Things were apparently no better for Ashley on Tuesday. “Seriously so scared to have my son,” she wrote. “As much pain as I’m in I want to keep him in as long as I can.”

On Thursday, Ashley went to the hospital after it appeared that her water broke. “Who knows about the test for amniotic fluid for water breaking?” she asked the following day. “Went into the hospital last night and got sent home. I swear it broke!”

Not long after that tweet Ashley went social media silent — and the next thing we knew, Phoenix was here!

Unfortunately, judging from recent posts on social media and her blog, it appears as though Ashley and Justin are no longer together. In her most recent blog post, titled “The Final Stretch,” Ashley tried to remain positive:

Things have been rocky this pregnancy and I’d be lying if I said it was the picture perfect one that I had always dreamed of after what I went through with Callie, but I’ve almost made it through.

I just pray every day for a peaceful welcoming into this world for my little man as well as understanding as him and his big sister grow older. I also pray for the wisdom and patience for me to find the right words for them as they mature.

I know there’s a plan for me and my son. I go to counseling every single week and still work every day on patience and slowing down, taking a deep breath and taking things one day at a time.

Congratulations to Ashley and Justin — we’re sure they will make the best of the situation and work together to provide a wonderful life for Phoenix! Speaking of that, the little guy has a pretty awesome looking room to come home to already:

Still got some stuff left to do but getting there. Thx mom lol