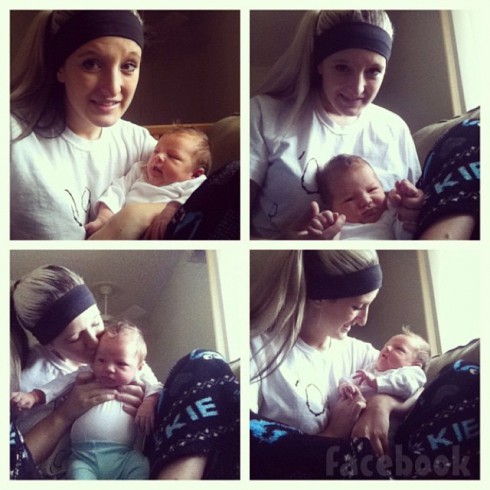 As we reported back in October, MTV plans to include teen mom Maddy Godsey (seen above with daughter Aubrey, born in October) from Tinley Park, Illinois in 16 and Pregnant Season 5, and it appears there is at least one person none too thrilled about the news: Tinley Park Mayor Ed Zabrocki! When Zabrocki found out the network wished to film at a local restaurant located in a train station owned by the village he contacted the owner and informed him that MTV cameras would not be welcomed on village property. 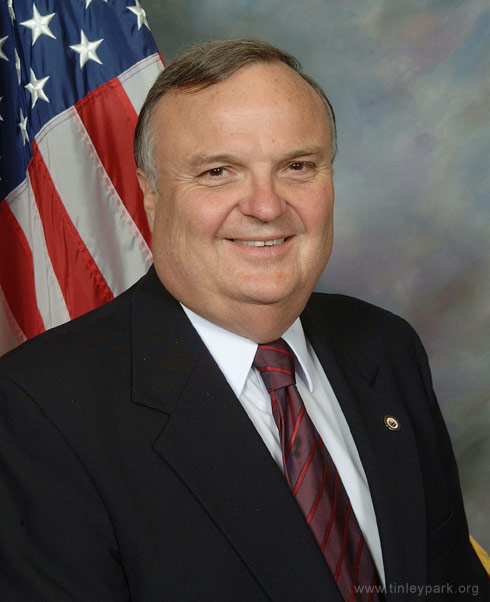 Mayor Zabrocki, seen in the photo above, recently did a phone-in interview with WGN (full video below) to answer questions about turning away MTV. Zabrocki reveals that he has only seen one episode of 16 and Pregnant, but he feels confident in his belief that the show “glamorizes unwed mothers.”

Zabrocki later points out that he is familiar with the problems addressed on the show. “I was a high school guidance counselor for 42 years and have dealt with both unwed fathers and unwed mothers,” he says, “so it’s not anything that is new to me.” He then adds, “in my own family I have four adopted children from unwed mothers and from foreign adoption, so I’m familiar with the kind of things that are involved with this.”

Michael Papandrea, the owner of the restaurant in question, initially had the same opinion as Mayor Zabrocki when he was approached by MTV, but he later had a change of heart “after giving the matter further consideration, reasoning that the show has a positive effect on teenage pregnancies,” according to The Chicago Tribune. He would eventually allow MTV to film a scene at another of his Parmesan restaurant locations in Frankfort, Illinois.

In addition to the Mayor’s snub, local Andrew High School also turned down MTV’s request to film on their campus. “There was a request made in August for (Andrew) to allow them to shoot on campus regarding a young lady they may be featuring in their show,” Andrew High School principal Bob Nolting told The Chicago Tribune. “We denied that request and have not worked with them or the family any further.” 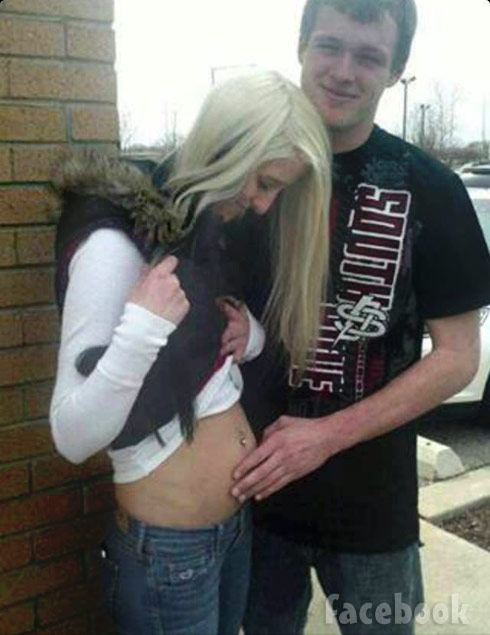 Maddy, seen above with her baby’s father Cody early on in her pregnancy, reportedly left her regular high school to attend an alternative high school after she found out she was pregnant. Perhaps that was due in part to Andrew High School’s refusal to allow filming? (That is purely speculation on my part.)

Here is the full phone-in interview with Mayor Zabrocki from WGN followed by a transcript:

WGN: Is your opposition based on just that you don’t like the content of the show and the message it’s sending?

Zabrocki: I think you’re exactly right. I think the initial concept of the show probably made some sense, but over the years with reality TV, etcetera, that kind of thing, I think it glamorizes unwed mothers, and this is a quick and easy way for some young ladies — 14, 15, 16 years old — to have it in their mind, “Hey, this is how I can get on TV and get my 10 minutes of fame.” And I think that sends the wrong message. And I feel very strongly about it.

WGN: Does your town or your schools offer services to women who are teen… are pregnant who are teenagers?

Zabrocki: Those kind of services are available through the schools, through the churches, etcetera — that kind of thing — through different social organizations. Just by way of background, I was a high school guidance counselor for 42 years and have dealt with both unwed fathers and unwed mothers, so it’s not anything that is new to me, that kind of concept. And in my own family I have four adopted children from unwed mothers and from foreign adoption, so I’m familiar with the kind of things that are involved with this.

WGN: Can I ask what kind of authority do you have as the mayor to say to, I think it’s this restaurant that’s inside the train station at 80th Avenue there, do you have authority to tell them that “You are not allowed to film?” I mean, can’t the restaurant owner say they can come in if they want?

Zabrocki: Well here’s the situation: the restaurant is a tenant — a leasee so to speak — in our railroad station on 80th Avenue, and I basically went in and talked to the manager but said I didn’t think it would be a good idea for them to film within the station. Now, in the same breath, I’m not going to get the village of Tinley Park and residents of this community into any kind of frivolous lawsuit over something like this. Uh, my authority — that could be questionable. There’s no question about that, but I felt I had to take a pretty strong stand on not glorifying that kind of thing. 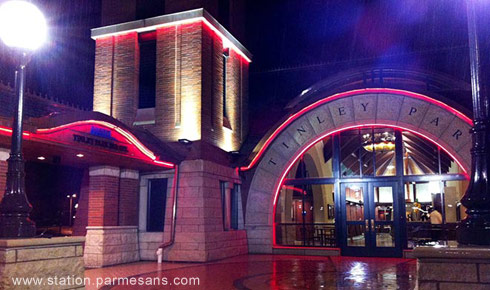 ^ Photo of the restaurant being referenced in the interview, Parmesans Station

WGN: So what does the owner say? Is he going to allow it?

Zabrocki: Oh, he complied with it. He has indicated that he had some questions about it himself at the train station, but interestingly enough, he allowed the filming to take place at his restaurant in Frankfort, Illinois.

WGN: So, for you, this isn’t about a perceived negative image of Tinley Park, it’s more of the message from the show itself?

Zabrocki: Absolutely. I think it tends to glorify that kind of thing. I mean, as I said earlier, the show started out, probably, in a very positive way: “We want to show the difficulties of teen pregnancy, etcetera,” that kind of thing. But again, given our society, given our reality shows, all those kinds of things, I think it has just degenerated. Now I’ve seen the program probably, I’ve seen only one episode probably six, seven months ago.

WGN: So when you talked to MTV about your concerns, what did they have to say?

WGN: What about the family? Have you been in contact with the family?

Zabrocki: I have no idea who the family is.

WGN: Wow. Alright, well Edward Zabrocki, thank you for joining us to talk about this this morning. We appreciate it.