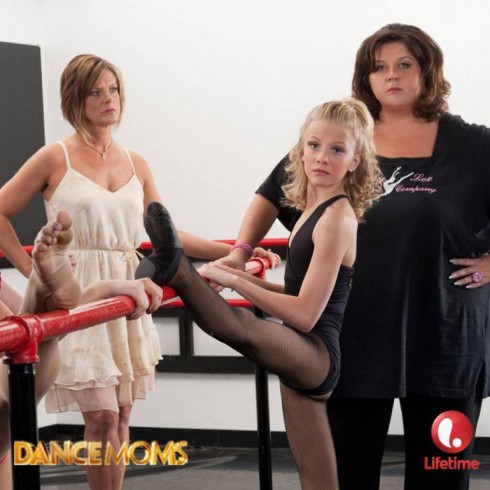 Like mother, like daughter? A few months after mom Kelly Hyland filed a lawsuit against Dance Moms‘ Abby Lee Miller, 13-year-old Paige Hyland filed her own suit against the dance instructor.

According to the lawsuit obtained by Deadline, the teenager seeks unspecified damages in excess of $25,000. Paige claims Abby put her in constant fear of harm, especially after witnessing the fight between her mom and Abby.

“Paige Hyland reasonably feared she would be physically injured because she had observed Miller physically batter other people on the show including physically pushing Kelly Hyland’s face, pinching another student until she bled and violently grabbing another student by the arm,” she said in the lawsuit, which was filed in LA Superior Court on Tuesday. “Since being involved with the show, Paige Hyland has suffered from panic attacks caused by Miller’s abusive, intimidating and aggressive conduct… She has received professional medical treatment for the anxiety, panic attacks and other emotional distress caused by Miller’s actions.”

Although the lawsuit only names Abby as a defendant, Paige seemed to place a lot of blame on Dance Moms producers.

“Indeed the producers of the show, in an effort to attract ratings and viewership, encourage and facilitate conflicts between Miller on the one hand and the young dancers and their mothers on the other,” Paige claimed. “It became clear early on that the children on the show were being subjected to abusive and unlawful working conditions.”

Paige added her mom tried to quit the show several times, but was told by Collins Avenue Entertainment executives that they would “sue her for everything she owned” if she backed out of the contract.

Following the fight shown above, Kelly filed her own $5 million lawsuit against Abby and Collins Avenue Entertainment in February. Like her daughter, Kelly said producers “encouraged and facilitated conflicts” and accused them of defamation. She also accused Abby of assault. In August, LA Superior Court Judge Ruth Kwan said she would likely toss out the case, but cautioned lawyers that her decision wasn’t yet final. It seems the lawsuit is still on the table.

“I’m not looking to make a lot of money off this,” said attorney Michael Shapiro. “I think what Miller has done to the kids is intolerable and has got to stop. It’s the most repugnant case I’ve been involved in after 49 years of practice.”