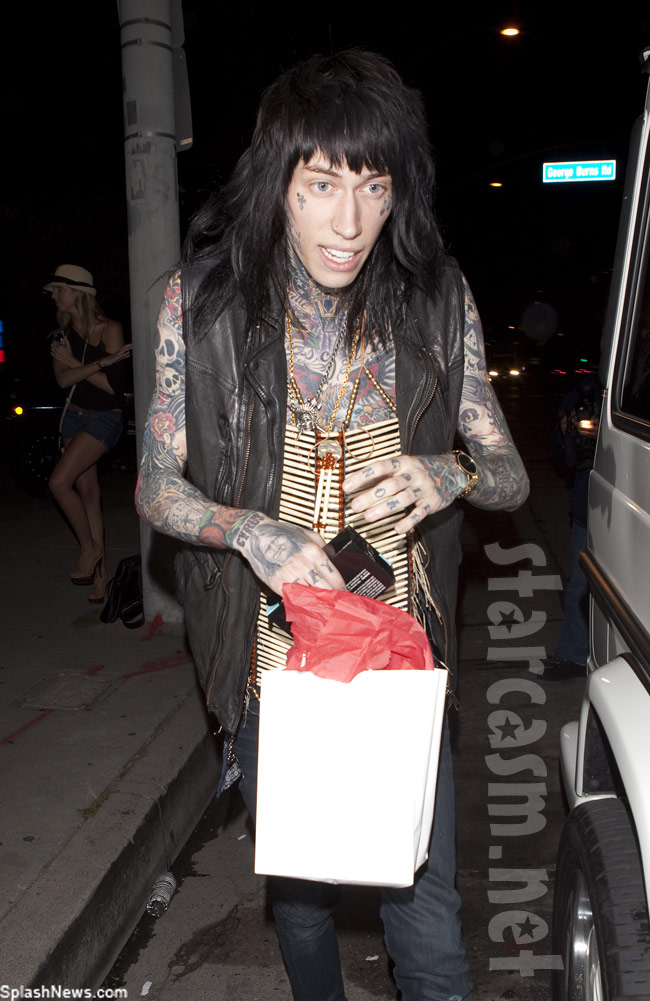 Without question Trace Cyrus is much more under-the-radar when compared to his Disney starlet sister. While Miley is omnipresent and her daddy Billy Ray gets his “Achy Breaky Heart” around Trace and his considerable ink prefers to focus on his tats and his music.

While Miley is a little bit country Trace is straight up full-blown Rock & Roll. He’s the singer and guitarist for the band Ashland HIGH and he’s recently released demos of two songs called “Break it Down” and “Pretty Girls” which you can check out via the band’s MySpace page here.

Trace was adopted by Billy Ray and spent quite a bit of time on the road back during his dad’s heyday.

The above photo was taken at a party held to launch the new HTC Evo 3 mobile phone at a pop up Radioshack Club in West Hollywood. Something just kinda struck me funny about the hardcore Cyrus toting that cute little white gift bag. But hey man, if they’re handing out free stuff I totally get it!

REPORT Miley Cyrus and Liam Hemsworth are over, Miley’s partying to blame, or Liam’s wandering eye?

16 & Pregnant Ebony Jackson update: Husband could be kicked out of Air Force