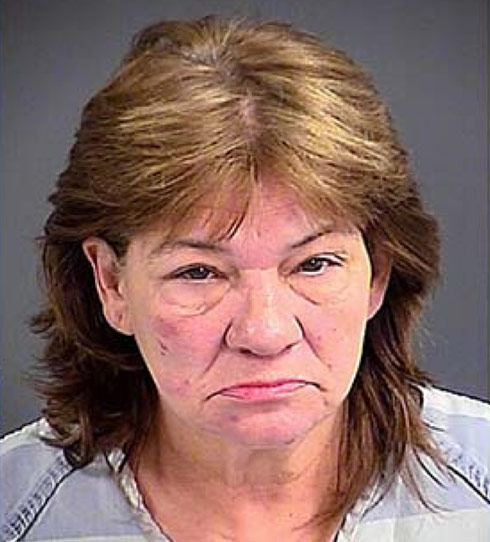 Witchy woman Vernett Bader of North Charleston, South Carolina did not have a peaceful easy feeling late Monday evening when her roommate refused to stop jamming out to the classic rock tunes of The Eagles. Little did her roommate know there was going to be a heartache that night.

Bader’s roommate and former lover told her to shut up when she demanded that he turn off the tunes, so she took it to the limit by allegedly procuring a 14-inch serrated bread knife and swung it at the desperado several times. The victim managed to get the knife away from Bader after being cut a number of times on the arms and hands, but she came back with another one. Fortunately, he was already gone as the victim managed to lock himself in the bathroom.

When officers arrived, Bader told them that the victim had choked her and that’s why she grabbed the knife but there must have been something in her lying eyes as they noticed that there were no marks on her throat. There was a new kid in town present during the ruckus and he confirmed that in the long run, the victim’s story was accurate.

The officers noted that all 3 were having one of these nights, stating that the trio were intoxicated at the time of the alleged assault.

Bader was arrested and charged with criminal domestic violence of a high and aggravated nature before facing another tequila sunrise.