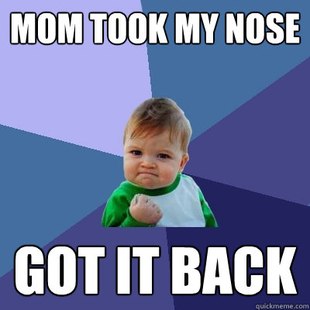 If you’ve been on the internet in the past eight years, you’ve seen the “Success Kid” meme. It’s the one of the adorable, chubby-cheeked little boy pumping a fist full of sand at the beach. And probably eating some of the same sand. But he’s adorable and chubby-cheeked and eminently meme-able, so who cares? Eat all the sand you want, little guy.

It turns out, though, that there’s a lot more to this particular story. The boy’s name is Sam (“Sammy”) Griner. He’s eight years old. His mother died of kidney disease some time ago. And now his father has the same disease. So Sammy–with a little help from his family–has set up a GoFundMe page to try and both find a donor and raise enough money to pay for his dad’s kidney transplant. 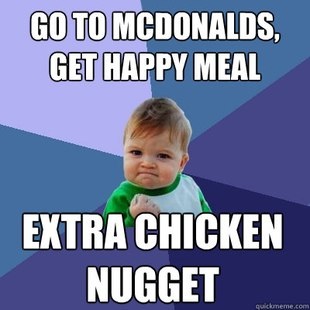 The page has gotten a ton of traffic over the past few days, thanks to Sammy’s childhood celebrity, and, fortunately for his family, they’ve raised the needed $75,000 and then some. What they do still need is a kidney–but neither Sammy nor stepmother Laney is ready to give up hope.

“It’s just all been really amazing,” Laney, of Jacksonville, said recently. “It never stops being weird, and it never stops being awesome….Six years on dialysis is getting to be a long time.” (Justin has had kidney failure since before Sammy was born.) “It’s wearing on him….I just want to get him healthy.”

If you’d like to find out if you’re a match for Justin, you can visit the Mayo Clinic’s kidney donation page.