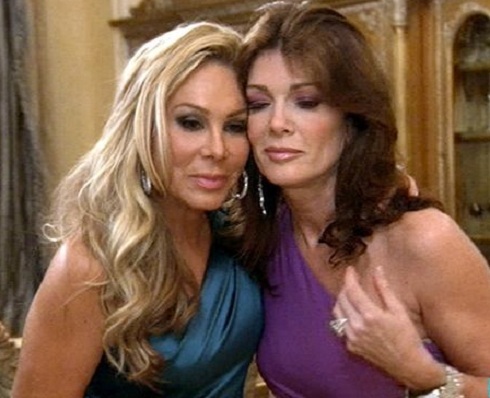 Lisa Vanderpump and Adrienne Maloof used to be close friends and neighbors, but things were asid and done during the second season of The Real Housewives of Beverly Hills that drove a spike between them and ultimately ended their friendship. So what was it exactly that caused the great divide?

The feud began when Lisa’s daughter Pandora went to Las Vegas for her Bachelorette party and didn’t have it at The Palms, which is owned by the Maloofs. Following that incident, Lisa referred to Adrienne’s shoe line as the “Maloof Hoof” and went on to design her own Vander-pump. Adrienne was very upset about these things and as time went on, she seemed convinced that her former friend was out to get her. 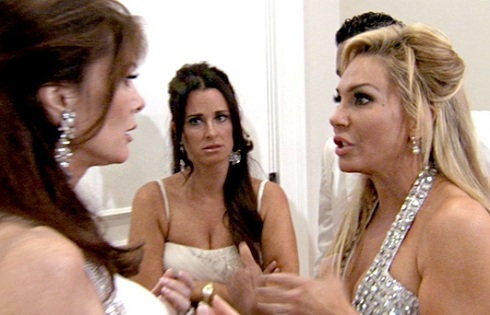 As the episodes played out, tensions rose between them, and once the ladies were reunited at the season two reunion, it was obvious that the two were no longer friends. During the show, Adrienne even claimed that Lisa had been selling false stories about her to Radar Online in an attempt to make her out to be the bad guy. Lisa denied those claims.

After their falling out, mutual friend (at that time) Brandi Glanville told the press, “There is a lot of tension between the two of them. It bums me out because they both are so great.” As viewers of the show have seen, Brandi eventually sided with Lisa and during season 3, the drama between them went to an all-time high, requiring lawyers to get involved. 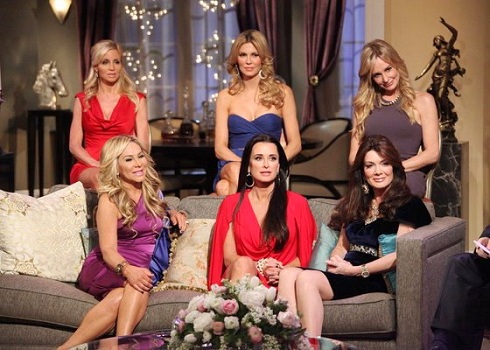 When the third season of Real Housewives of Beverly Hills premiered last Monday, the two were still at odds. Lisa was celebrating the 10th anniversary of her Beverly Hills eatery Villa Blanca with an elaborate bash and all of her co-stars were invited — except for Adrienne. So what did she do? She had a giant geranium arrangement sent to Lisa during the party. Talk about making your presence known..

Real Housewives of Beverly Hills airs every Monday night at 9/8c on Bravo.