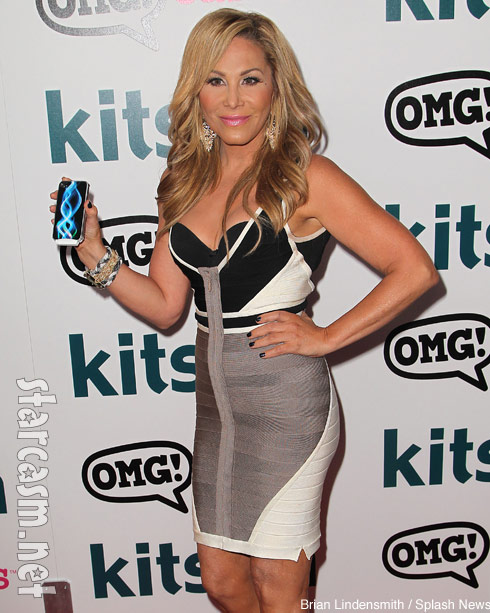 Adrienne Maloof and Dr. Paul Nassif may want to proceed with their separation in a reasonable manner, but is that really possible? A split is always hard, especially when children are involved, so this may prove to be more trouble than either had bargained for.

“I have to say, like any marriage this is a time where there’s a bump in the road,” Adrienne Maloof told Radar Online during her OMG Cases launch party last night. “We’re working on it, it just happens to be on public display. It is very difficult.”

Adrienne and Paul have, of course, dealt with their fair share of internet rumors. Most recently, there were reports that Paul had cheated on Adrienne back in 2006 with a 19-year-old girl who had been working at his office at the time. There were also allegations that the two had opted for an open marriage, which eventually led to their split.

All of the rumors are simply that — rumors. No reason for separation has been given from either party, and it likely won’t ever be discussed.

Adrienne explains, “It’s been difficult, so I’m looking forward to a positive resolution. The most important thing is I have beautiful healthy kids.” She and Paul are the parents of three boys

On a more positive note, there have also been reports of a possible reconciliation. Paul filed for separation — not divorce. A source recently told Us Weekly that the two have been going to counseling and are trying to save their marriage. “Things could be worse. I always try to find this glass half full,” Adrienne says.

Adrienne Maloof and Paul Nassif will be seen in Real Housewives of Beverly Hills‘ third season which debuts later this year.

To get your own OMG Case, visit their official website.