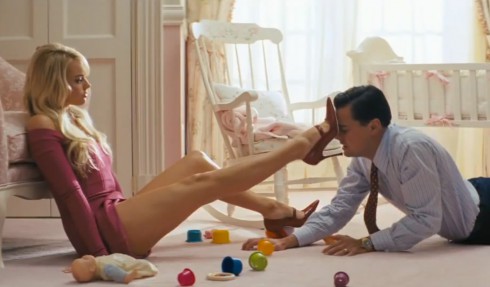 Aussie soap actress Margo Robbie is a bit of a scene stealer in The Wolf of Wall Street, giving DiCaprio’s bad boy a run for his money.

The 23-year-old actress quit the Australian soap opera Neighbours in 2010 after spending 3 three years as Donna Freedman. When she arrived in Hollywood, she landed a role on the short-lived ABC series Pan Am. Soon after that, she was cast in The Wolf of Wall Street, which could be the start of a promising Hollywood career.

She wasn’t shy about taking it all off for the role, telling Rolling Stone “If there’s ever a time to do nudity, it’s with Scorsese behind the camera. He approached the sex the way he does violence: very raw and real.”

Margo will soon appear in two upcoming films: Richard Curtis’ About Time, and opposite Will Smith in Focus.

PHOTOS – 2010 Sexiest woman alive Minka Kelly used to be a nurse, mom was a stripper