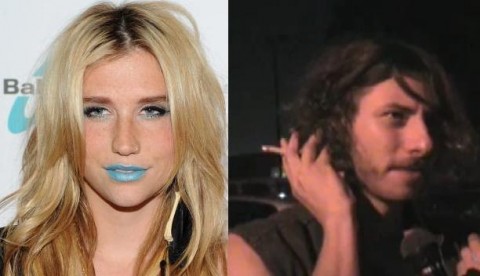 Ke$ha made her way to Chicago over the weekend for Lollapalooza and along with her usual odd fashion choices she sported some new crunchy arm candy.  The bearded rock-star looking guy that was along for the ride is Alex Carapetis from Australia.  So just who is this new man who’s love is Ke$ha’s drug?  Lets find out about our mate from the land down under and what sources had to say about how serious the two are getting.

Alex Carapetis not only looks like a rock star, he is.  Well he sorta kinda is in that he’s a drummer that has toured with major acts including Nine Inch Nails, Phoenix and Robbie Williams.  He currently is the beat keeper for Julian Casablancas having backed him for his tour in support of the album Phrazes For The Young.

Here is a video interview with Alex from TheWebShow in which he’s in full rock-star party mode holding a beer, smoking a cigarette and talking to some dude with a hand held camera.  Heads up, some of the chatter includes four-letter bombs:

According to E the “Tik Tok” singer and Aussie drummer were getting pretty intimate in the Musician Lounge.  A source told E that:

“They wouldn’t stop making out!  They have natural chemistry and are always laughing.”

Further fanning the love flame rumors is the fact that Alex has reportedly moved from Australia to L.A. to be closer to Ke$ha.  The two were also overheard discussing the possibility of getting matching ink while they shopped for Carrera sunglasses.  Tattoo togetherness, now you know it’s getting serious!

Speaking of  tattoos and love here is a picture that  Julian Casablancas posted over the weekend to his Twitter page of Alex catching a foul ball at a Cubs game.  It’s just Alex’s hands but there’s a heart tattoo as plain as day! 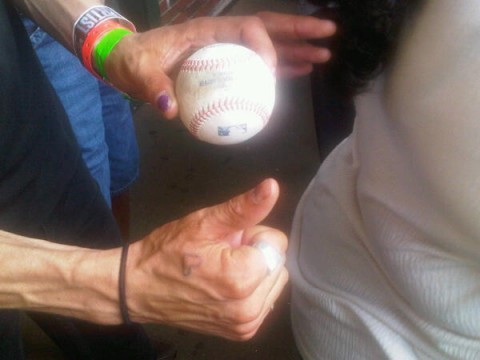 A big thums up to Ke$ha and Alex in their future endeavors.  You can find out more about Alex by checking out his MySpace page here.