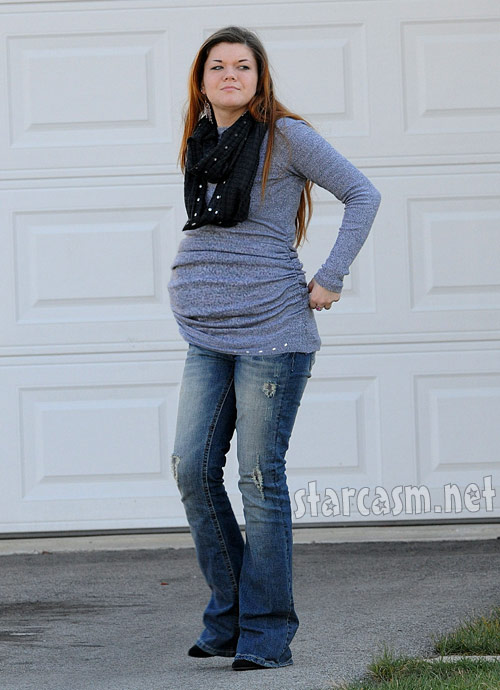 Disclaimer about above image: It is photoshopped!

We are a website that attempts jokes from time to time, and we’re simply making fun of the fact that every week the tabloids seem to have a new story about Amber being pregnant.

Star magazine is reporting that Teen Mom Amber Portwood is pregnant again! A source for the magazine says “the 20-year-old MTV star took a home pregnancy test on Dec. 4 — and it came back positive!”

“Amber is scared to death about what’s to come,” an insider tells Star. “She adores Leah, but she doesn’t really want to be tied down with another baby.”

(Before the debate starts, yes the photo above is Photoshopped.)

UPDATE! AMBER IS DENYING THE PREGNANCY RUMORS – CLICK TO READ HER FULL STATEMENT

The insider goes on to say that Amber was suffering from a bout of morning sickness on December 10, but luckily her new boyfriend Clinton Yunker didn’t catch on. In addition to the normal stress of finding out your pregnant, the source says Amber has been with more than one guy and doesn’t know who the father is, adding that Amber hopes it’s Leah’s dad Gary Shirley. “She thinks they’re meant to be together,” the insider says.

CLICK HERE to see Clinton Yunker’s mug shots and arrest history as well as a photo of him and his 19-year-old baby mama Tara!

Pick up the new issue of Star, on sale starting Wednesday, for more exclusive details on Amber’s pregnancy and whether or not she’ll keep the baby.