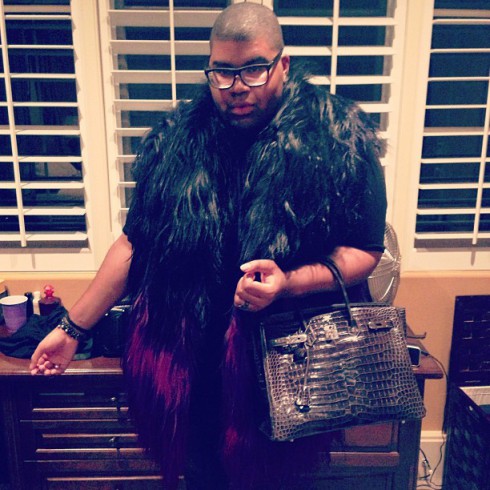 During the first episode of Rich Kids of Beverly Hills, Dorothy Wang casually introduced her long-time friend Earvin Johnson II (aka, EJ Johnson), the son of basketball legend Magic Johnson. Although college commitments in New York City prevent 21-year-old EJ from “series regular” status, he fits right in with the RKOBH crew whenever he visits the West Coast. 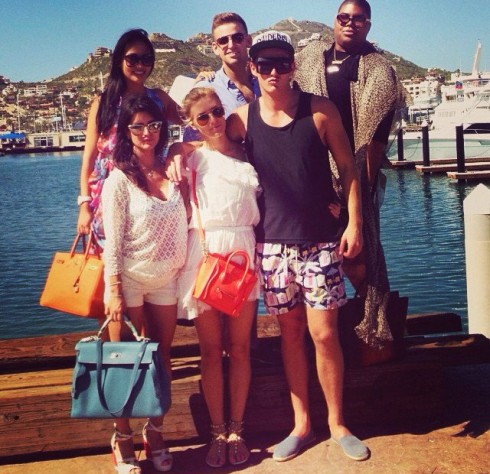 EJ’s limited role on the show is unfortunate, considering he is so frickin’ fabulous. Plus, he’s a true fashionista who runs in seriously credible circles. I mean, you’ve got to be legit to earn an invite to Fashion Police… 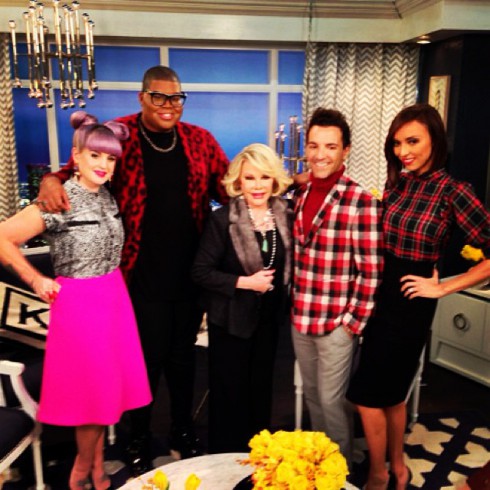 As mentioned on RKOBH, EJ’s father is basketball Hall of Famer Magic Johnson. EJ has an older half-brother, Andre, and a younger sister, Elisa. His mom is Earlitha “Cookie” Johnson, who has been married to Magic since 1991. 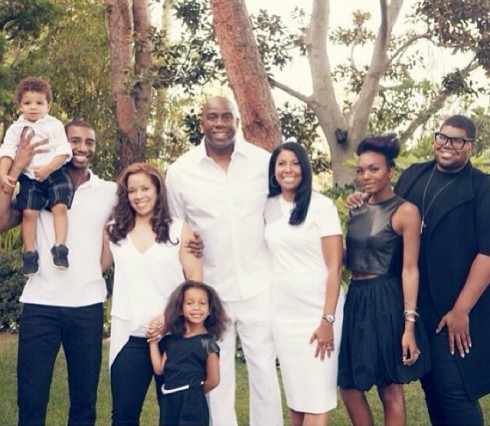 In November 1991, Magic Johnson sent shockwaves through the sports world when he announced his HIV-positive diagnosis. At that time, many people believe that AIDS was only a problem among gay people and drug users. Magic’s openness helped change public perception. He’s remains one of the most vocal advocates for HIV/AIDS prevention.

Magic actively denied rumors that he was gay — which were prevalent because of misconceptions about HIV in the early 1990 — but is an ally for the LGBT community.

This became news again last year when EJ was photographed with a man and later announced he is gay. Magic quickly and publicly supported EJ, who came out to the family when he was a young teenager.

“I don’t care about the backlash, if somebody doesn’t agree, that’s just tough on them. I’m gonna love my son until the end,” Magic told TMZ in April. “He has a right to decide who he wants to be, who he wants to date, and who he wants to marry, and he has decided that that’s a man, and that’s okay by us.”